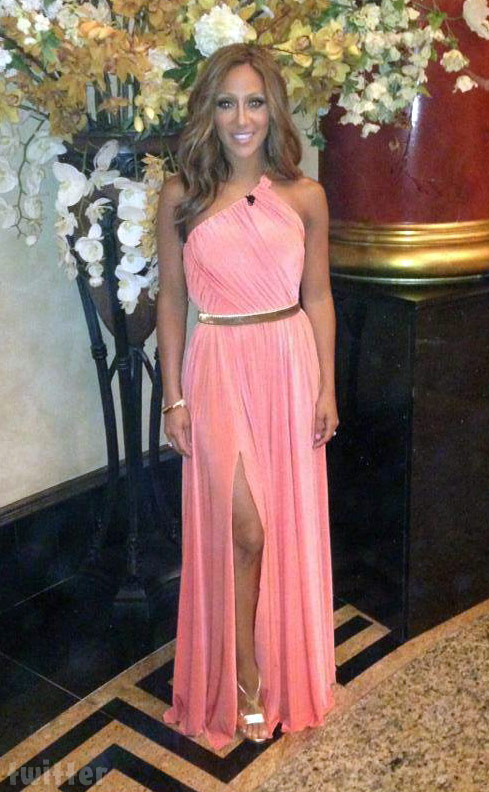 “Everybody knows” that episodes of Bravo’s Real Housewives shows are just prequels to the main event: The Reunion Special! The importance of these now multi-episode drama extravaganzas are not lost on the cast members, who always come dressed to the nines with makeup and hair worthy of an Emmys red carpet.

As might have been expected given the Bravontrepreneurial spirit of the Housewives cast members, The Real Housewives of New Jersey‘s Melissa Gorga has figured out a way to capitalize on the glamorous dramafest by designing her own dress with design house Nicole Bakti, and has made the look available for purchase on Reve Boutique! 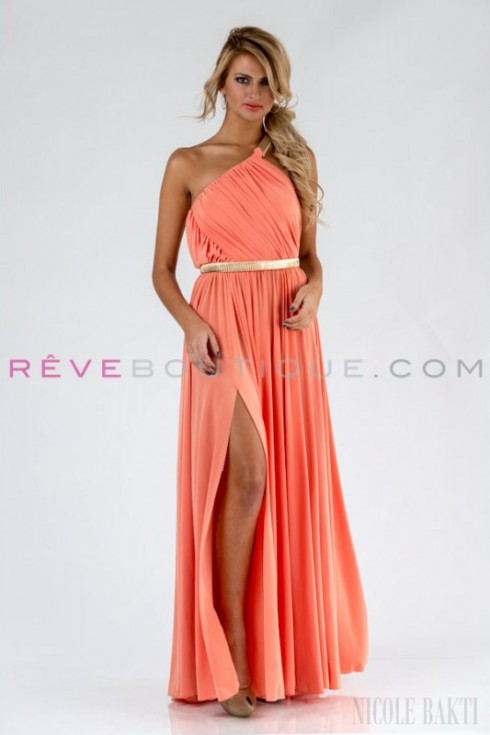 Simply called “Melissa Gorga Reunion Gown,” the dress comes in four sizes: Large, Medium, Small and XSmall as well as four different colors: Black, Coral (like Melissa wore), Emerald and White. Th dress sells for $549, but Melissa tweeted a link to it and added, “use code melissa15 for a special discount!”

Here’s a screen cap from The Real Housewives of New Jersey Season 5 Reunion Special in which Melissa can be seen wearing the dress: 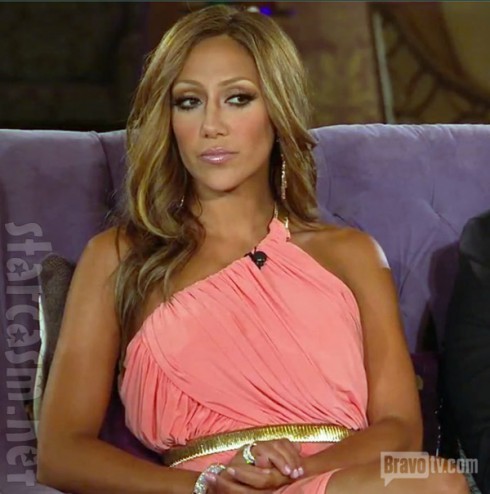 And here’s the description of the dress from ReveBoutique.com as well as some more photos:

This dress was designed by Melissa Gorga for Bravo TV’s Real Housewives of New Jersey Reunion Season 5. This dress is a ReveBoutique.com Exclusive by Nicole Bakti.

This dress comes with one removable belt. 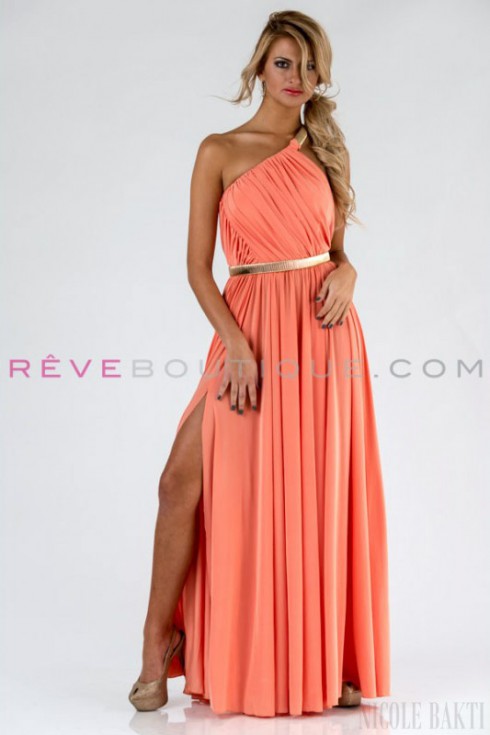 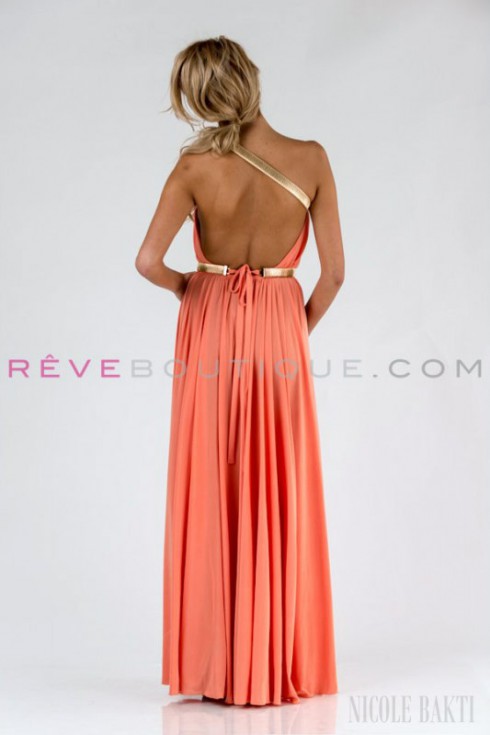 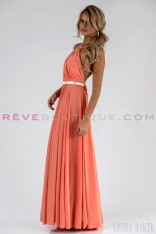 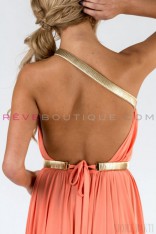 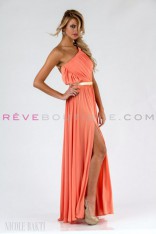