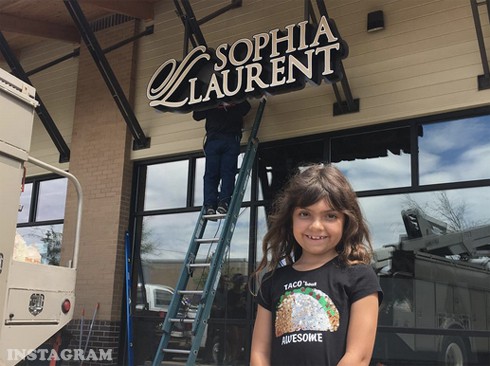 Teen Mom star Farrah Abraham has let it be known that her 7-year-old daughter Sophia will be much more than just a figurehead for her children’s boutique.

Farrah’s recent comments about her #BossBaby will not quell all the critics who argue that she allows her daughter too much freedom to adult. When asked about what kind of role Sophia will play at the soon-to-open Sophia Laurent Children’s Boutique, Farrah told Radar:

“She will be in charge of hiring, firing, picking the best products and clothing to order for the store… Sophia said she may bring her dog Blue in with her while she works.”

Sophia already has her own Twitter and Instagram accounts and has modeled swimsuits. She used to have her own Snapchat account but it got shut down after Sophia started asking strangers to send her messages.

Sophia Laurent is set to open up in Lakeway, Texas on November 11.