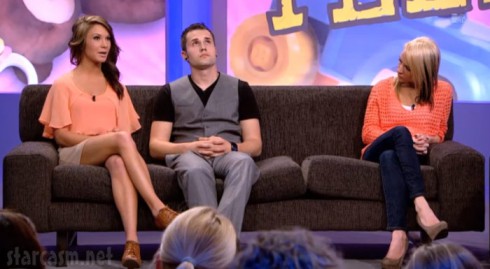 After catching up with Catelynn Lowell and Farrah Abraham in part one of the Teen Mom Finale Special, next week fans will see Dr. Drew sit down with Gary Shirley (Amber Portwood was unable to attend the reunion due to personal and legal issues) as well as Maci Bookout as we find out what all has happened since the MTV cameras stopped rolling on the fourth and final season of the show.

In addition to apparently dropping a cheating bomb, Maci Bookout will also confront her ex Ryan Edwards and his current girlfriend, Dalis Connell. Although there was very little on-camera interaction between Maci and Dalis on the show, their drama behind the scenes (and apparently mostly via text messaging) was a major part of Maci’s story line on the show and since. Check out this preview clip from next week’s Teen Mom Finale Special with Dr. Drew in which Maci and Dalis finally confront one another on camera, as Ryan (for the most part) sits quietly shaking his head and squirming uncomfortably:

The clip starts off with Dalis referencing a text message from Maci to Ryan in which Maci allegedly stated that she and Ryan would be better without Dalis (or something along those lines) to which Maci responded by saying, “I don’t think you want to go there because then I’m going to tell you something you really don’t want to hear.”

Dr. Drew then asks Maci, “What does that mean?” to which Maci responds with, “You can ask him,” as she gestures toward Ryan.

Dr. Drew then asks Ryan, “What’s she talking about?” and Ryan answers with, “I don’t have a clue other than trying to start drama right here on this stage.” (My favorite moment in the clip.) 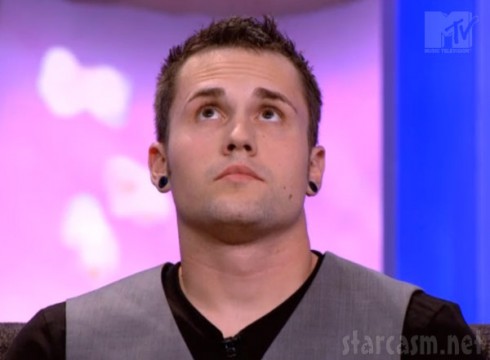 Maci then reveals that Ryan texted her one night stating he had just had a fight with Dalis and wanted to come over and party with Maci, and it was after that when Maci wrote the text back stating it would be better if Dalis wasn’t there. (Ryan was shaking his head, seeming to indicate he never sent the text.)

Dalis then said, “I respect Maci. I’ve made it clear to everyone that I respect her as a mother, and I always will.” She continues by saying she has always been polite to Maci, but she can’t be the mother of Ryan’s child and then also do “ex-girlfriend” things.

From there it became a she said/she said affair with accusations of texting and behind-the-back trash talking, all while Ryan fidgeted uncomfortably on the couch.

So essentially, it all boils down to that fundamental question that has followed Maci ever since her initial appearance on 16 and Pregnant: is she really over Ryan? Is Dalis picking up on some real, lingering feelings, or is she over-reacting? What do you think?

MORE PHOTOS plus VIDEO of Maci and Taylor’s wedding!

Farrah Abraham reacts to James Deen rape allegations: ‘I TOLD YOU SO’