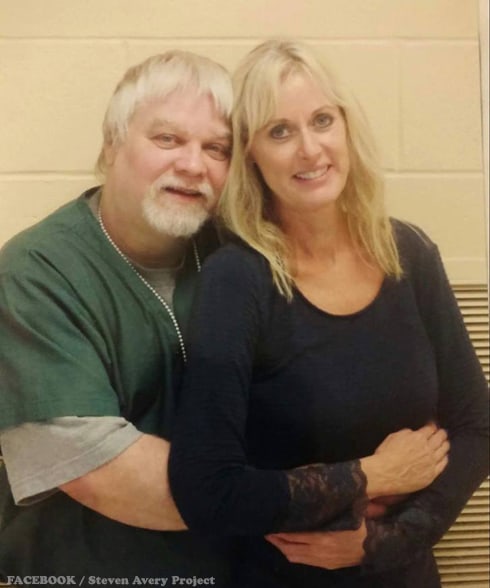 Although they’ve only met in person once, Making a Murderer subject Steven Avery is engaged to legal secretary Lynn Hartman.

Avery, who is serving life without parole for the 2005 murder of photographer Teresa Halbach, and Hartman have been dating long distance for 8 months. Avery told The Daily Mail via a prison phone call:

“She’s going to be my future wife, we’ll be laughing forever… I’m happy, she treats me decent, she loves me, she’s kind of spoiling me right now. I just want to be happy and enjoy my life, I think I did enough time.”

Hartman has received a tremendous amount of negative feedback and has been accused of seeking out Avery merely for his fame. Lynn posted the following message to the Steven Avery Project Facebook page announcing the news:

“I am very happy to announce that Steven Avery asked me to marry him today, and I accepted. It has been a difficult road getting to this point in our lives but we are very happy. Despite all obstacles, and Steven’s wrongful conviction and incarceration, we plan to be married shortly after he is released.”

Avery’s former fiancée, Sandra Greenman, who visited Avery in prison for over a decade, questions Hartman’s intentions. “She’s very pretty, there’s no way she’d want Steven Avery usually… All the family are afraid of her, something isn’t right, I know she wants fame, and she’s looking for money,” Greenman said of Hartman.

Greenman told The Daily Mail previously that Avery receives up to 40 letters a day from women and has become “the strangest sex symbol.”