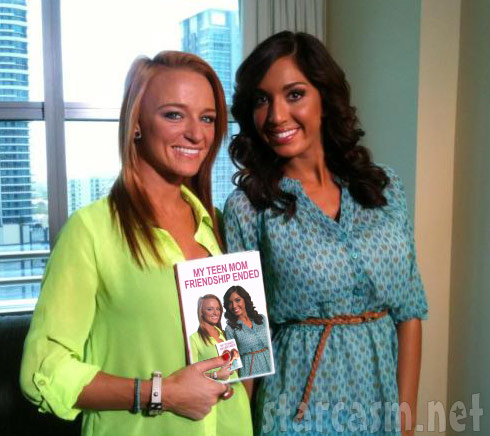 Former Teen Mom Maci Bookout made headlines last week when she was photographed out partying with her ex Ryan Edwards, which was followed by Ryan tweeting a marriage proposal to her. Maci awkwardly avoided the proposal, but of course it (combined with the photo) sparked speculation in the blogosphere that Bentley’s mom and dad might be reuniting.

Yesterday Farrah shared a photo of an OK! magazine article with the headline “MACI & RYAN: REUNITED” on Sulia (It’s actually an older article from July — before these recent events), and with it she offered up her opinion on the possible reconciliation.

Be forewarned, Farrah has admitted in the past that “spelling is’nt my strong point when i’m passionate” because “spelling and punctuation take extra energy away from me!” As a result, her posts tend to read like they were originally spoken in Russian and then translated into English by a barely bilingual Russian fourteen year old.

Here is the tabloid photo followed by Farrah’s thoughts: 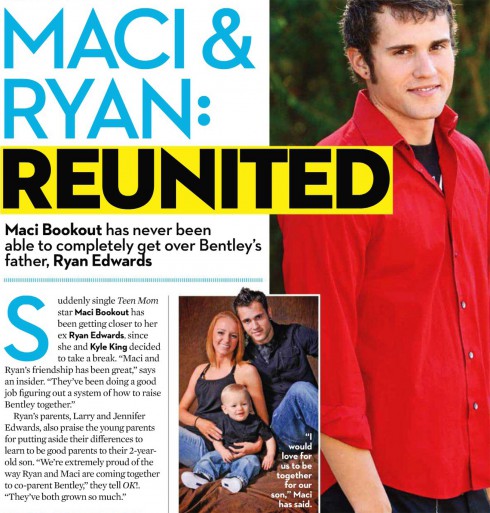 So I heard the hopefulls buzzing of the reunite.

I do feel though it’s ODD

I do think that twitter proposals are not legit

I do know how to say “I DO” the right way

and lastly switching mates around doesn’t mean everyones getting married and dating, that just seems attention seeking, insecure, and desperato!

time will tell, tell me your onlooker thoughts??

My onlooker thoughts are that Farrah Abraham is the last person I would ever drive to Key West with because that girl burns more bridges than General Sherman! In the past she has crossed Teen Mom‘s Gary Shirley and Teen Mom 2 star Jenelle Evans, but Maci Bookout? Oh no girl, you do not want to go there!

I am reading what she wrote correctly, right?

Tell us you onlooker thoughts!