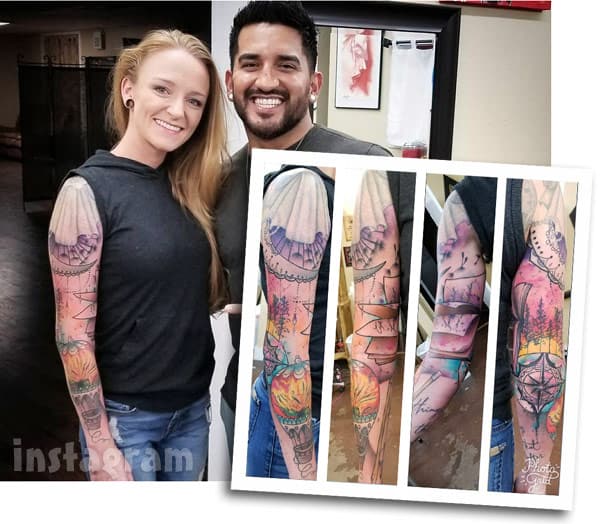 Teen Mom OG star Maci Bookout was the show’s first star to go all out with tattoos, and the mother of three has just expanded her skin art gallery with a full sleeve design by Texas tattoo artist Mike Diaz of Sunken City Ink!

Mike posted two photos of Maci’s colorful new arm on Instagram this weekend and laughed about how much of a celebrity his client has become. “It’s funny to hear that even at the airport and hotel everybody was stunned to see her and asked what in the world she was doing here and glad to be the reason for it,” Mike said of Maci’s arrival in Northwest Texas. Mike then applauded Maci’s attitude, especially given the fact that she had the session after a long trip.

“Def had a lot of fun with this girl,” he wrote in the caption, “given that fact that she was low on sleep and went a whole 9 hours …she just got better with time ?.”

Maci responded in the comments, sharing Mike’s jocular mood. “Haha rare form Maci for sure!!” she wrote. “It was a blast and im so in love with my sleeve.” 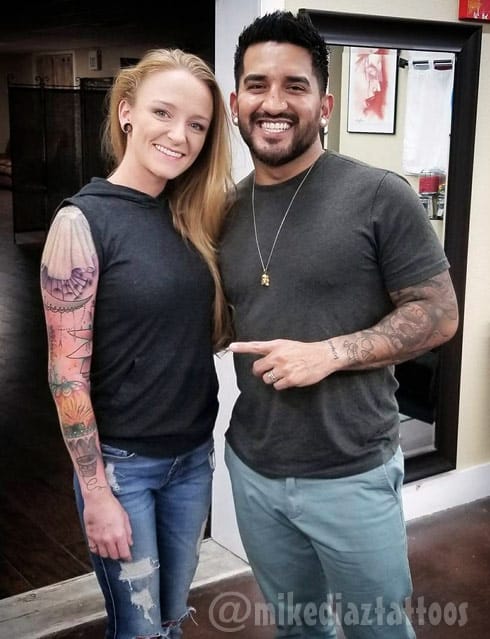 Limb beautification isn’t the only project Mike and Maci are working together on, however. “Me and Maci are also in the process of putting something together for her fans here coming Feb 2-4 at the Lubbock Tattoo Expo when she comes back!” Mike revealed. “So be looking out for a contest soon ?”

Maci confirmed that she will be back in the Lone Star State for the event in her response. “Can’t wait for the expo!” she wrote, before signing off with accolades for Mike’s work. “Thanks @mikediaztattoos ur a killer artist! ????” 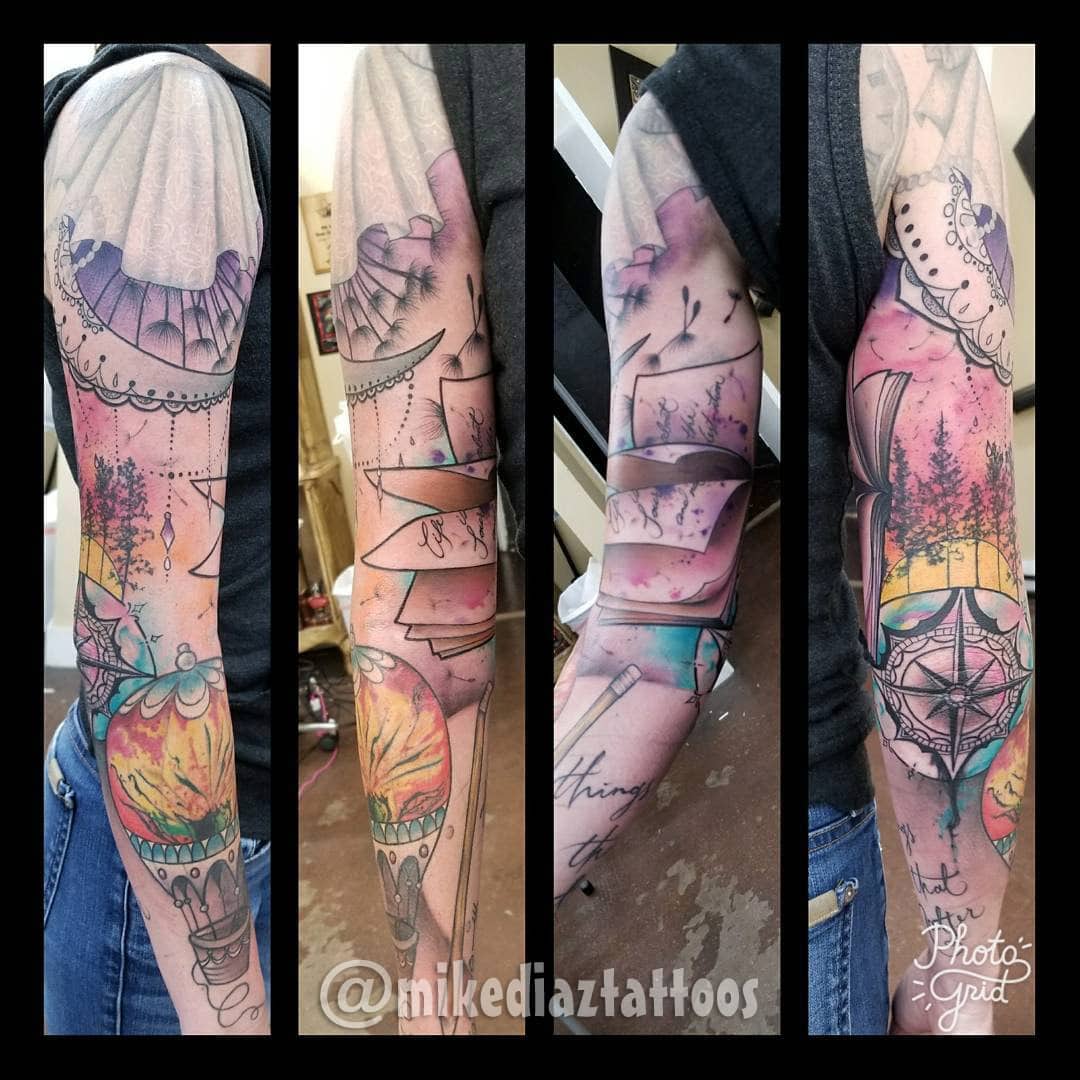 As far as the tattoos, they look to continue the theme of written words on paper that Maci has on her back. She has a pencil, a sheet of paper, and an open book with words about love. She also has “Things That Matter” written in cursive, as well as a hot air balloon and a compass rose.

For Maci (and tattoo) fans in West Texas, I looked up the Lubbock Tattoo Expo and I saw “Maci’s apparel” listed under the list of vendors — so I am guessing that Maci (and maybe Taylor?) will be present with a Things That Matter booth? And Mike mentions a potential contest too. Hmmmm… I’m sure we will know more soon!

So what do you think about Maci’s new ink?