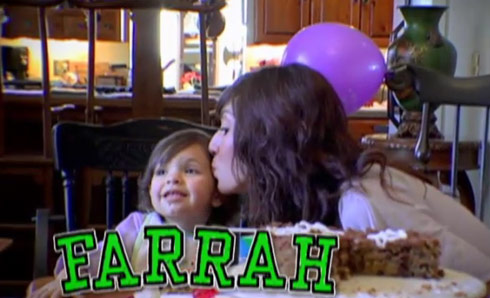 The premiere for Teen Mom Season 3 is tonight and we’ve previewed a little of what you can expect from Farrah and Maci as well as Catelynn and Amber. In yet another primer (as if we aren’t already ready already) Farrah Abraham got candid in an interview with TV Guide on the heels of her revealing what we all suspected was true that she had her breasts enlarged.

If Farrah’s recent openness is any indication Season 3 should be one heck of a ride. In summary here are some of the candid remarks made by Farrah to TV Guide:

The Teen Mom was asked about her opening up about the passing of the father of her daughter Sophia, Derek Underwood, and she explained that through counseling and dealing with the grief she decided to finally discuss it on the show but it was still difficult. “Losing somebody I loved and planned on having a relationship with was a big shock to go through, and I didn’t want to do it if I was doing a TV show.” She added that, “It’s something that’s pretty emotional, and I work through it daily. I think I’m working on it better now and trying to have relationships. It’s a process.”

Her now confirmed plastic surgery is also going to be a big part of her story line and it all relates to the reality star’s struggle with body issues. Her answer hints at some possible regret in having breast augmentation. Abraham said, “I’ve been trying to understand that God gave me the body I have and to truly love myself more. I hope other moms can find self -love after they have a child and learn to work out and diet and do things right. That’s something big I’m looking forward to look at and learn from because I need to process it.” She stated that it’s hard emotionally for moms to deal with how their body adjusts after having a baby. 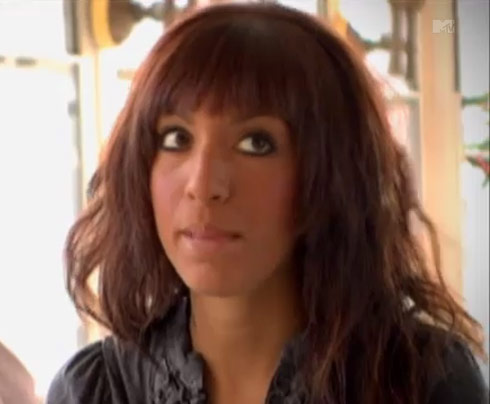 We have impassioned and outspoken fans here at starcasm for Teen Mom so when Farrah addressed the massive amounts of negative feedback she receives it was something I certainly could relate to. I think her answer was fair and very real. She explains that via the show she’s shown going out and that many wonder why she isn’t with Sophia and accuse of her being a bad mother and even a whore. She argues that just because she’s on a show she should still be able to have a life, that she works hard and that, “I’m just getting a free dinner and some drinks, so why not? I feel bad for other single moms that have to hear the same sh!t. I hope it’s different for other people.”

I think this subject is an interesting one so I’m going to start a thread on our message board about it. Head over there and let us know if you think Farrah’s an irresponsible mother or that, like she said, a hard working single mother can still date and be a full time mom to?

On the topic of working hard she explained that she’s going to class for a Bachelors in culinary management with hopes of owning and running her own restaurant some day. I think “Sophia’s” would be a great name for a hip eatery. 🙂 She went on to explain that she does believe she’s a role model:

“I believe I’ve earned that title. I take time and give advice to other teen moms and teenagers … and it helps their lives. I care about other people. That’s why I do this show.”