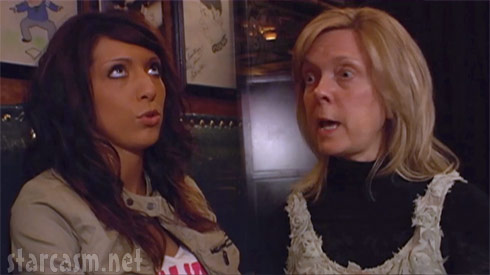 Farrah Abraham and her mother appeared to be getting along when TMZ cameras caught up with them at an airport recently. Although Debra was asked some tough questions, she seemed to clearly be on Team Farrah. Unfortunately, things have apparently gone south since the interview, and today Farrah reportedly moved out of Debra’s house where she had been living.

According to TMZ, Farrah and her mother have been arguing for days now over Farrah’s sex tape. You might recall that Debra previously denied the tape existed, stating that her daughter “wasn’t raised that way.” Once she found out the truth, it caused a divide between them that they couldn’t come back from. 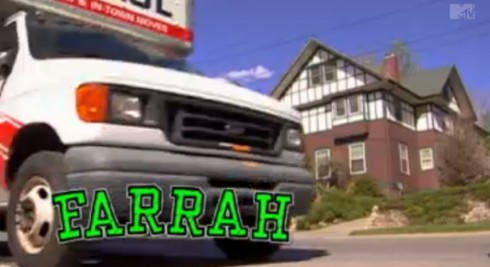 Earlier today, a U-Haul truck was spotted in front of the family’s Iowa home and on the back of it was Farrah’s green Fiat — the one with the Blow and Go installed inside. (I assume Farrah wasn’t driving the U-Haul — perhaps he got her dad to drive it once again?)

Sources claim that after getting fed up with her daughter’s behavior, Debra kicked Farrah out of her home, but Farrah says otherwise. “After meeting with my counselor today, I’ve packed up everything and I’m not talking to my mom anymore,” Farrah tells TMZ. “My mother will never be a good mother to me and it is too hurtful to deal with let alone have my daughter Sophia around it.”

Yesterday, Farrah posted a video of herself asking for her “Keekers” to send her their cleaning tips. Perhaps she was getting a head start on moving?