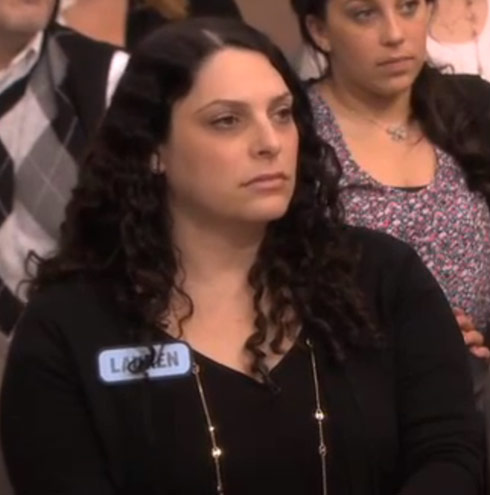 In the countless numbers of articles written about 16 & Pregnant, Teen Mom, Teen Mom 2 and now Teen Mom 3, relatively little has been said by or about show creator Lauren Dolgen. In a recent “So What Do You Do” write-up via Media Bistro, the MTV executive discussed her creations and the endless debate that will forever rage about the franchise…

Critics have accused two of your most successful shows, 16 & Pregnant and Teen Mom, of “glamorizing” teen pregnancy. How do you respond to the backlash?

My response to that is, I don’t think we glamorize it at all in the show. I think people hear [about] 16 & Pregnant or Teen Mom and get one idea, and then if you watch the show you realize that it is nothing like what you expected. It is a very true, very real portrayal of what these girls are going through and how challenging it is to be a teen mom. And I think if you watch the show you realize there’s nothing glamorous about being a teen parent. And the truth is that when I do see the girls in the tabloids or [hear] people asking about the glamorization, I really do say, “At least people are having the discussion now.” I mean, they were not talking about teen pregnancy at all when we first created the show. So, I say bring on the criticism, because we are actually dealing with it in a very real way, and at least it’s being talked about and discussed now.

Dolgen, the daughter of Hollywood power player Jonathan Dolgen, has reasons to be confident about discussing the shows she made a reality TV reality. In a late May piece from Deadline, it was revealed that Dolgen had been promoted to Head of West Coast Reality, EVP of Series Development for MTV. The network’s president of programming, Susanne Daniels, said of Lauren:

“I have worked with many talented television executives but Lauren’s ability to tap into such a vast array of characters, formats and narratives is truly extraordinary. From mining the antics of a group of hysterical pranksters with “Jackass,” to producing one of the most exciting music and dance competition shows with “Randy Jackson Presents: America’s Best Dance Crew,” to developing the honest, bittersweet stories of teenagers navigating parenthood in “Teen Mom 2,” Lauren’s influence can be felt across MTV. Her sensibility resonates with our audience with just the right blend of outrageousness and heart. Producers love to work with her and I’m very much looking forward to working with her in this new role.”

So what was that light bulb moment that inspired Lauren to come up with the idea of 16 & Pregnant? It turns out that it was from a magazine piece about Jamie Lynn Spears’ pregnancy. In an article penned by the MTV producer, who keeps a hidden social media profile, (there was only one promotional image I could find of Lauren in a search – that’s why we used the above screen cap from her appearance on Dr. Oz’s Teen Mom special) for CNN back in 2011 she revealed the “a-ha” moment. 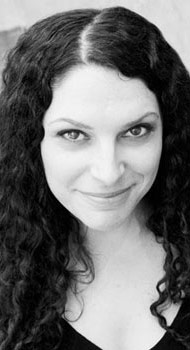 MTV’s “16 and Pregnant” and “Teen Mom” have been called one of the best public service campaigns to prevent teen pregnancy. However, some critics have criticized the shows for “glamorizing” teen pregnancy.

Whether you like these shows or not, they have sparked a long-overdue national discussion on this issue.

Three years ago, I was flipping through a magazine when I read an article that stopped me cold. Jamie Lynn Spears’ pregnancy was a lead story in the news, but this piece talked about the 750,000 other teenage girls who get pregnant each year in the U.S., the ones who were not from wealthy, famous families.

This was an issue affecting our audience: something happening to them, their friends and people they knew. I kept thinking about these girls, the ones whose stories weren’t being told. The U.S. has the highest rates of teen pregnancy and teen birth in the fully developed world — but at that time, no one was really talking about the harsh reality these young women were facing.

I felt like we had to address it. I wanted to help give these teenagers a voice, and to share their stories without passing judgment in a way that could start a real dialogue about the issue.

Dolgen discussed the same anecdote about the creation of 16 & Pregnant while directly addressing the “glamorizing pregnancy” argument when she appeared on NPR’s Talk of the Nation:

You know, I think that anyone who can say it glamorizes it hasn’t seen an episode of the show, because this is a very unvarnished, very honest look, and these girls’ lives don’t wrap up with a pretty bow at the end… I mean, they have a lot of struggles, and they are kind of thrust into adulthood, and they sacrifice everything to raise these children.

When asked about her hopes for the show during the 2011 interview she stated, “I think the best thing that could come out of this is that we can’t cast this show anymore.” It should be noted that Dolgen is listed as an Executive Producer for the upcoming first season of Teen Mom 3.

Here’s the full interview – it’s a really interesting listen if you’ve got the time.

In the recent Media Bistro piece they really got down to the heart of the matter in regards to how reality TV begins with virtual unknowns during casting and can sometimes turn them into stars, which changes the nature of who they were when they were cast.

One of the downsides of reality TV is that the stars become famous and less of the everyman/woman figure that initially got them casted. How does that affect your job as a producer?

You know, I feel for some of the girls and the kind of attention that they get. A lot of these girls did not get into this — I would say most of them did not get into this — to be TV stars. And we certainly don’t use the word “star” or “celebrity” when dealing with them. When we first did 16 & Pregnant, these girls thought they were going to be a part of a one-off special that focused on their experience during a very fragile and very serious time in their lives. And a lot of them got involved in this to actually help educate other girls. So, I do feel for some of them that are portrayed in a negative light, and I think it’s always hard for someone to put themselves out there on television [and] to accept the criticisms and all that comes with having the attention on them.

There you have it… What started as a simple idea sprung from an article about Britney Spears’ sister has become one of the most talked about TV franchises of the last decade. And it’s all thanks to Lauren Dolgen, like she says, whether you like it or not.