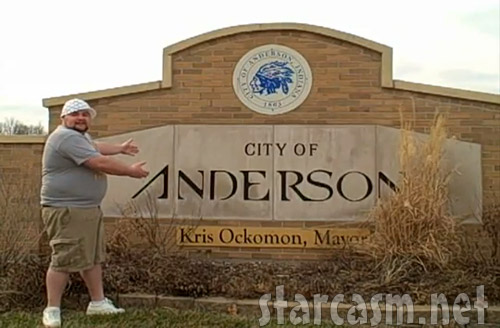 After filming was complete for Amber Portwood and Gary Shirley’s episode of 16 and Pregnant and before production began on the first season of Teen Mom, the hefty baby daddy created a video application to be a contestant on Biggest Loser!

The video begins with Gary standing in front of the City of Anderson sign and he introduces himself by saying, “Hi, my name’s Gary Shirley and I’m from Anderson, Indiana. I’m 22 years old and I wanna be the next Biggest Loser!”

That’s followed by a grungy rock and roll guitar riff and a montage of fast food restaurant signs and then a beardless Gary Shirley takes us on a narrated stroll through some sort of park, during which he explains why he should be on Biggest Loser while pushing Leah in a stroller. 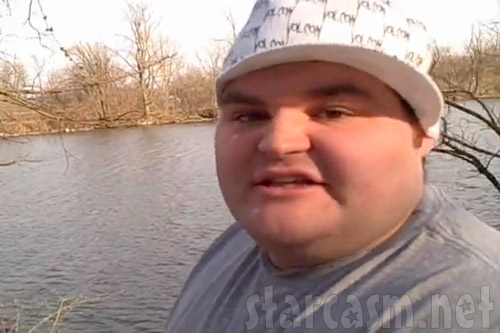 My favorite quote from his sales pitch is when he says, “I’m super-competitive when it comes to sports. I always want to win, especially in video games, which is currently my sports I do.”

In addition to Leah, we also get a couple guest appearances by Teen Mom Amber Portwood, who is able to use her small amount of screen time to show her undying support of Gary’s bid to lose weight by slipping in a couple sarcastic barbs, including interrupting Gary’s list of foods that he likes by saying, “as long as its fried.” To which Gary quickly responds, It doesn’t have to be fried for me to eat it. I like pizza too.” 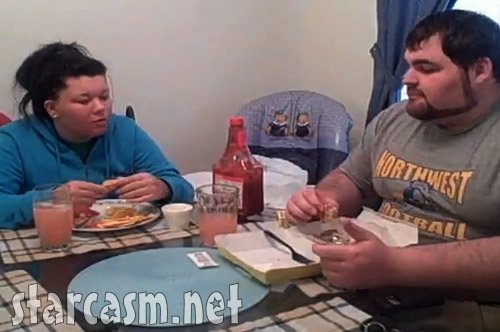 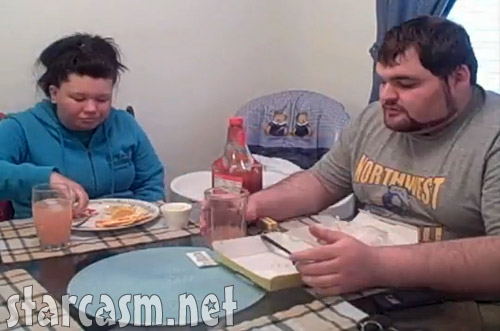 Gary continues his sales pitch sitting on the couch holding Leah. He’s able to talk uninterrupted by sarcasm or physical violence because he explains that Amber is asleep upstairs. (Leah looks adorable by the way!) Gary talks about someone he knows that died early from health issues stemming from being obese.

He also reveals that Amber is a big reason why he wants to be on Biggest Loser: “I have my fiance, who’s upstairs sleeping right now, and I want to do it for her. I want to make her happy. I want to better my relationship with her because, you know, she’s scared for me. I want to help my sex life because God knows me being big ain’t helping anything.”

He wrapped up his couch presentation with a failed attempt at an assertive statement: “I know that, unless there is someone that’s way more determined than me, I’m gonna walk away with the money also.” 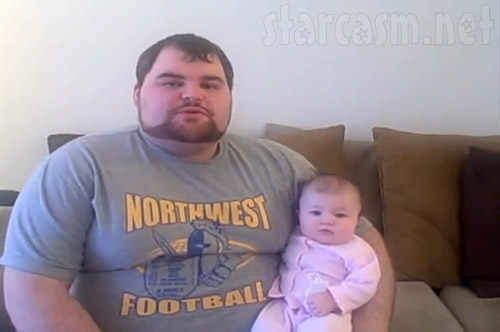 The video concludes by returning to the narrated beardless stroll through the park and Gary talking about all of his bills and how much he needs the money.

It’s a real shame Gary didn’t make the cut because in addition to the health benefits associated with losing wait he could have spent that time not getting beaten up by Amber!

The video is pretty well produced which makes me thing Gary might have struck a deal with one of the MTV crew members to make the video. It would be pretty hard to turn someone down who wanted your help to lose weight and prolong their lives. Now that Gary is on the cover of most every tabloid every other week he might consider joining the cast of Celebrity Fit Club!