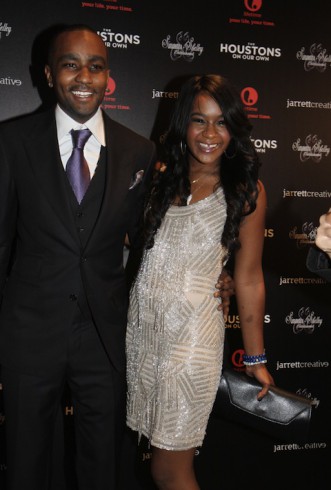 Bobbi Kristina’s organs have begun shutting down and the 21 year-old is dying, according to reports from TMZ and the New York Daily News. The daughter of Whitney Houston and Bobby Brown, who was discovered unresponsive under drug-related circumstances similar to those of her mother’s overdose and eventual death in 2012, has been hospitalized for over two weeks.

Since that discovery, there have been a number of different, often-conflicting reports about her health: some family members report that the young woman is near death, while others insist she is fine.

And, for a time, it looked as if Kristina might indeed be improving. At a candlelight vigil outside Kristina’s Atlanta hospital this past Monday, her aunt Tina Brown said that her niece was getting better. This was at the same time that Keolah Brown, another aunt, reported that Bobbi was moving her eyes and responding to treatment.

Now, some of those same family members say that, because Kristina is going through organ failure, it doesn’t matter that father Bobby Brown wants to keep her on life support for as long as possible. Brown insists that his daugther stay on life support due to his religious views.

While not every member of the Brown family agrees with Bobby’s decision, they say they will respect it–at least until the point when life support is the only thing keeping his daughter alive. Unfortunately, with members of both families and close family friends gathered in Atlanta to say their farewells, it looks as if that time might be very near.