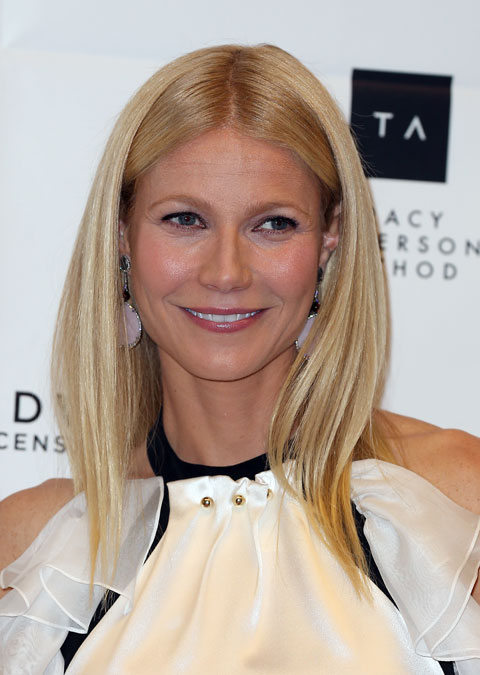 For the second time this year Gwyneth Paltrow is speaking out against Botox. While Botox can keep lines from deepening or being created at all by freezing muscles in your face, it can make it difficult for a person to express emotion, or even feel it.

Gwyneth tried it for a while, and you could really tell, but now she’s off the ‘tox for good.

“I don’t like Botox. I think on some faces it works, but it’s when you can really see it that it starts to look fake. I think people look at tiny patches of their face and try to fix everything — they’ve lost the plot!” this year’s People‘s Most Beautiful Woman told UK’s Cosmopolitan.

Even though she often praises detoxes, and wrote a book about an extremely restricted diet, she says in the magazine that she loves to indulge in Starbucks, cheese, and french fries. Gwyneth has also admitted that she indulges in an occasional cigarette.

“I love Starbucks — I’ll have a cappuccino,” she says. “My guilty snack in the UK is cheese, and in America, things on buns: a lobster roll and French fries, or a turkey burger with cheese.”

Gwyneth doesn’t use Botox, but she does have a few skincare treatments. “I stock up on products from French pharmacies. They have amazing burn creams and makeup removers. I love how French actresses age but don’t really do anything about it — it’s beautiful.”
She’s not afraid of the sun, which is known to prematurely age the skin, and even put you at risk for skin cancer. “We’re human beings and the sun is the sun — how can it be bad for you?” she muses. “I think we should all get sun and fresh air. I don’t think anything that is natural can be bad for you — it’s really good to have at least 15 minutes of sun a day.”

Along with eschewing Botox, the actress also says she still hasn’t had plastic surgery. She doesn’t just stick to French skin treatments, though. She recently tried a laser treatment called Thermage. “I don’t mind a few wrinkles and freckles,” she told The Daily Mail. “I had this laser treatment recently, Thermage, and it took a couple of years off my face but I haven’t had any plastic surgery yet.” Thermage works by increasing collegen production by applying radio waves to the lower layers of the skin. In the US a treatment might cost between $2,000 and $3,000.