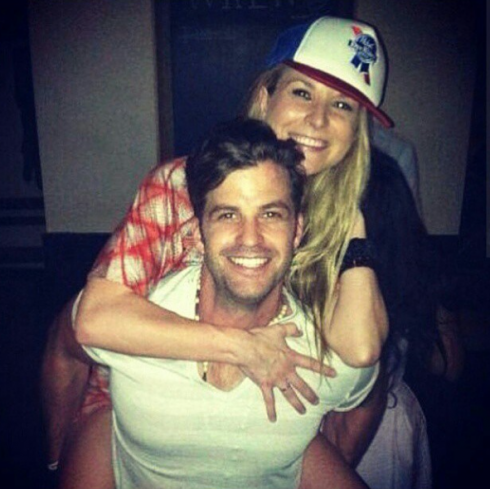 Johnny Bananas is known for being a fierce competitor on MTV’s The Challenge. In fact, he has won 5 of the 11 Challenges he’s participated in, making him the most successful competitor in the show’s history. Along the way, he’s made his fair share of enemies, but has also gained life-long friendships, like with Diem Brown.

After she passed away from an intense battle with cancer, Johnny knew he had to do something to keep her memory alive, and started a fundraiser called Diem Strong. The idea for the fundraiser was simple: sell t-shirts in Diem’s honor and donate the money to someone battling cancer.

We talked to Johnny about his friendship with Diem and his desire to help others in need. “I wanted to be able to do my part to help her continue to spread awareness and get her message out,” Johnny told us.

Bananas spearheaded the entire fundraiser himself and did all the work completely on his own. From the creation of the shirt, to the marketing, even packaging and shipping the shirts himself, Johnny felt it was a small gesture in Diem’s honor. 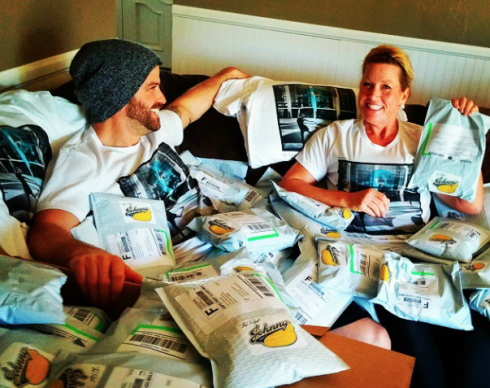 The shirt is a picture of Diem in front of the American Ballet in NYC. Former boyfriend C.T. snapped the shot of Diem doing what she did best: dancing. Beneath the picture is a Proverb: “She is clothed with strength and dignity, and she laughs without fear of the future.” Johnny said he feels the Proverb encompasses Diem’s heart and spirit. 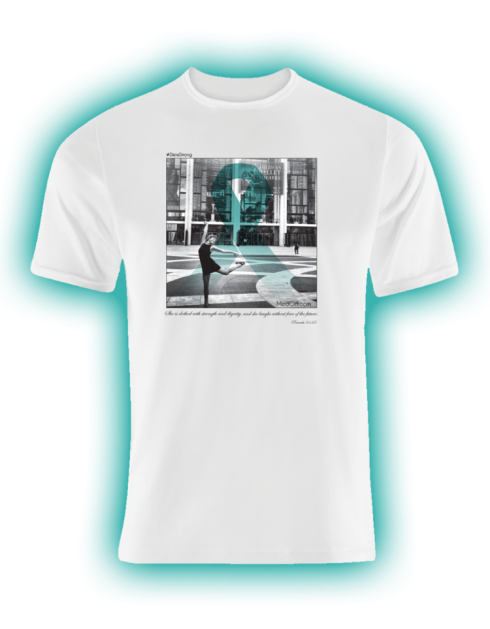 After promoting the shirts via social media, the orders started pouring in. 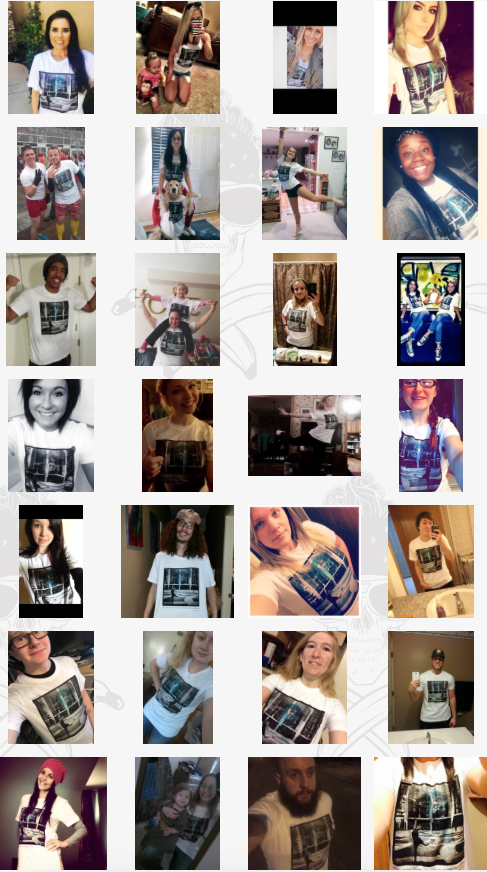 With a few t-shirts and a couple of tweets, Johnny raised $8,000! Then came the hard part: choosing who would receive the money.

When this picture of 13-year-old Kasey Harvey popped up on Johnny’s Twitter feed, he knew he found something special. 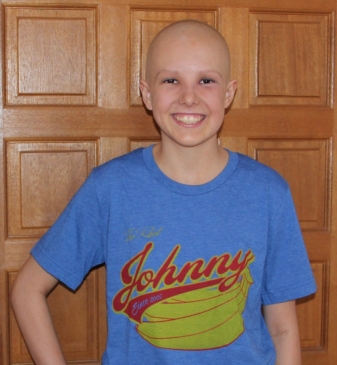 “There was a picture of this adorable little girl, bald head, with my Johnny Bananas t-shirt. She had this huge smile on her face and fighting cancer. The decision was made for me, ” Johnny said. “I really do think [giving her the money] was meant to happen.”

Johnny and his production crew headed to San Diego to surprise Kasey with his gift. Even though MTV later picked up the story, Johnny hired the crew and created the video on his own. Check it out:

Kasey is an average 13-year-old girl who loves playing goalie on her soccer team and hanging out with friends. With Johnny’s help, Kasey will have the extra support she needs to beat cancer once and for all. 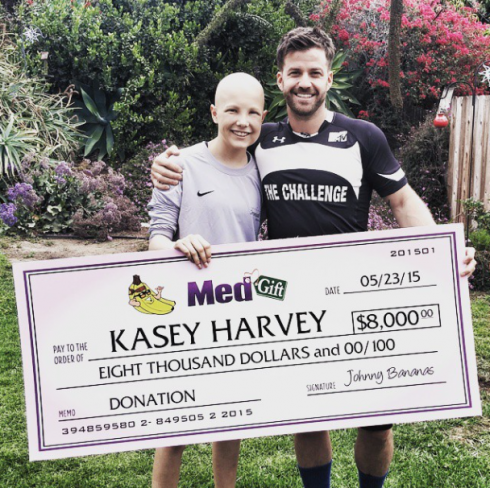 And we couldn’t talk to Johnny Bananas without asking him about The Challenge. What happened to his relationship with Sarah after she made the bold move to throw in Team Banany on Battle of the Exes II? 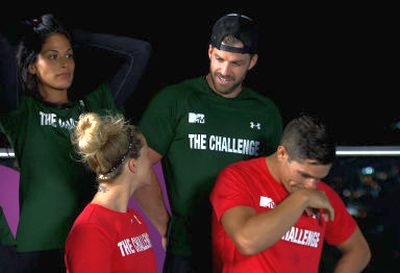 “I’m not mad at Sarah. I’m not going to allow her to, in any way shape or form, affect my current life. As far as friendships are concerned, I think some things were made clear just based on what happened. Some friendships just aren’t meant to be, ya know?” Johnny said. “That friendship ran its course.”

After competing in eleven Challenges, will Johnny be back for another?

“If you think after what I’ve accomplished on these shows that I’m going to go out the way I did on the last one, then you’re sadly mistaken. I will say that there’s definitely something in the works and get your popcorn ready.”

If you would like to donate to Kasey’s cancer fund, visit her MedGift page or head over to her website.

PHOTOS MTV’s The Challenge veteran Sarah Rice wed over the weekend; find out which cast mates were in attendance