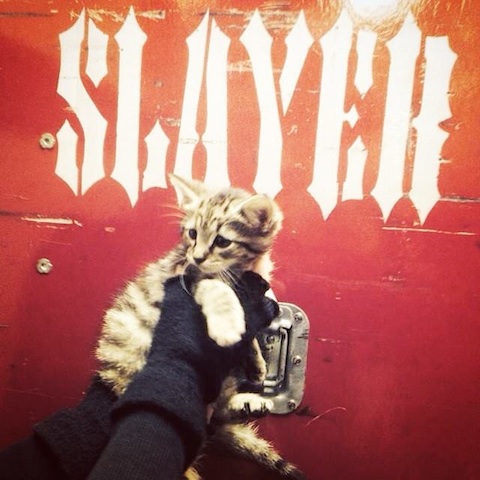 Hell might await for some, but it’s raining cuddles in Indianapolis, thanks to thrash metal titans Slayer.

The band, casting its usual black magic on a nationwide tour this fall, came upon a cast down cat after exiting an Indy steakhouse. The homeless man who held it offered to sell it to the band for a dollar (and not to put it on an altar of sacrifice, as some reports have claimed), and Jess Cortese, the band’s assistant tour manager, decided she’d rather be a spirit in black than show no mercy to the freezing critter.

So Cortese, under the same mind control to which we would all find ourselves victim, took the cat back to her bunk on the bus, where it slept with her well before dawn, in the process staying as warm as if it had been born of fire.

Then, after the band’s screamingly great show left area fans silent, one of Slayer’s roadies reached out to a friend, who has since rescued the cat from the live undead, adopting it and naming it Gypsy. 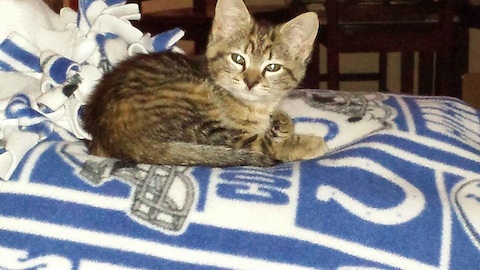 Yes, it might be a “die by the sword”-type world, but Slayer have seen enough killing fields to know when to pull back from the seasons of the abyss.

It’s a bitter peace for the band members, though, who are said to have grown quite attached to the cat–though not enough to admit “Jesus Saves” in order to get it back. 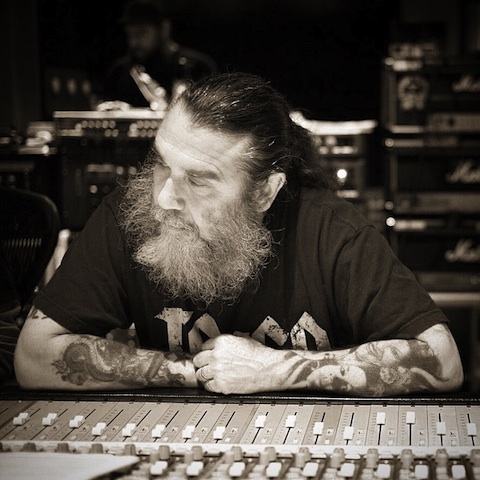 Slayer’s new album will be out next year.