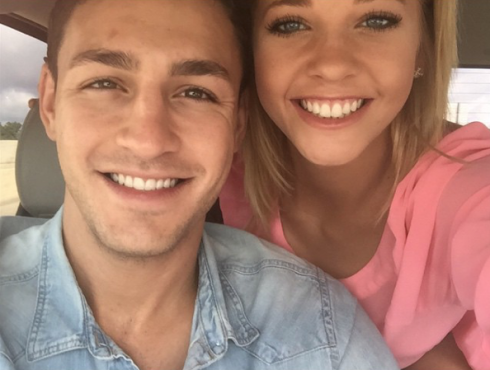 It seems like just yesterday we were reporting the happy news that The Real World roommates Madison Channing and Tony Raines were still dating and expecting their first child together. 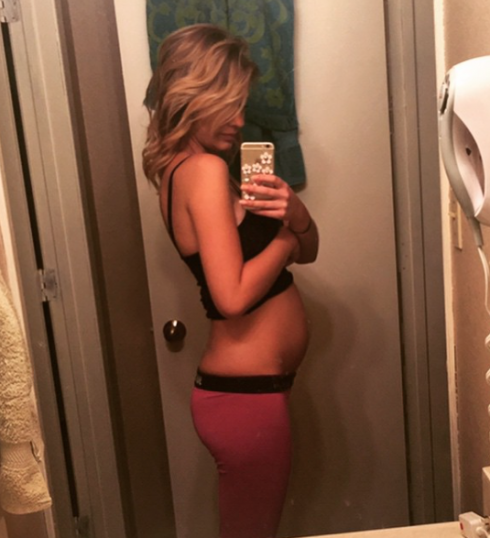 Everything seemed to be going well until rumors began swirling that the couple were no longer together. Tony took to Instagram yesterday to confirm the sad news:

Alright, everyone is asking and yes, Madison and I did split up. The reason, I’m not sure if that should be made public. I’ll leave it up to her out of respect, even tho I was hurt… I never wanted things this way but I trust God has a plan. Thank y’all for understanding. 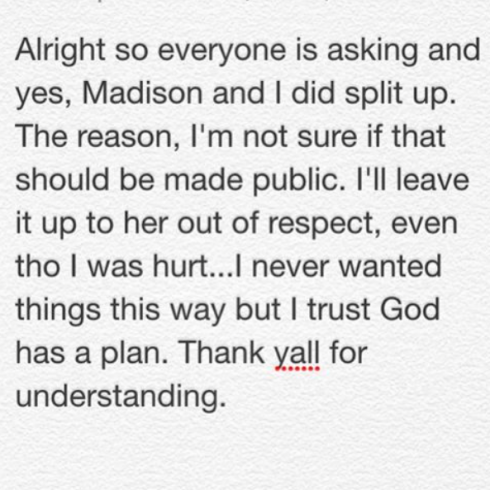 Tony later added, “Sorry I can’t go into more detail this is just a very private and personal situation we are going through. Thank yall for the positivity!” and “Sorry for the lack of detail this situation is hard to deal with and we are trying to go about it the best way we can.”

I know there is a lot being said over social media right now. And I love and appreciate everyone of you guys. But what it comes down to is that Tony and I will both be great parents no matter what. But all the negativity is just adding more stress on me which isn’t healthy on me nor the baby. I’m just trying to be positive and look toward the future! With Love- Madison 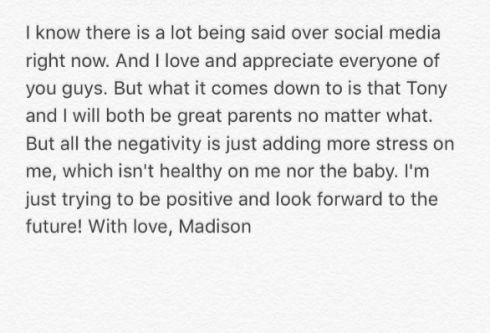 As Tony pointed out, the big question is: Why? What caused the couple to split just weeks before their first child, a son, is due?

The pair have been tight-lipped about the situation. There aren’t any clues that indicate a reason for the break up.

Both Tony and Madison, however, have shared tons of quotes on social media. Could these passive-aggressive posts hint at what went wrong?

I’ve been blessed in my life no doubt but I got a ways to go! #CameFromNothing #IDGT #WannaSeeMyPeopleShine

I posted a sarcastic woman crush Wednesday pic last night and after reading the comments I realized maybe it came off the wrong way but I’ve been through a lot lately and not sure how to handle it all…I’ve never dealt with anything like this before. A photo posted by Tony MTV (@t_raines) on Sep 24, 2015 at 2:52pm PDT

Despite the dramatic scenario of breaking up while expecting your first child together, the couple appear to be somewhat amicable. Madison and Tony are still following each other on social media, and they haven’t deleted old pictures taken during happier days.

One thought regarding the breakup is Tony’s rumored appearance on the next season of The Challenge. Could their split be a stunt related to his next MTV appearance? Far-fetched but not out of the question…

Time will tell whether the couple is done for good or if they are able to make it work for their family.