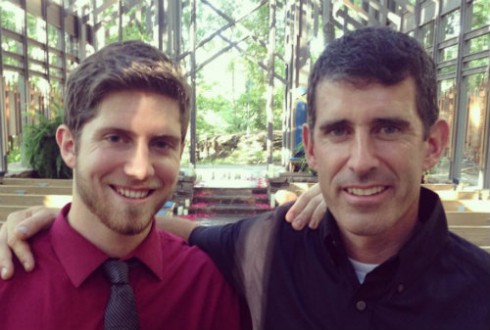 Jessa Seewald’s father-in-law, Mike Seewald, has proven before that he isn’t shy about voicing his opinions on various issues — and the new revelations about the Duggar family are no exception. In a lengthy blog post titled “Grace Greater Than Sin,” Mike defended Josh, Jim Bob, and Michelle Duggar, and criticized the sharks “in a feeding frenzy.”

Mike began by saying he would rather not dredge up past sins, especially because it was “laid to rest well over a decade ago with Josh’s repentance and reformation.” However, he said he was compelled to defend son Ben Seewald’s in-laws.

“I believe that Josh’s parents acted in a way that godly parents should. They did not turn a blind eye, but earnestly sought help from the church, counselors, and eventually the police. Maybe they didn’t do it in a way that pleases everyone, but they acted decisively to confront the sin, to call a penitent son back from his errors, and to seek to aid the hurting victims,” Mike said, even though there’s been no real mention of how the victims were counseled. “In their efforts to salvage the wreckage that these transgressions brought, and bring healing to all involved, Jim Bob and Michelle are to be commended.”

Mike added the Duggars’ parenting style isn’t to blame for what happened, as “this type of thing is all too common,” even among Christian families:

There are others that see this episode as a result of sheltering and repressing human desires. The stupidity of some people is mind boggling. Fan the flames of youthful lust and you end up with what we have: unprecedented numbers of unwed mothers, millions of abortions, rampant STDs, and the unraveling of the fabric of our whole society. Josh didn’t sin because he was repressed, he sinned because like all of us he is a sinner. 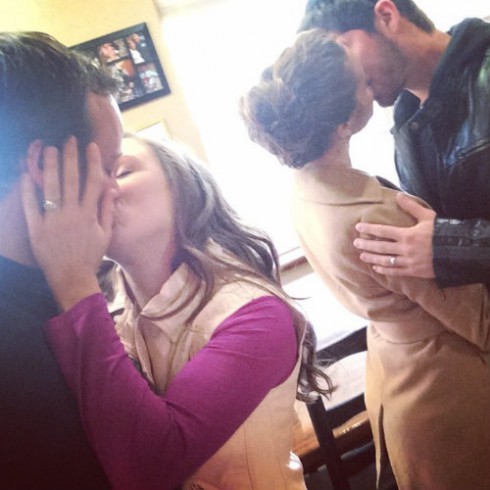 Josh and Anna Duggar with Ben and Jessa Seewald in November 2014.

There are many of you that are reading these words right now having had thoughts and deeds no better than what Josh had and did. Here is a warning for everyone reading this, by condemning a repentant sinner you have placed yourself in the place of God….I want to say to Josh, hang in there, the shame you feel is legitimate, yet Jesus took your shame as he was punished in your place. Rest in his forgiveness and grace.

Mike concluded on an interesting note by offering advice to sexual abuse victims.

“Stay away from the abuser if at all possible, or avoid being alone with them. If the abuser is in your family, you may feel conflicted,” he said. “You may love this person and can’t understand why they are hurting you. No matter how much you love the abuser you must tell someone. Remember, it is never okay for someone to treat you that way even if they are a parent, a sibling, or a friend.”

In most of the 500+ comments, people seem to agree with Mike’s stance — with some taking the argument even farther by saying Josh’s sins weren’t as bad as those of “unrepentant” homosexuals.

“The difference is they acknowledge what Josh did was sin and they sought forgiveness,” one said. “This is not the case with homosexuals who continue down a road of destruction.”

“If Josh had continued in his sin and amassed more victims, there would be no lauding. He sinned. He admitted it,” another said. “A homosexual is a sinner if they are leading a homosexual lifestyle and when they flaunt their lifestyle for everyone to see.”

Many more are respectfully disagreeing.

Neither Jessa nor Ben have posted anything to social media since the 2006 police investigation was unsealed last week. After the report was published, an Arkansas judge controversially agreed to expunge Josh’s record at the request of one still-underage victim.

Amy Duggar opens up on being born out of wedlock, her parents’ relationship