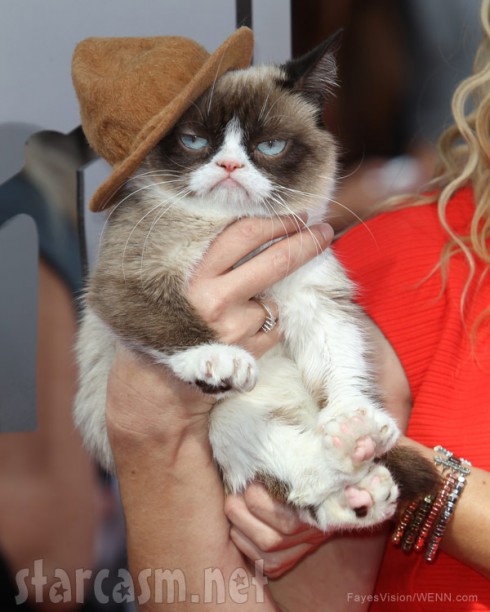 Grumpy Cat ruled MTV’s Movie Awards tonight and all she had to do was show up in Pharell’s hate and pass out in the front row.

It’s a good time for cats. It’s now hip to be a cat lady, and Marc Maron is making it cool to be a cat man. The internet’s inundation with funny cat videos and photos has not satiated us, but left us craving for more feline fun. We can’t get enough of cats, and Grumpy Cat (real name: Tartar Sauce) is the ultimate representation of our cat sensation. Not only is she cute, but she always looks miserable. When there is so much about life that is bothersome and annoying, and such pressure to always be upbeat anyway, just a look at a Grumpy Cat meme is enough to relieve a little stress.

Thankfully, Grumpy Cat is not actually grumpy, she looks that way because she has a form of feline dwarfism. According to her owners, she’s actually a very happy cat. She’s also a well traveled cat who now has about a billion dollars. She first became part of the zeitgest when her owner’s brother posted a pic on Reddit September 22, 2012. The rest was basically inevitable.

For the sake of proportional correctness, here’s how Grumpy Cat would have looked with Pharrell’s actual hat: 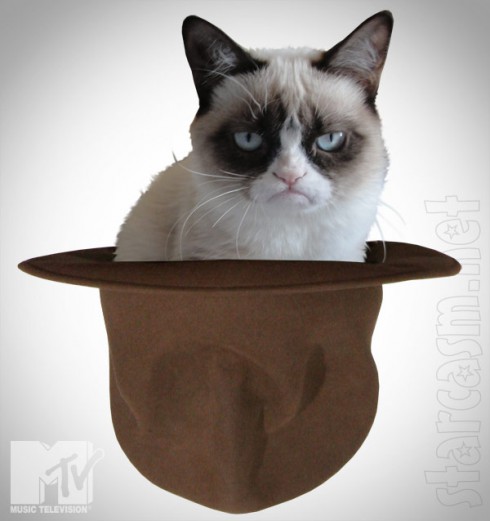