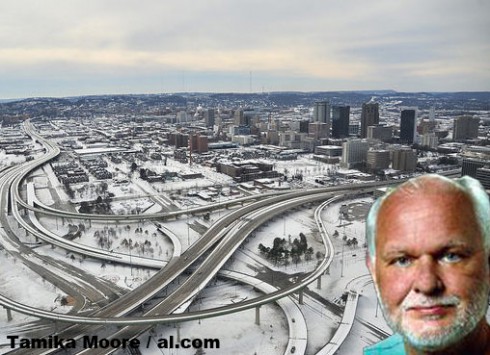 As a snow storm wreaked havoc on the southern Unites States, a story of one dedicated doctor from Alabama reminds us all that events such as these can often bring out the very best in people.

In Birmingham, Alabama, Dr. Zenko Hrynkiw was at another facility when his services were required at Trinity Health Center. You see, Zenko’s a neurosurgeon and the hospital needed him for emergency brain surgery so he hopped in his car to do what he does.

The snowstorm had bottled up traffic and Dr. Hrynkiw (pronounced HERO) only made it a couple of blocks before getting stuck in gridlock.

“The cell service was bad so we were fading in and out. At one point, I heard him say, ‘I’m walking.’ The police were looking for him.”

A great deal of time passed until Davis finally heard from the doctor again. “He finally called me and said where’s the patient? What’s the status? He spoke to the family and went off to surgery.”

The trek that Zenko took is estimated to be about 6 miles. Davis added, “Without the surgery, the patient would have most likely died. But he is doing well. This just speaks volumes to the dedication of the man. When I saw him, all I could say is ‘you are a good man.'”