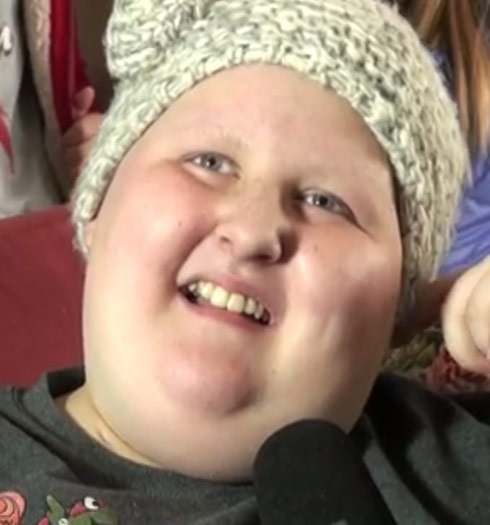 When the Make-A-Wish foundation asked 13-year-old Jayci Glover what she wanted, her unselfish reply was just another example of a person with a beautiful spirit and an understanding far beyond her years. She didn’t ask to meet anyone famous or to be taken to some exotic destination but instead she asked that the organization purchase a new scoreboard for her high school’s gymnasium.

Jayci has been battling a rare form of terminal lymphoma for almost a year. Her treatments have kept her mostly in Salt Lake City, nearly 5 hours from her home in Kanab, Utah. On Feb 7 Jayci, along with her family, made the decision that it was time for her to come home.

Her mother Heather wrote on Jayci’s CaringBridge support site about the heartbreaking choice:

There is nothing more to try. We have left no stone unturned. We have tried all proven lymphoma treatments, many alternative and experimental treatments. We know that we cannot catch up to Jaycis disease let alone contain it. It is taking over her body at a rapid pace.

Make no mistake, Jayci has won her battle with cancer. She has never let it change her. She has been positive and strong. She has done all that has been asked of her and done it with graceful determination. Even when doctors and specialists thought there was no way she would/could tolerate another brutal treatment, she did it. And she did it with a smile on her face. She never let cancer into her spirit. Jayci has cancer, cancer does not now and never will have Jayci. We are the luckiest parents in the world to get to call her our daughter. She has taught us so much and we are so proud of her. 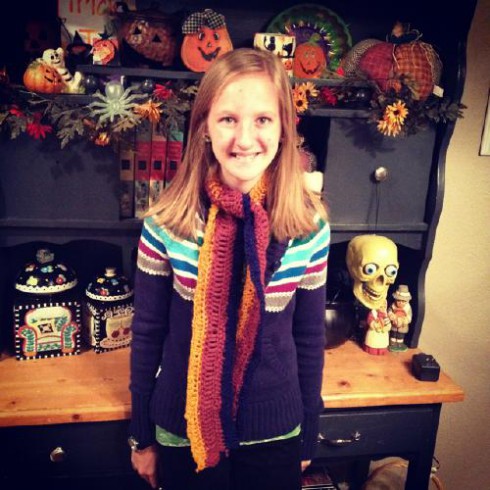 When Glover returned home, a ride that the doctors warned she might not survive, she was greeted by a full street-side greeting of family, friends and neighbors who came out to show support for someone who’s example and life lived has touched them and added loving value to their own lives.

Here’s a wonderful report from KSL:

Jessie Glover, Jayci’s cousin, said through an outpouring of tears and emotion, “We’re all just teenagers, and we don’t get the things Jayci gets. She understands more than us. It’s really bad. I wish I could just go through it for her.”

In the post quoted from above, Jayci’s mother said she didn’t have the strength to finish it – so Jayci did it for her writing, “I guess there’s nothing left but getting comfortable and being with my family for a while. I’d like to thank everyone personally for all of the support and the things our friends and family have done for us. They have been so truly amazing and have touched me so much. I am grateful for the people I have come close to over the past year that I know now as some of my closest friends. Thank you for all of your prayers and support. It means the world to me and my family.”

If you are interested in helping the Glover family with their medical bills they have encouraged folks to visit Jayci’s page at YouCaring.