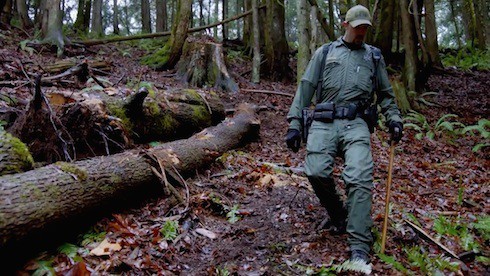 Is Dark Woods Justice real? It’s the question skeptical reality TV fans find themselves asking about Discovery’s newest entry in the true crime / police genre, and it’s nice to be able to say that the show definitely delivers an intriguing new take on a familiar premise. As it turns out, the “Dark Woods” of Washington state’s Olympic Peninsula have been used for all manner of crimes–including concealing dead bodies, and, believe it or not, poaching rare and beautiful trees, the black market value of which will stun you. (Who’d have thought that a maple tree could be worth more than some precious metals?

First off, though, here’s the official breakdown of the show, courtesy of Discovery:

Deep in the heart of Washington’s Olympic Peninsula lies one of the country’s last great forests – one so massive and diverse that it has been called America’s “Last Untamed Wilderness.” With land stretching over 2,000 square miles and containing some of the rarest and most ancient trees on earth, this vast forest hides dark secrets, including an illicit underground black market of natural resource theft. However, Sheriff’s deputies throughout the region have sworn to protect their communities and the forest at all costs.

The Olympic Peninsula grows trees so valuable and coveted that poachers are risking prison time and their lives to steal them. Trees like the Western Big Leaf Maple bring in millions as their wood is used to create the highest end guitars and other musical instruments. The dwindling supply has triggered a black market, sending a wave of poachers deep into the last great forest of America. But Jefferson County Deputy Adam Newman and his fellow deputies are determined to put a stop to the forest destruction and the criminal activity fueling it.

In addition to protecting the vast wilderness across the peninsula, deputies like Detective Jeff Rhoades from Mason County are presented with the challenge of finding missing persons in the vast expanse of the forest. Despite the harsh terrain, searching for answers is a battle that local law enforcement never stop fighting. 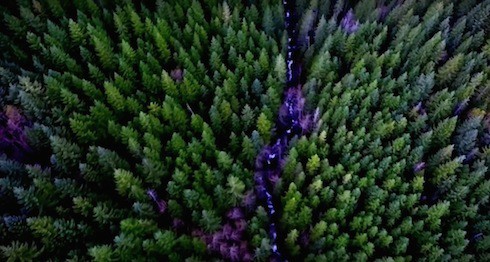 To that extent, then, Dark Woods Justice is a bit like an Alaska-based reality TV show, in that viewers will be treated to a neverending series of stunning visuals (like the ones above, for example), and to a somewhat sparsely populated area where people act a little bit differently than what you might expect. Lest you start up with the “Is Dark Woods Justice real?” questions again, though, keep in mind that the show is more like old school Alaskan shows, before oversaturation made the 49th state just as boring as the first.

A recent write-up in the Seattle Times underscores the show’s quiet differences. Dark Woods Justice is like Cops, but “in the woods,” “with better visuals,” and with a better sense of how the surrounding community is affected by the criminals that the show’s three featured officers set out to catch. “The underbelly of our community feeds off the theft [of the trees],” says one officer. “They’re feeding off the forest.”

Kyle Wheeler, the executive producer for Dark Woods Justice, agreed, and added that it was integral to show dastardly wood thieves at work: “The resource cases,” he explained, “shed light on a darker side of the forest, a story we felt was important to share with the world. Resource crimes not only affect the communities of the peninsula, but when these criminals strip our protected state and national forests they are stealing from the American people.”

OK–just a few more quick tidbits about the show, and then we’ll get to the Dark Woods Justice cast bios

-The area’s infamous maple trees-such as the Big Leaf Maple? The “figured” wood of these trees results in “an unusual growth pattern,” one that’s is highly coveted by ornamental woodworkers, and luthiers–and a good specimen can fetch a whopping $45,000 on the black market.

-Because the areas in question are so vast and contain so few permanent residents, officers sometimes stumble on “methamphetamine and drug labs,” which happens over the course of the show’s first season.

-There are multiple jurisdictions in each county, according to Lieutenant Matt Stower of the Grays Harbor Sheriff’s Department:

Despite all that, however, “a deputy’s backup is 45 to 60 minutes away–and that increases when they are out in the woods.”

-At least one of the three crews that filmed Dark Woods Justice “had experience with similar situations,” said Deputy Adam Newman, because they had also worked on Alaska State Troopers.

-Jefferson County Sheriff Dave Stanko, who gave his blessing for the show to film with one of his officers, insists that the show is absolutely real, no matter how far-fetched or unbelievable some things may sound. “I’m just the guy who gave permission,” he told the Peninsula Daily News. “But I endorsed it and support it. It’s a very well done reality show.”

Having said all of that, let’s meet Dark Woods Justice‘s three main officers, with bios courtesy of Discovery: 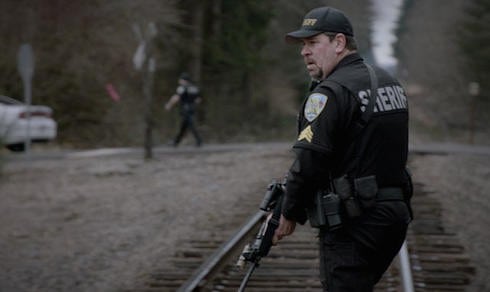 Sergeant Don Kolilis (Sarge) is a third-generation law enforcement officer. A veteran of 27 years to the Grays Harbor Sheriff’s Office, including 15 years on the SWAT team, 20 years with Dive Rescue and 9 years as a K-9 handler.

Sgt. Kolilis takes a no-nonsense approach to his work in the dark woods of Grays Harbor, persistently pursuing people who threaten his community and its way of life. Every day, he strives to catch the individuals who are robbing the forest of it’s natural beauty and riches.

When out of uniform, Sgt. Kolilis enjoys fishing, working on his farm, and spending time with his family. 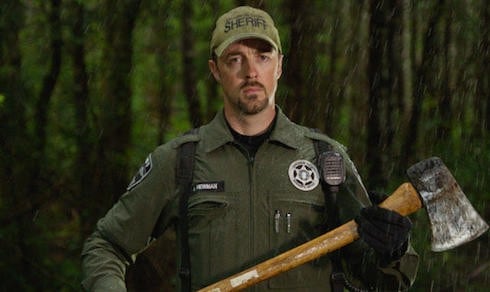 Born and raised in Jefferson County, Deputy Adam Newman is the native son of the Jefferson County Sheriff’s Department. Deputy Newman was inspired to join the force after witnessing first-hand the positive impact the Sheriff’s department had on his community. Fairness, respect, and honesty are signature characteristics of Deputy Newman. A self-proclaimed “80-year-old cowboy in a young man’s body,” Deputy Newman lives off the land and hasn’t purchased meat from a grocery store in ten years; it makes you wonder if Adam Newman was born in the wrong era. 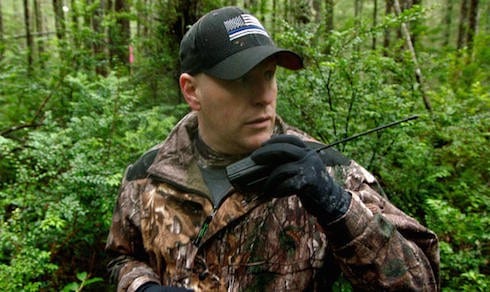 Detective Rhoades is an 18-year veteran of law enforcement and has been a Detective with the Mason County Sheriffs office for the last seven years. He is a lifelong resident of Mason County and has been interested in police work since he was a child. Rhoades’ specialty is interviewing suspects, a strategic challenge that he enjoys more than any part of his job. He is a passionate and driven detective, often missing sleep for days when working a big case. When he’s not chasing down leads, Jeff can be found deep in the woods chasing down game with his lifelong hunting partner, his father. He also enjoys playing sports and spending time with his family.

As for the show itself: you can tune in to Dark Woods Justice Tuesday nights at 10 PM, beginning June 7th, on Discovery.