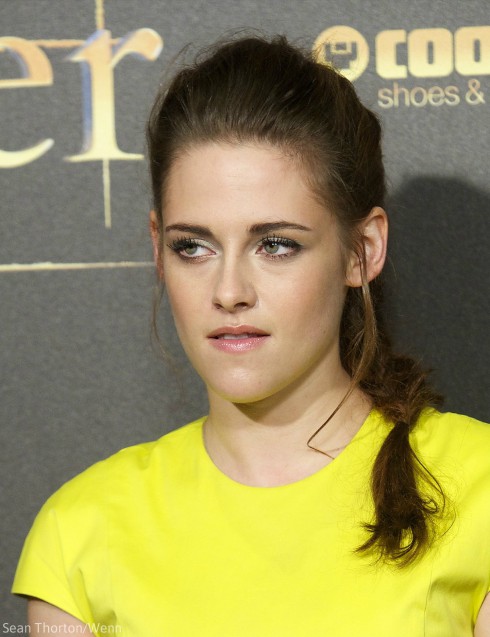 Joan Rivers’ “Diary of a Mad Diva” book hasn’t even been published, but the Fashion Police star claims it’s already generated a lawsuit.

“I am now being sued by Kristen Stewart,” the 81-year-old told TMZ.

In the section in question, the crass comedienne referenced Kristen’s affair with her Snow White director. Joan wrote, “Many stars only do one thing well. Of course, the best one-trick-pony is Kristen Stewart, who got a whole career by being able to juggle a director’s balls.”

Page Six published the excerpt along with other jabs at Bethenny Frankel, Pharell and Paris Hilton. Joan added to TMZ that she saved the worst criticism for the Kardashian family.

“My answer to her was, ‘Be glad you’re not a Kardashian because they’re mentioned a lot more in the book,'” Joan said of what she told Kristen’s lawyers. “I’m a comedian. I’ve been doing it for 50 years. If people don’t get it, then don’t come and see me. It’s okay. Don’t read the book. If you’re gonna take it seriously, you’re a fool.”

Joan also said that, from a legal standpoint, she doubts Kristen has a case.

“She obviously didn’t read our disclaimer, which says it’s a comedy book,” Joan said. “I can’t wait to get her into court because I’m gonna get a puppet and I want her to show me on the puppet where she thinks I claim she touched her director. I am looking forward to it.”