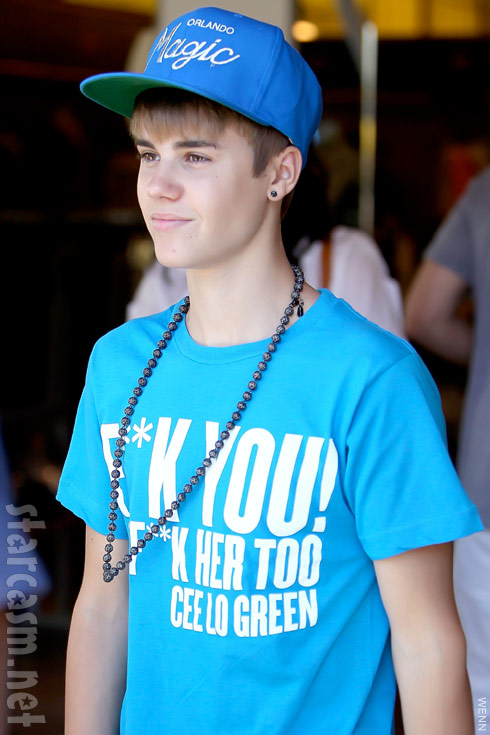 The internet is all abuzz (and millions of young girls are all giddy) over rumors that the youthful celebrity super couple of Justin Bieber and Selena Gomez have called it quits. The Sun has reportedly talked with a “pal” of Selena’s who tells them the “time out” comes after The Biebs “arrived at one of Selena’s gigs in Florida last week with rap ace Sean Kingston, 21 – a former child burglar.”

“Selena told him to stop hanging with these bad people,” the pal tells The Sun. And by “these bad people” The Sun says the pal means “his bad boy hip-hop friends,” including convicted gun toter and weed toker Lil Wayne as well as Rihanna abuser Chris Brown, who Justin Bieber just released the duet single “Next To You” with.

The Sun‘s source goes on to say, “She didn’t want him to crash her gig. They had a huge row and said it was good they were having time apart while she was on tour.”

And then there was this dangerous paragraph, which is sure to cause quite the stir among Bieberites:

A pal of Selena said she saw Justin in tears during rows with her. She said: “It’s hard seeing a little 17-year-old crying and saying he loves her.”

But, The Biebs must not have been too concerned because he was seen the day after the alleged break up fight riding around Miami in a convertible Rolls-Royce with none other than Sean Kingston!

Justin was also spotted out and about in Los Angeles Wednesday wearing a shirt with the Cee Lo Green lyric “F**k you! F**k her too!” printed in bold lettering on the front. (Photo above – Credit: Michael Wright/WENN.com)

The whole story seems a little silly to me and I would be surprised if there is much truth to it at all, outside of a possible “public image” discussion between the two. The Chris Brown duet raised a few eyebrows in the media, especially given Justin’s clean-cut image, so it would seem logical that the couple would discuss it and possibly even disagree.

To be honest, I just liked the story because I thought it would make for great reality television! Can’t you just imagine the episode of Selieber in which they get into a heated argument over Justin’s rabble-rousing pals? Meanwhile Lil Wayne waits awkwardly in the other room waiting to continue his interrupted game of All-Madden with Justin…