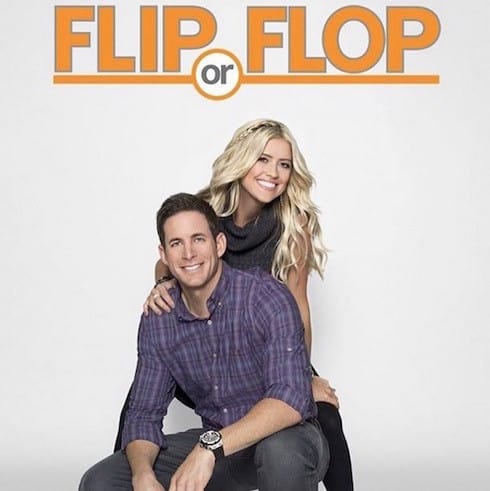 The stars of Flip or Flop may have reconciled strictly for the sake of their business, but now they face a legal challenge from a disgruntled realtor who claims they’ve been ducking him. Jonathan David Schmier, a realtor in North Carolina, says that Tarek and Christina–via their Next Level Property Investments, their house flipping company–contacted him because they “were…going to be filming the show Flip or Flop in North Carolina” and asked him to “find homes for them in major cities such as Raleigh.”

Schmier further claims that the El Moussas promised him a $5,000 commission per house–and, based on the figures in the Tarek and Christina lawsuit, it sounds like he found a total of five houses for them. But, when he tried to get back in touch with the couple, he found that they had blocked his “e-mail address and Facebook pages and phone numbers in an attempt to avoid paying.” So Schmier is suing for a “commission in the amount of $25,000,” plus “back wages in the amount of $12,800.”

It’s the second high-profile lawsuit for HGTV in the past two weeks, following the $1 million fraud and insider trading suit brought by two former partners of Fixer Upper‘s Chipper Gaines. And the network has refused to comment on the Tarek and Christina lawsuit, saying that they “don’t comment on pending litigation.”

However, Us Weekly cited an alleged insider who suggested that the whole thing was either a misunderstanding or a ruse from the start: “They were never going to flip a house in this state. There’s nothing here.”

Regardless, the relentlessly upbeat couple isn’t going to let any lawsuit–or any other drama–get in the way of their current mission: to plow through filming Flip or Flop‘s surprise new season as quickly as possible and with the bravest possible faces:

Who's ready!!!!! This is a day one shoot of our new season of Flip or Flop and we are excited to make a great tv show for all our fans!! So… what do you think of our crew!!?????