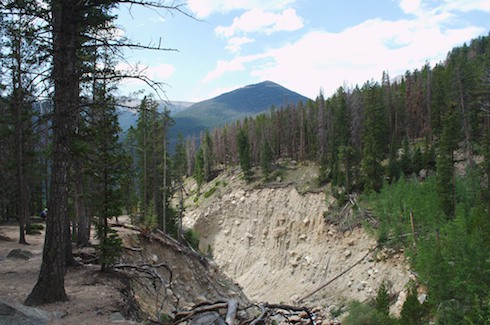 The most recent Harold Henthorn case update comes courtesy of NBC’s Dateline, which devoted an entire two-hour episode to the bizarre chain of events that led to Henthorn’s conviction on a murder charge. The audacity of Henthorn’s crimes–and the fact that he’s only been charged with one murder, though public opinion has deemed him overwhelmingly guilty of two–continues to shock and amaze, even years after they first came to light. In addition, Henthorn has only been in the public eye since 2012, and was only sentenced last year, but his story really spans twenty years. And, though he’s already serving a life sentence for killing his second wife, the total lack of charges stemming from the strange, mysterious death of his first continues to fuel general outrage and disbelief. 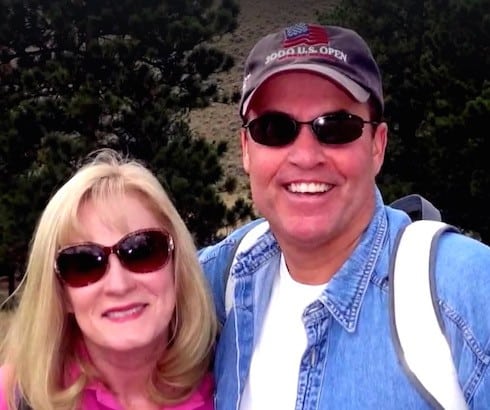 The basic facts of the case are these. On September 29, 2012, Harold and Toni Henthorn went for a hike at Rocky Mountain National Park in Colorado. They had lunch together, and headed down a nearby ridge to take pictures, passing the camera back and forth all the while. Harold said Toni got a text message from the babysitter, letting her know that her daughter’s soccer team had won. Then, he said, he saw nothing but a blur–and Toni was no longer standing there.

She had fallen 128 feet, and suffered numerous severe injuries. It took Harold 45 minutes to get to her, and he claimed he performed CPR as best he could after dialing 911. But the rescue team couldn’t make it to their position in time, and Toni died. He had her body cremated, scattered the ashes on Colorado’s Red Mountain, and collected the $4.7 million life insurance payout from the plan she had recently signed up for. And that might have been the end of the story–were it not for an anonymous tip to authorities, encouraging them to look at the circumstances of Harold’s first wife’s death. 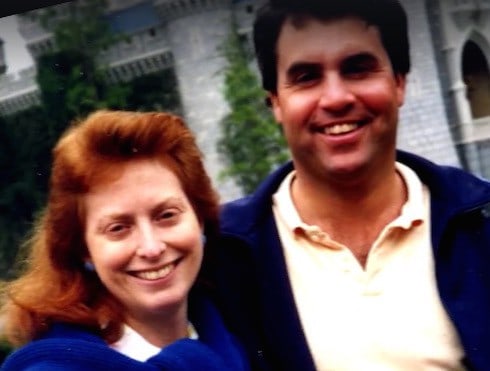 On May 6, 1995, Harold and Sandra were driving home after a day of hiking. It had been a full day, and the sun had set. Harold claimed that one of the car’s tires felt “mushy,” and pulled over to change it. Then, he asked Sandra to come help him. And–according to Harold–he was putting the old tire in the trunk, with Sandra underneath the car, when the car slipped off its jack and crushed her.

Sandra suffered numerous severe injuries, but hung on long enough for the paramedics to arrive. She died on the operating room after being flown to the hospital in a helicopter. Harold had her body cremated, scattered the ashes on Colorado’s Red Mountain, and collected the $500,000 life insurance payout from the plan she had recently signed up for. And that was the end of the story, except for one detail: according to investigator Robert McMahan, “On the front passenger fender of the vehicle, right behind the wheel well of the missing wheel, was an apparent partial foot print type mark.” Meaning it looked like someone had tried to kick the car off its jack.

That detail led to a much closer investigation of Toni’s death. And, ultimately, the investigation rattled Harold. The stories he told police weren’t at all consistent. It turned out that Harold sent texts to friends and family telling them his wife was injured well after he knew that she was dead. The camera he and his wife were passing back and forth had no photos on it. At trial, the coroner testified that Toni’s lipstick hadn’t been mussed, meaning Harold hadn’t actually performed CPR. And there was one huge, almost shockingly damning piece of evidence the prosecution used against Harold. On the map of the park he had with him the day of Toni’s death, there was a literal X–right at the spot where Toni went over the edge.

In September of 2015, three years after the incident, a jury found Harold Henthorn guilty of first-degree murder in the case of Toni Henthorn’s death. Several of the jurors spoke with the Denver Post following the verdict, and one juror’s comment summed their thinking up maybe better than any other. Of Henthorn’s defense, Peter Christofolo said, “It didn’t meet the common-sense barometer.”

It was supposed to be the perfect weekend… #Dateline pic.twitter.com/ccPUf1sDEy

A few weeks later, in early December, a judge handed down the official sentence: life in prison. It’s a mandatory sentence for first-degree murder in Colorado; Henthorn was 59. Toni’s brother Barry Bertolet spoke at the sentencing. “This trial was about the last moment in Toni’s life and the moment that Toni took her last breath,” he said–and he was actually speaking for two Bertolets; his brother, Todd, wrote the statement. “To Toni Bertolet Henthorn’s family, her friends, and the people for whom she cared, Toni’s life was about the moments that took our breath away.”

Henthorn had been in prison since his arrest for Toni’s murder in November of 2014 Since then, he’s been transferred twice: in March, he went from Colorado to a Federal holding pen in Oklahoma City; then, to the high-security United States Penitentiary in Terre Haute, Indiana. And he maintains his innocence. He insisted at both the verdict and the sentencing that he would appeal the decision. A year after he was sentenced to life in prison, it doesn’t look like Harold’s appeal has yet been carried out.

I AM HOMICIDE Show avoids ‘Worst case ever’ for Det. McFadden as Season 2 gets underway

Lt. Joe Kenda looks to Homicide Hunter for relief from the ‘river of death’ in his brain