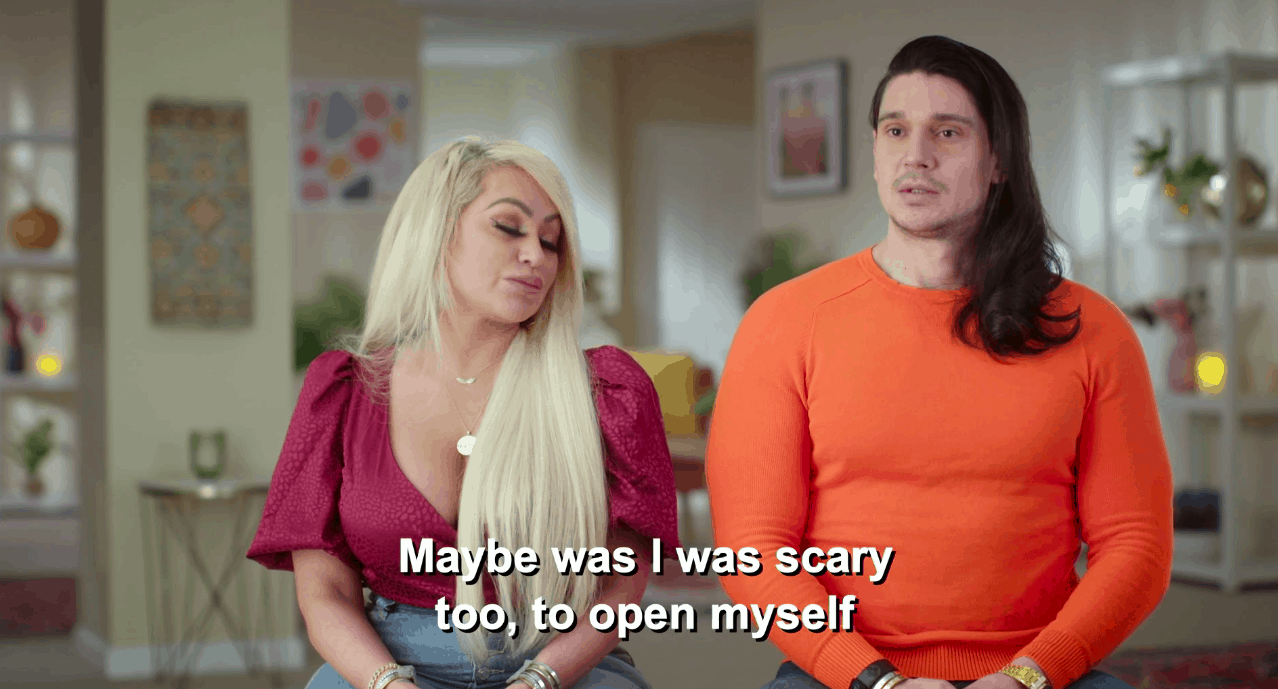 The second season of Darcey and Stacey began in tears in footage that was filmed just two days after Georgi Rusev proposed marriage to Darcey. What went wrong? Are they still together now? 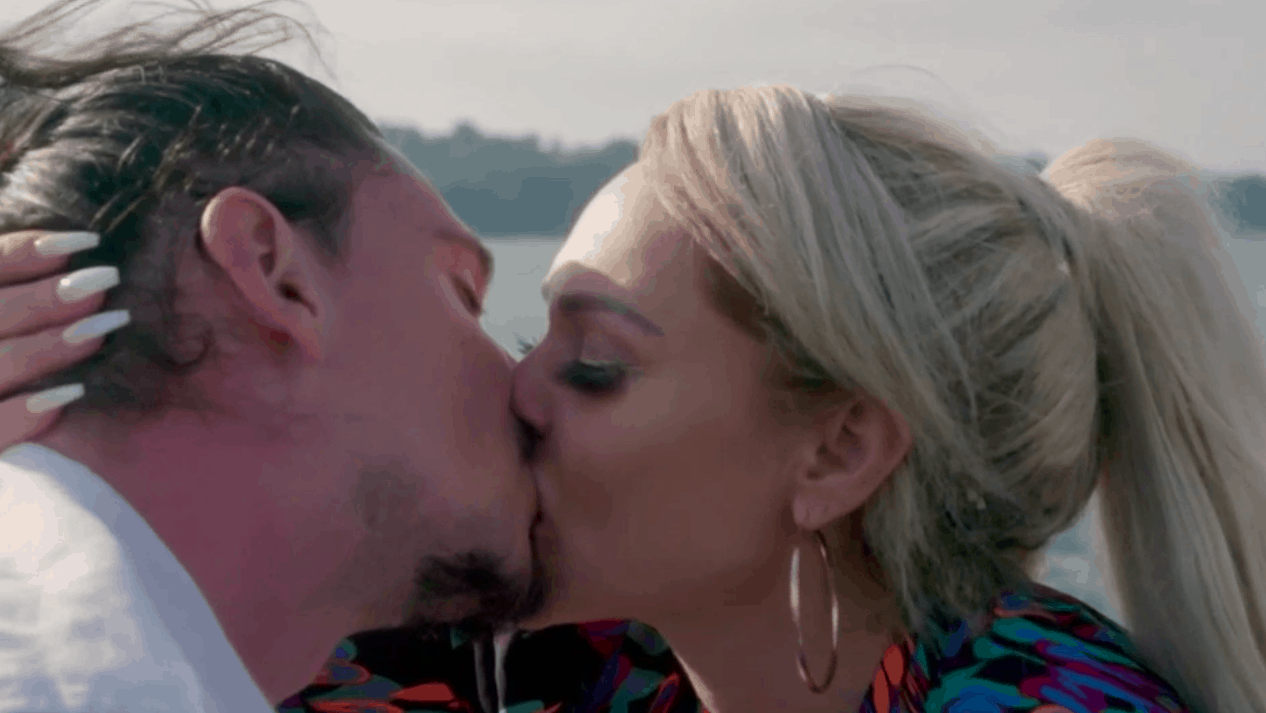 The night after their romantic engagement, Darcey confronted Georgi with a lot of questions about some of the concerns she has. He didn’t want to listen and left before she woke up the next morning. 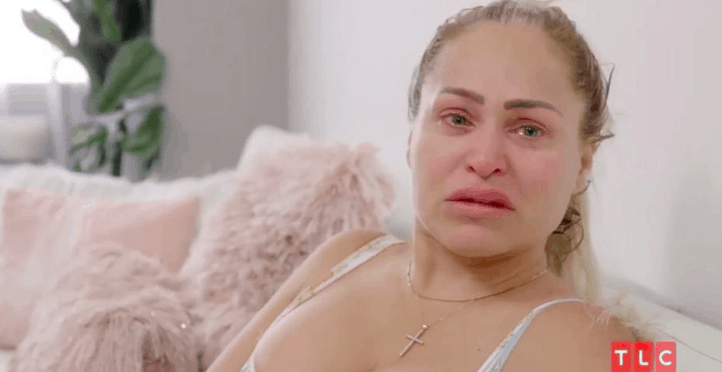 “He knows everything about me and my family,” a heartbroken Darcey told producers after Georgi walked out of the apartment they shared. “He knows who I am as a person. If he doesn’t like it, why did he propose?”

Even after they made up, Stacey and their friends were picking up on major red flags with Georgi. On the twins’ birthday, Stacey found it strange that Georgi wanted something for himself on their birthday shopping trip. Because of COVID-19 restrictions on stores at the time they were shopping, only a few people could be in the store at once. Stacey remembers looking in as Georgi got Darcey to buy him a fur coat on the girls’ birthdays. 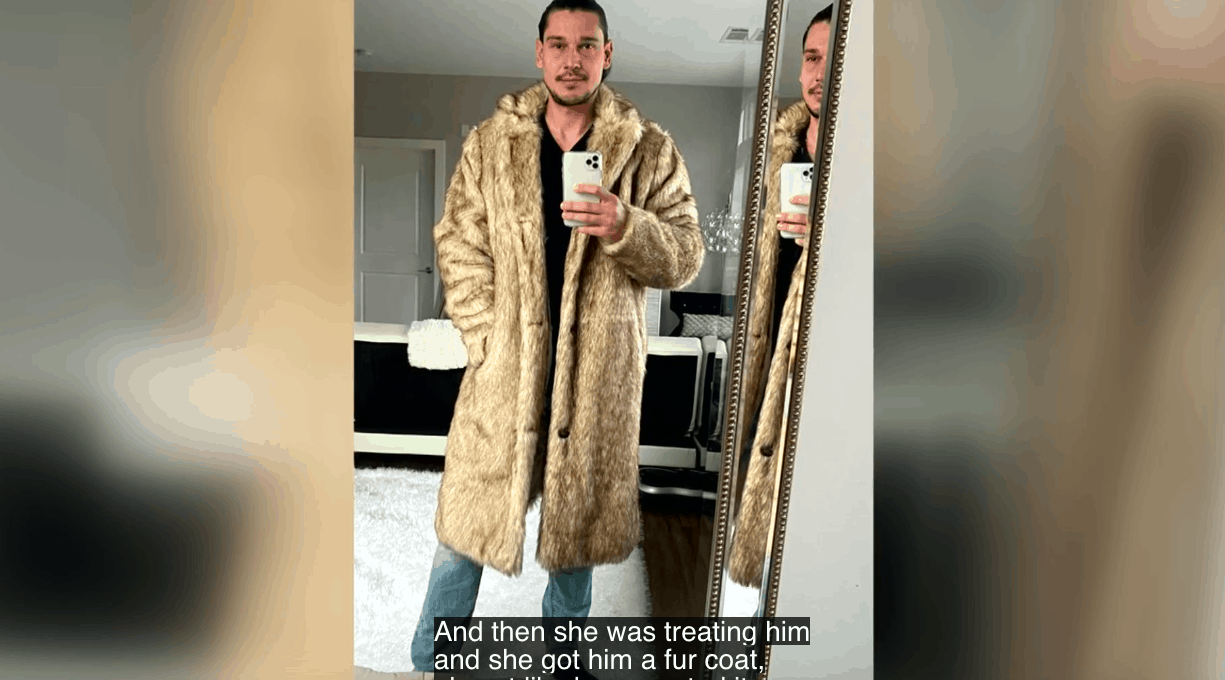 Why was there money in a sock?

Another big issue that worries Darcey’s friends and families was an incident with about $1400 found stashed in a sock. Darcey found the money in the back of a drawer.

He said it was to pay his credit cards. Darcey was surprised because “usually you put money in a bank,” yet she reasoned that he may have been saving up for something?

Is Georgi already married to someone else?

When Georgi proposed to Darcey he was still legally married to another woman and was still renting a room in D.C. Darcey found it odd that he would continue to pay rent somewhere else if he was committed to building a life with Darcey.

A few months after their engagement, Georgi announced to Darcey’s family that his divorce had gone through. He was finally legally able to marry Darcey, but it looks like these two still have a lot of work out before they take that major leap.

What does Georgi do for a living?

Georgi is in massage therapy, but he doesn’t want to do it anymore because of COVID-19.

Darcey’s dad is worried about Georgi’s financial prospects, and his mental ability to handle the entire family.

Are Darcy and Georgi still together as of July, 2021?

At this point, it’s kind of unknown if Darcey and Georgi are still together and engaged. Darcey has no recent pics of him up on her Instagram, and his is currently private, although he usually posts photos of them together on his account.

Darcey isn’t wearing her engagement ring in her recent pics, which could signify that they’re no longer engaged, or maybe it means nothing at all. At the very least, they have not made an announcement that they have broken up.

Can you buy Darcey’s engagement ring?

The House of Eleven website has a piece of jewelry for sale called “Darcey’s Engagement Ring” for $49.99.

Stacey’s Engagement ring is also for sale on the sisters’ clothing brand website for the same price.

Has Darcey Silva ever been married before?

Darcey was previously married for eight years to Frank Bollock, the father of her daughters Aniko and Aspen. They did not have an acrimonious divorce, and still get along well as they co-parent their children. “We just felt we grew apart and was searching for our soulmates,” Darcy said about her ex husband, who she was still with when she and her sister shot their first reality show pilot in 2010. The title of the show was The Twin Life, which was a play on Paris Hilton and Nicole Richie’s successful The Simple Life.