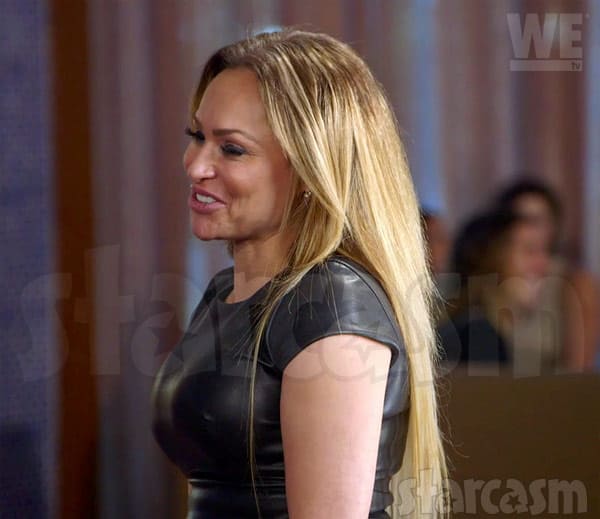 Could it be that 90 Day Fiance: Before the 90 Days star Darcey Silva is no stranger to looking for love for reality show cameras? It appears so as she apparently tried to get a date with one of Patti Stanger’s wealthy bachelors on Million Dollar Matchmaker last year.

Late last week we were tipped off that Darcey made an appearance on the show, but unfortunately we were told that Darcey appeared on the first season of Millionaire Matchmaker (Patti’s former show on Bravo), so we went on a bit of a wild goose chase. Then, we saw this screen cap, tweeted by Sandusky Socialite last night, and realized our mistake: 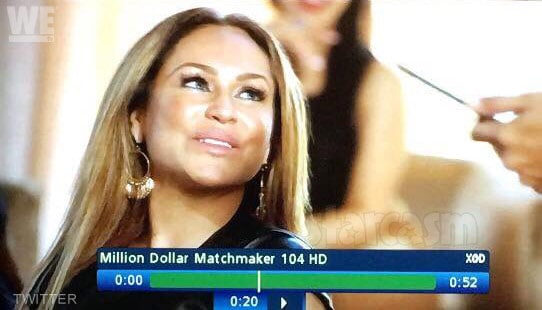 What’s odd is that we were not able to find the scene featured in the screen cap above, but we did find Darcey! (Actually, I should point out that she is never mentioned by name, so it could possibly be Darcey’s twin sister Stacey Silva.) Either way, “Ms. Silva” was vetted by Patti and her staff as a potential date for Scott Baldwin, a 46-year-old ex marine and father of a ten-year-old daughter. Ms. Silva is only shown a couple of times very briefly (that I could find) during the interview process for prospective dates. Patti asks “How would you like to date a man who was in his 40s and has a gorgeous, adorable daughter?” Ms. Silva replies with “I love children.”

That’s pretty much it! Needless to say, given that there were no more scenes with her, Ms. Silva didn’t make the cut and didn’t wind up going on a date with Scott.

It may be interesting to our readers to know that the episode featuring Ms. Silva was the same episode in which Patti Stanger took on the formidable task of finding Mr. Right for Teen Mom OG star Farrah Abraham. Farrah only had a little more luck than Ms. Darcey.

In case you missed it, Million Dollar Matchmaker and Before the 90 Days aren’t the only reality shows potentially on Darcey’s resume as she also filmed a pilot for The Twin Life with sis Stacey Silva and their husbands (at the time) and children. Click here to watch that!

Also, it may seem as thought Darcey has an impressive reality show resume, but it is NOTHING compared to her co-star Patrick Cornett! He has been on six different reality shows, including at least three in just the past year! Click here for more details on Patrick’s long list of reality show experiences.

BEFORE THE 90 DAYS Darcey Silva shares before & after transformation photos