During Episode 9, Season 2 of Darcey & Stacey “Blow up in Bodrum,” the twins are in Turkey for their plastic surgery transformation, a.k.a. their “Twinsformation.” They’re getting new veneers, breast surgery, and liposuction, among other things. Stacey has been keeping a secret from Darcey, though: she’s trying to get pregnant with her husband Florian. While she went to see her fertility options with a doctor, the doctor found a concerning cyst her left ovary. She’s now awaiting news as to whether or not the cyst is cancerous.

Once she reveals all this to Darcey, the women worry because their brother Michael Silva died young from cancer. Michael lost his battle with Ewing sarcoma in 1998 at only 27-years-old. Stacey’s husband Florian was also scared about the news because of a life-threatening illness he had as a child. He hasn’t been back to a doctor since that troubling time in childhood.

For six years Florian suffered with a mystery ailment that doctors couldn’t figure out, but they worried that it would end in death. At around the ages of 2 and 3, Florian developed a very high fever. Thankfully, the condition subsided, but he still doesn’t know why had had been so sick for six years of his life.

46-year-old Stacey Silva has two sons with her ex-husband Goran Vasic: Parker and Mateo Vasic, who are around the same ages as Darcey’s two girls Aniko and Aspen Bollok. Stacey and Darcey were able to plan their pregnancies together at the time because they were both married and all living together.

Now Stacey is married to Florian Sukaj, but Stacey is in a rocky relationship with her on-again, off-again fiancé Georgi Rusev and isn’t planning on having kids with him because she doesn’t even know if their relationship will last.

Stacey and Florian got married April 20, 2020. He’s younger than Stacey (he’s in his 30s) and has no children, but he wants to have kids. Stacey wants to give Florian the experience she’s had with her two boys, and she fears he will leave her if she can’t provide children for him.

Unfortunately, it looks like Stacey doesn’t have many viable eggs to work with to achieve her dream of having biological children with Florian. 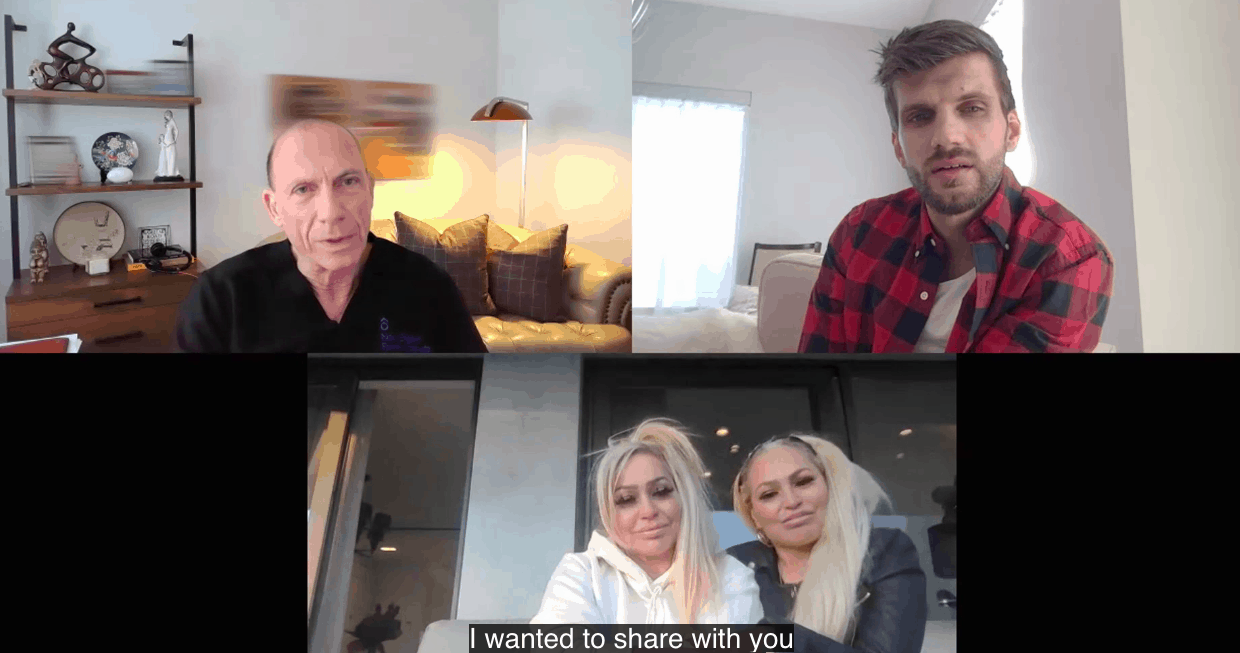 Dr. Levy video-called with Stacey and Darcey in Turkey, and Florian, who was back home in Connecticut to share info about the test results on Stacey’s ovarian cyst.

He says most cysts like the one Stacey has are “come and go,” so for now they’re going to monitor it. If the cyst gets bigger, bothers Stacey, or doesn’t go away after a while, they will consider removing it. He tells her not to worry about it and follow up in a few months to see if she still has the cyst.

Stacey was relieved and happy to hear that the doctor was not too concerned about the cyst, and vowed to remain positive about it.

Then, the doctor moved on to the subject of fertility. He said they checked her hormones to give an indication of her “ovarian reserve,” which is how many eggs are left. Unfortunately Dr. Levy says the possibility of Stacey being able to conceive based on this information “doesn’t look very promising.”

Stacey has fewer eggs now, and the eggs she has left are “not as good,” according to the doctor. He says she only has a 1-2% chance of getting pregnant and delivering a healthy baby.

Stacey was hoping that at the very least she could be able to freeze the eggs she has left to preserve them, but the doctor doesn’t see that as a worthwhile option. He says it would take a “small miracle” for this to work.

After the call, Stacey says she’s glad she doesn’t have to worry about her fertility anymore because “now she knows the truth.”

Florian still has hope in miracles, and thinks that a different doctor might have a different option about what’s possible. Stacey says Florian is being protective of her heart and feelings.