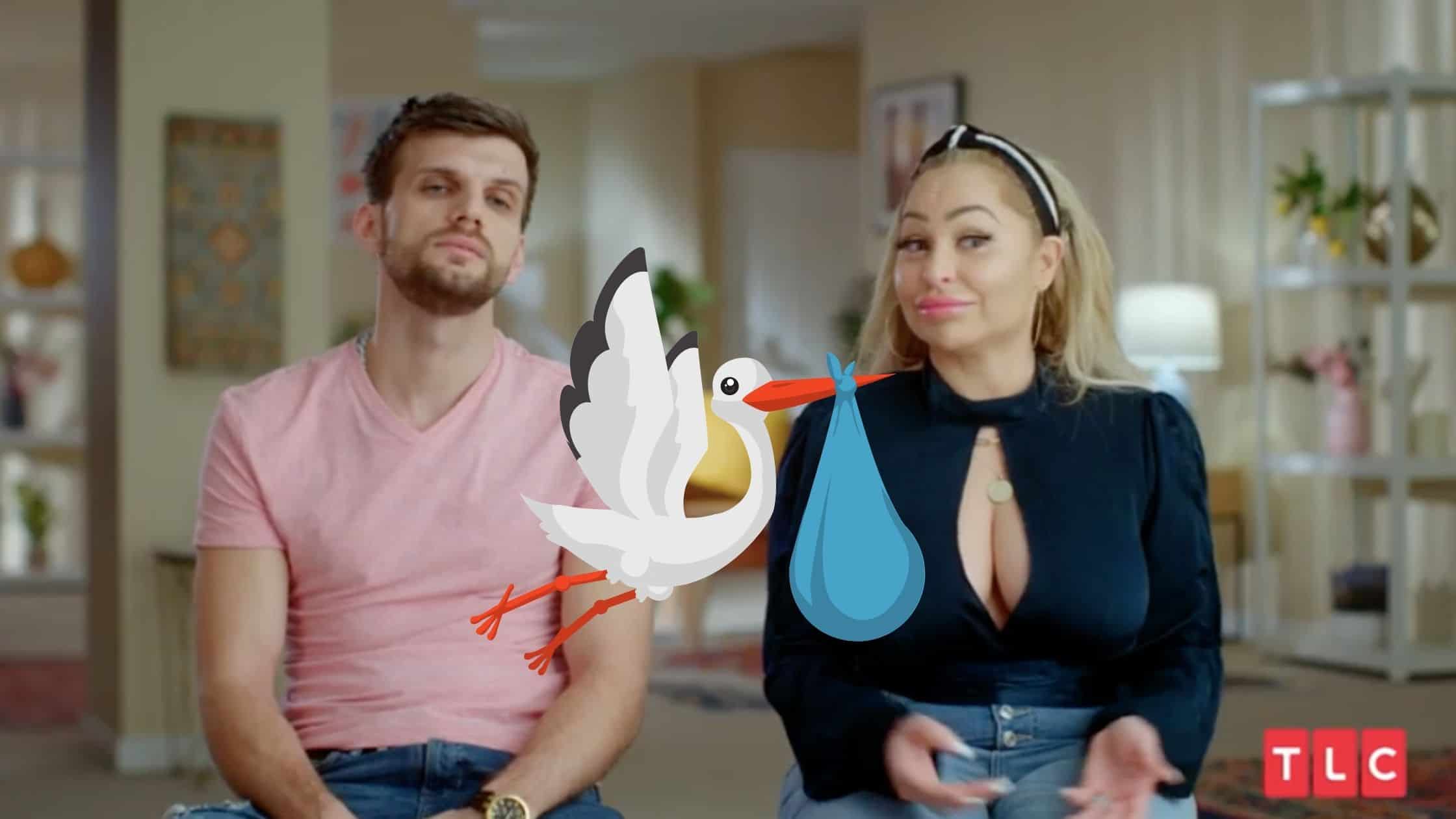 Stacey Silva and Albanian model Florian Sukaj married on April 20, 2020, after meeting on social media. 46-year-old Stacey already had two teenage sons from a previous marriage. Florian is around 30 and has no children, and in a clip for the episode of Darcey & Stacey that airs tonight, it seems like Stacey wants to change that.

Will Stacey and Florian have a child together?

“You know, we have to plan for our near future,” Stacey says in the clip as Florian looks on nervously. “We got a lot of extra room, and you know, maybe plan for a baby.” Florian then audibly gulps.

“Now that we’re in our new time I just feel like it’s a good time to talk about having a baby,” Stacey says in another scene.

“I’m blessed to have two amazing sons in my life, but they’re going off to college soon and I just truly feel like Florian deserves that same blessing,” she explains.

“For me, it’s like what God choose, understand, me and you like family and . . What God choose,” Florian tells Stacey about his view on the matter. Because of the language barrier, it’s hard to understand exactly what he’s saying here, but it looks like he wants to leave whether or not they have children up to God, implying that he maybe doesn’t want to intervene with fertility doctors.

Stacey further elaborates that Florian has always said that if they’re going to have a baby, it should happen naturally. She then points out that they’ve been together almost six years so far, and she still hasn’t gotten pregnant. She now wants to try out IVF to give her peace of mind.

She tells Florian that “technically” it’s just harder to get pregnant naturally the older a woman gets, to which he replies: “Technically, life is not so easy, nothing technically, Stace, in life, it’s not so easy nothing, technically.”

When a producer asks Florian if he knows what “biological clock” means, he replies that he’s heard of many times old women having babies in Albania at age 70. “I have the story,” he says. “I can research right now in my phone.”

Who is Stacey Silva’s ex-husband?

Stacey’s ex-husband, the father of her two boys, is a man named Goran Vasic from Serbia. The pair met in Houston, Texas while he was playing pro soccer. He played the sport for 20 years and retired to be a coach. Both Stacey and Darcey divorced their ex-husbands on the exact same day.

Darcey’s ex-husband Frank Bollock is the father of her daughters Aniko and Aspen. All eight of them used to live together in the same house, the one featured on Darcey & Stacey that was bought for them by their father Mike Silva. While they all lived together back in 2010, they tried to pitch a reality show called The Twin Life.

Neither Stacey nor Darcey have spoken much about their former marriages and divorces, for good or for ill, but both women have been set on fulfilling a fairytale happy ended with the help of reality TV ever since their marriages ended.

Why don’t we see Stacey Silva’s sons on the show?

Although Darcey’s teen daughters Aniko and Aspen are a large part of their reality show and have been shown on 90 Day Fiancé prior, Stacey’s two sons are kept off of reality TV, and social media in general.

Stacey has shared with social media that her older son Mateo is an aspiring writer and filmmaker, but mostly their lives are quite private. This could be a decision of their parents, or perhaps, of the boys themselves. Not everyone gravitates towards attention and fame.

DARCEY & STACEY Did Darcey cheat on Jesse and Tom with each other?

What DARCEY & STACEY’S real hair and teeth look like

DARCEY AND STACEY have hair extension rituals with prayers and sage