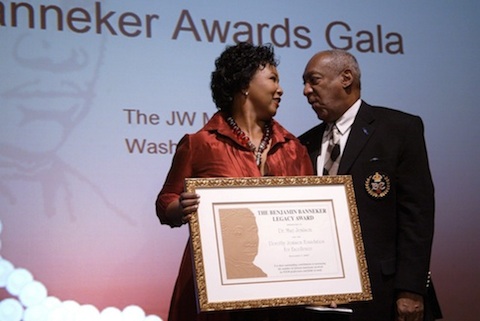 Despite mounting criticism in Canada, the U.S., and abroad, Bill Cosby’s planned appearances in the province of Ontario will continue as scheduled, the promoter for those shows has announced. In fact, Cosby told them he has “every intention” to do the shows–and that their promoters are required by law to put them on, despite the ongoing controversy surrounding Cosby’s name.

Cosby is scheduled to perform on January 7th at the Center in the Square in Kitchener; on January 8th at the Budweiser Gardens in London; and on January 9th at the Palace Theatre in Hamilton. While Cosby’s touring schedule hasn’t been completely canceled, many American shows have been removed from his itinerary in the wake of the sexual assault allegations made against him. More than two dozen women have made such allegations since October, when comedian Hannibal Burress’ bit on Cosby’s sordid past went viral.

According to Scott Warren, the general manager of Hamilton’s Palace Theatre, Canadian law binds the venue to the contract it signs with a promoter. Were the venue to cancel the show, it would risk a lawsuit.

Cosby still has a fairly lengthy American touring schedule; he’s currently scheduled to perform 22 US shows over the next four months. He had approximately twice as many concerts on his docket, stretching into late summer, before the rape allegations became synonymous with the man.