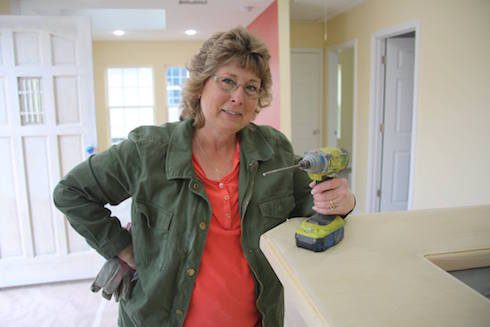 Toni Snow of DIY Network hit Texas Flip and Move recently came under fire for using an anti-Semitic term in an episode that made it on air. Since that episode’s mid-January airing, both Toni Snow and DIY offered apologies, and DIY appears to have temporarily adjusted Texas Flip and Move‘s schedule — but fans are up in arms over what they fear is the Snow Sisters’ removal from the cast.

The New York Post was the first to report on Toni Snow’s comment, which came in the “Snow Sisters’ School Bus Flip” episode on January 12th. (As of this writing, the episode’s description still appears on DIY’s site.) In the episode, Toni and her sister Donna spent almost $27,000 converting a $300 school bus into a home, which attracted the attention of a musician.

DIY was quick to offer an apology for the Post‘s article:

On a recent episode of Texas Flip N Move, an inappropriate comment, unfortunately, made it past our team. We were made aware of the issue shortly after it aired, and immediately pulled the episode to edit it for future broadcast. We apologize unreservedly for any offense caused.

The next day, Toni Snow, one of the most beloved cast members of a show known for its accessibility and fan outreach, offered her own apology across the Snow Sisters’ social media platforms:

I am deeply sorry that in a recent episode of Texas Flip N Move I used a negative phrase that was a hurtful stereotype about members of the Jewish community. The comment was insensitive and inappropriate and I sincerely regret using any words that have the power to hurt anybody. I won’t do so again.

In the weeks since, though, a small group of devoted Texas Flip and Move fans have begun protesting what they believe is an unfair scrubbing of the Snow Sisters from DIY’s schedule. The show, which regularly airs in a multi-hour block on Friday nights, did not air on Friday, January 19th — the first Friday after the “Snow Sisters’ School Bus Flip” episode — or on Friday, January 26th. And a fan petition further claims that the Snow Sisters have been edited out of the show’s intro.

However, Texas Flip and Move did return on Friday, February 2nd — which, as the Snow Sisters themselves explained to a fan on Twitter, is when Season 8 was scheduled to debut.

In addition, while the official Texas Flip and Move page on DIY’s site doesn’t list bios for any of its cast members, the site linked to the show’s official Facebook page does, and that page still lists both Donna and Toni Snow among the show’s cast.

We’ve reached out to Scripps, DIY’s parent network, for clarification, and will update this article if we hear back.

UPDATE 12:50 PM – DIY Network’s official response is as follows: “As it relates to the topic you reference in your inquiry, we won’t be sharing further information about the network’s plans or activities.”