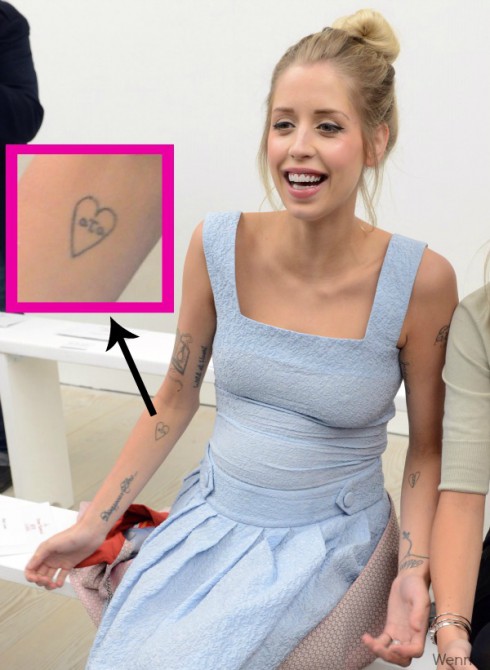 Peaches Geldof is a controversial British socialite who, unlike her American counterparts, is a talented writer unafraid of asserting her opinions. Previously, she spoke out about her Scientology views. Now, it seems her religious ideology has shifted in a whole new direction, as she is encouraging others to read the teachings of Aleister Crowley, who proudly called himself “the wickedest man in the world.”

To most people, the teachings of Crowley are concerning. A 19th century British occultist, Crowley referred to himself as “the Great Beast 666.” He encouraged the use of drugs and sadomasochistic sex rituals. At the core of his teachings, which are formally referred to as Ordo Templi Orientis (OTO), Crowley believed in rejecting laws and social pressures.

Although he denied practicing black magic, Crowley did have some strange rituals including sun adorations, magic wands and — allegedly — animal sacrifices. 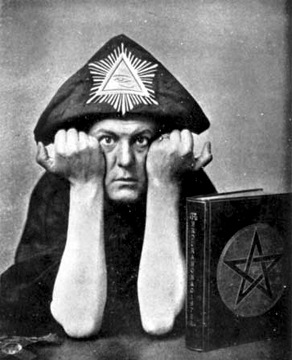 “‘Now,’ said the Beast. My husband struck at the wretched animal, but only half killed it,” wrote Betty May Loveday for True in 1939 of her husband’s experience sacrificing a cat for his initiation into OTO. “He had to pick it up again and finally, with a hard blow, severed its head. But my husband’s task was not done. He had to drink a cup of the cat’s blood!”

In the time since his death in 1947, Crowley’s teachings have influenced a number of people including Led Zeppelin guitarist Jimmy Page.

“I feel Aleister Crowley is a misunderstood genius of the 20th century,” Page told Sounds Magazine in 1978. “Because his whole thing was liberation of the person, of the entity and that restrictions would foul you up, lead to frustration which leads to violence, crime, mental breakdown, depending on what sort of makeup you have underneath.”

Geldof has also done little to mask her interest in OTO. She has even gone so far as to tattoo “OTO” on her arm — and, in her own words, the subjects of her tattoos are all personally meaningful.

“It felt like my life was moving quickly, and if I didn’t get a tattoo to commemorate what seemed to be significant events, they would just slip away from me, or not be as ‘real.’ I had to immortalize them,” Geldof wrote in an article about her tattoos for Sunday Times last month.

She also encourages other to learn more about the ideology. In response to a Twitter follow’s question about learning more about Thelema, a word for Crowley’s teachings, Geldof recently said, “I would buy Aleister Crowley’s books on it, they’re not expensive and super interesting.”

Still, the same Twitter feed seems to indicate that Geldof practices Judaism, which she converted to after her bout with Scientology.

So, what does that mean for Geldof’s soul? 1. That isn’t really for us to say, but 2. It mostly seems like she’s just a curious person with a penchant for scandal. After all, it’s hard to imagine her taking part in sadomasochistic sex rituals while heavily pregnant with her second child.

Josh Duggar’s brothers share their shame in Jill & Jessa special: ‘We don’t want to be like him’