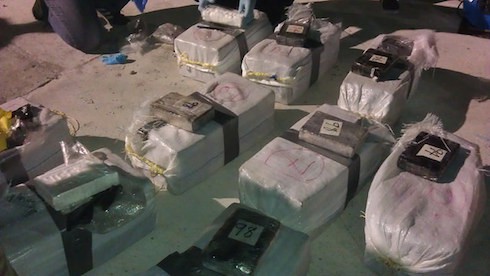 A Central American woman has been arrested and treated for a potentially deadly infection after getting caught with several pounds of cocaine in breast implants. Breast implants…that were already inside of the woman.

Paola Deyanira Sabillon, 22, of Honduras, was detained at El Dorado International Airport in Bogotá, Colombia, after security noticed her acting nervously while standing in line.

Guards conducted an interview and scanned Sabillon via X-ray–and it was there that they discovered 3.3 pounds of liquid cocaine in Sabillon’s new breast implants.

Sabillon confessed that she had been hired to transport “an unknown substance” from Colombia to Spain. She said she didn’t know that the substance in question was actually cocaine.

Before arresting her, authorities took Sabillon to a Bogotá hospital, where she was treated for an infection the implants had caused. Contrary to some reports, the implants had not burst; rather, doctors said that the infection was related to the original surgery, which had not been performed under optimal conditions.

Following a five-day hospital stay, Sabillon was returned to the custody of the Colombian police. Charges against her are pending.

Disturbing trend: Teens are getting drunk on hand sanitizer