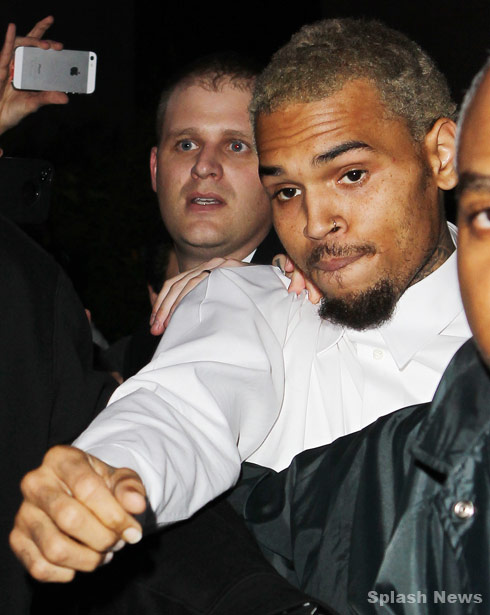 Following his alleged altercation in Washington D.C. over the weekend, Breezy has blown out of jail. In his wake Chris Brown caught a few breaks including having his charge reduced from a felony to misdemeanor assault.

Brown was released yesterday after pleading not guilty to the reduced charges. Chris had initially been ordered to take a drug test but the presiding judge dropped that, which is a standard action in cases such as this.

The bodyguard who is alleged to have been involved in the fight also had his charge reduced to a misdemeanor.

TMZ obtained the witness statements and they’re on par with what was initially reported but do add a little detail in regards to Brown’s version of what went down vs. the alleged victim’s take.

Chris stated again that he did not throw a punch and was on his tour bus after getting down at the Park and 14th nightclub (tons of pics and videos here) when the victim attempted to board and his bodyguard “handled it.”

The victim said he was just trying to get a photo with Brown when the singer said, “I ain’t down wit that gay s**t.” The man responded by saying, “Why you hoing?” The victim alleged Brown then stated, “I feel like boxing,” and proceeded to throw a punch at him. He then claimed that he squared off with Brown and that’s when the bodyguard stepped in an also punched him in the face.

As part of his account, the victim added that Brown then got behind his bodyguard who “handled it” and yelled, “Yeah, walk away!”

The police stated that the victim was treated for a fractured nasal bone.