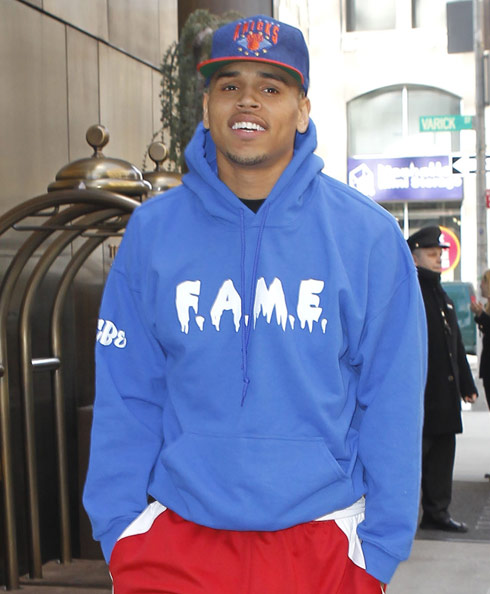 Sometimes when you really want to get to the bottom of a bad boy’s actions you gotta go ask their momma.  The ultra-talented and troubled singer Chris Brown hasn’t seemed to be able to shake his violent assault of Rihanna and his mother, Joyce Hawkins, has some words of advice for her son that she’s shared via Sister 2 Sister magazine.

She told the publication that:

“He has to learn to deal with it and go on with his life. This is something that happened; it was a huge mistake…it was not good at all. But he is still a human being and we all make mistakes and we live and we go on with it.”

I got to give it up to Joyce she tells it like it is.  I guess moms have a way of doing that right?  She went on to add:

“But he has to own it, deal with it and move on with his life.” Ms. Hawkins also added, “I think he really needs to talk about the situation in itself, what actually happened to Rihanna…so that he can get that out for himself.”

I couldn’t of said that better myself but then again I ain’t the man’s momma!  In addition to these revealing comments Joyce has also taped a couple of video interviews with Sister 2 Sister in which she discusses the leaked naked photos of her son and the Good Morning America incident in which Chris flew off the handle and wrecked the place after being asked questions about the Rihanna incident.

As she was in the quotes above, Miss H. is nothing if not candid!  Here’s her take on the leaked naked photos of her boy including who leaked them:

That is so refreshing, she’s right that we all do crazy things when we’re young and I’m prone to believe her when she says it was not Chris who leaked the images.   Here’s one more clip in which she talks about Chris’ numerous “girls” and the kind of lady she would like for her son to meet. She also discusses her take on the GMA blow up and doesn’t let her son off the hook for that either:

I think, check that I KNOW, Chris Brown should hire his momma as his publicist. In a short period of time he’d have a good woman, a renewed rep and the freedom to get back to laying down great records.