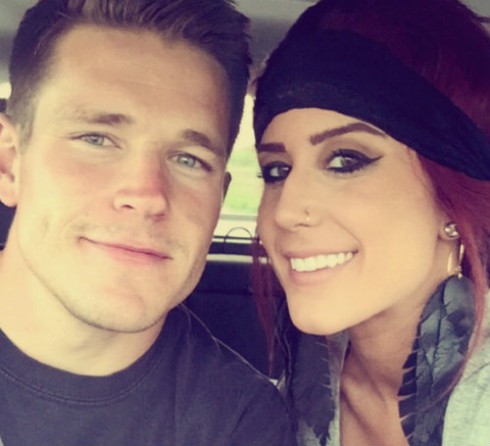 We haven’t heard much about Teen Mom 2′s Chelsea Houska for a while, mostly because it sounds like everything in her personal life is pretty drama-fee: She owns her house, is raising an adorable daughter, and seems to have an enviable relationship with boyfriend Cole DeBoer. In fact, Chelsea’s life is going so well, she and Cole are reportedly planning to move in together!

“They are together pretty much all the time anyways, so it’ll be easier once he does live with Chelsea because he’ll have his stuff and everything,” an insider told Radar Online. “They get along really well and have fun together.”

Because Chelsea owns her home, the source said Cole would move in there. That probably wouldn’t be too big an adjustment for Chelsea’s daughter Aubree, either, considering how much she seems to adore Cole.

If this isn’t the face of pure happiness, I don’t know what is! #grateful

As for what would come after the move, the insider said Chelsea and Cole don’t have any specific timelines in mind.

“They have no rush to get engaged… They are just happy as ever and going with the flow,” the source said. “It will happen when it happens. Chelsea got lucky.”

The rest of us will get to meet Cole when the new season of Teen Mom 2 premieres on July 9.