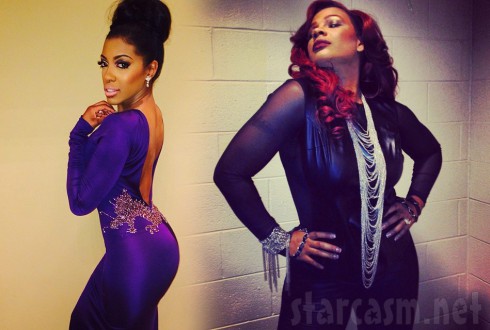 It appears that we have some reality show crossover drama in the ATL! On Sunday night’s episode of The Real Housewives of Atlanta fans got to see Porsha Williams demonstrating her singing chops in the recording studio as she sang the song “Perfectly Worthless.” One person who wasn’t a fan of Porsha’s performance, or its appearance on the show, was “Perfectly Worthless” producer and songwriter Pierre Medor, whose rep has since revealed they passed on Porsha in favor of R&B Divas Atlanta star Syleena Johnson.

“The recent airing of ‘Perfectly Worthless’ by RHOA has come as a complete surprise to us,” Medor’s rep said in a statement issued to media outlets this week. “In the business more than one artist will record the same song hoping for the right outcome, as was the case with ‘Perfectly Worthless,'” he explains.

“Porsha Stewart wanted a song, Pierre Medor wrote and produced this song in its entirety. Not having any previous point of reference for Porsha, we initially recorded the song for the purpose of determining her vocal abilities and how they would fit with this particular song; it was quickly determined that this song wasn’t the best match for her, so we chose not to sell her the song and notified her management of our decision.”

(It should be noted that Medor had agreed to let Bravo film the recording session, and was actually present during taping. The decision to not let Porsha have the song was made later, and although Bravo was made aware, they decided to include the footage anyway.)

But what’s a good diva controversy without a little shade? Don’t worry, Medor’s rep’s got game:

“‘Perfectly Worthless’ is a great song and she loves it…we get that. But just like every body doesn’t look good in spandex, every voice doesn’t fit every song. It’s just unfortunate that Porsha has chosen to create another delusional marriage with this song by airing it and claiming to have taken part in its creation.” SNAP!

The rep goes on to explain how much better Syleena Johnson looks “wearing spandex” so to speak: 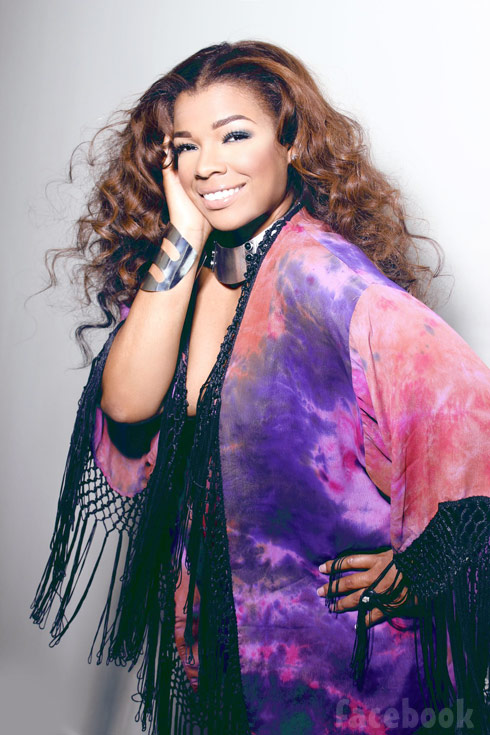 Here’s Syleena Johnson (photo above) singing “Perfectly Worthless” (from her upcoming album, Chapter 6: Couples Therapy) so you can hear what it “should sound like:”

Ans here’s a sample of Porsha Williams’ version for comparison:

TheJasmineBRAND.com spoke with Syleena Johnson about her reaction to Porsha singing the song on The Real Housewives of Atlanta. “I was surprised to hear the song on her show,” Syleena reveals. “I am/was confused maybe, but not really anything else.”

And does she think Bravo’s choice to include it will negatively impact her single? “I am not concerned about the momentum because it is a great song,” the singer says. “Great songs will break thru. The people will make the call.”

Well there you go people — you make the call! Which version do you prefer, Porsha’s or Syleena’s?