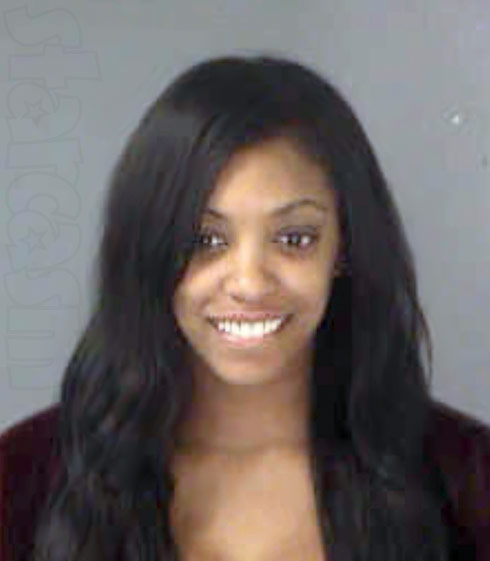 RHOA’s Porsha Williams got herself arrested for the second time this year, and can now add yet another glamorous mug shot photo to her portfolio.

The cast member who was demoted for having a boring story line spiced things up a little bit by doing a little high-speed driving in Atlanta on a suspended license.

According to TMZ, Williams was pulled over yesterday going 78mph in a 55 zone. Cops said she was on a suspended license so they took her to jail where she was booked and shortly thereafter posted $1,726 to bond out.

Straight from the A reveals that Porsha was spotted with a new beau as she waited to get her ride out of impound.

Porsha was arrested back in April over her cray-cray Real Housewives of Atlanta reunion brawl with Kenya Moore.