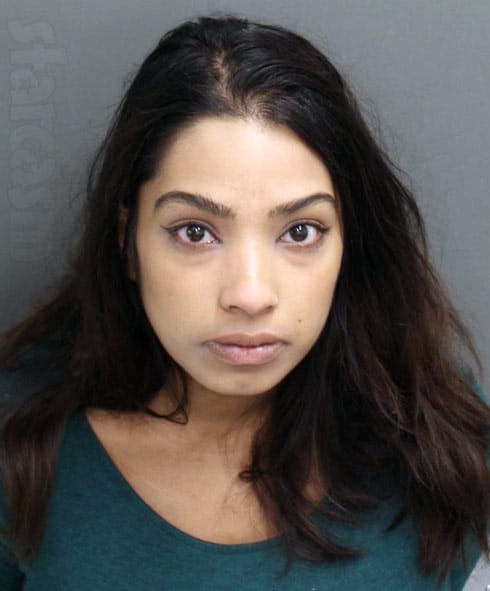 Former Buckwild star Salwa Amin has had a roller coaster month as she welcomed her first child just weeks before being arrested Wednesday on drug charges.

Salwa was arrested in Orange County on Wednesday stemming from an outstanding warrant issued in her home state of Virginia. According to TMZ, Salwa is “facing multiple charges, including conspiracy to distribute a controlled substance and possession of cannabis with intent to distribute.”

Online court records are a little confusing regarding Salwa’s arrest. They indicate Salwa was arrested on Wednesday at 10:24 AM stemming from a third-degree felony Governor’s Warrant. But, the case docket includes a series of entries dating back to early April, including a waiver of extradition on May 4, and an entry for the receipt of a surrendered passport on the same day.

The court records also indicate there is an active cash bond in the amount of $40,000 with a status date of May 7.

I’m wondering if perhaps Salwa was still pregnant when initially approached by law enforcement officials and then allowed some time before turning herself in for booking? Salwa listed her due date as May 7 in an online registry, so the timing does seem to make sense.

On May 12, Salwa shared a video of her daughter Nahla:

“My first Mother’s Day!” Salwa captioned the clip. “So blessed! Best Mother’s Day gift ever! My bundle of joy and Day One Uncle! ❤️❤️ #Nahla #mybabygirl”

As long-time readers of our site are well aware, Salwa had some major issues during and after her time as an MTV reality star — including multiple drug arrests. She really seemed to have her life on track, including opening her own auto shop called Top Notch Customs. She and her rapper beau Maurice (aka Mo3 $) have been together for quite a while, and they relocated near Orlando, Florida earlier this year.

As we previously reported, Salwa was pregnant at the same time as her former Buckwild co-star Ashley Whitt. Ashley was a little further along than Salwa, and she welcomed her daughter Lillian back in early March. Here’s a recent photo of mother and daughter from Ashley’s Instagram:

I’m so thankful God chose me to be your momma. ? #MothersDay2018

In case you missed it, the executive producers of Buckwild have just recently released the first preview trailer for their Mountain State reality series return titled West Virginia Wilder — which looks to be a carbon copy of their original MTV hit.

Buckwild’s Salwa Amin to enter rehab, then back to jail