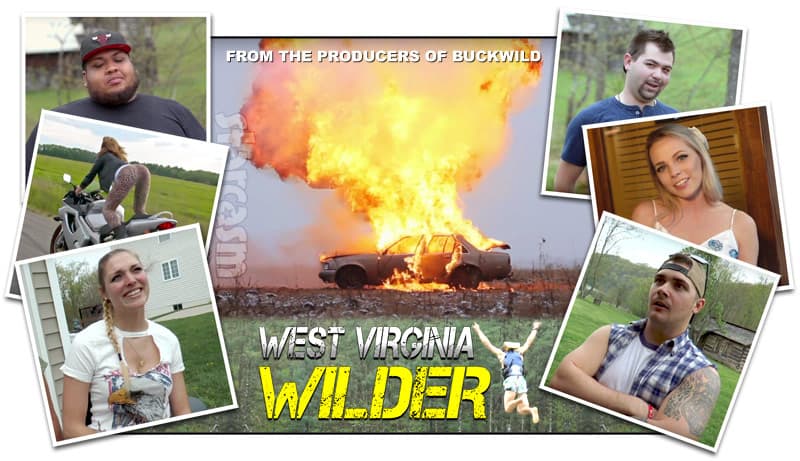 It seems the rednecksploitation genre of reality TV is experiencing a bit of a Renaissance! Just two months after it was revealed that MTV is working on a Buckwild-inspired series set in the Bluegrass State and tentatively titled Made In Kentucky, the actual production company behind Buckwild has announced they have their own hillbilleality show in the works titled West Virginia Wilder!

The show is billed by producers as a “comedic follow-doc” and is currently in production with filming taking place in both Morgantown and Charleston — very close to where Buckwild was filmed.

The original producing team has gone back to Appalachia where it all began. Executive Producers JP Williams, Jennifer Novak-Riker, and John Stevens believe the project and new cast, including Spencer Tarley (“Tar”) related to Buckwild‘s late Shane Gandee, are the next breakout stars of the reality genre. Novak-Riker added “We are always searching for interesting characters across the country and when we recently went to Morgantown, we struck gold. The female cast members are strong and dynamic and lead this wild bunch, which is refreshing to see.”

Unlike Made In Kentucky, West Virginia Wilder already has a preview trailer — and it has the usual array of makeshift thrillbilly antics including an exploding car, a pickup bed swing, UHaul donuts, motorcycle twerking, and human beings being pulled behind trucks and boats in various contraptions:

In the trailer we get to meet some of the West Virginia Wilder cast, including Keliegh, Kathleen, Kearstin, Shirtless Nick Hunter, “Juice” Banner, and Spencer “Tar” Tarly.

UPDATE – Last names and correct name spelling via The Ashley.

It’s still unclear where the show will air as producers are currently shopping the show around. “MTV knows we are back in West Virginia and has asked us to bring in the project,” the producers said. “We are currently pitching all of the cable and streaming buyers to find the best home for the series.”

Since MTV already has a Buckwild sequel in the works, I’m thinking that West Virginia Wilder may find a home at CMT. They’re still looking for a Party Down South replacement, right?