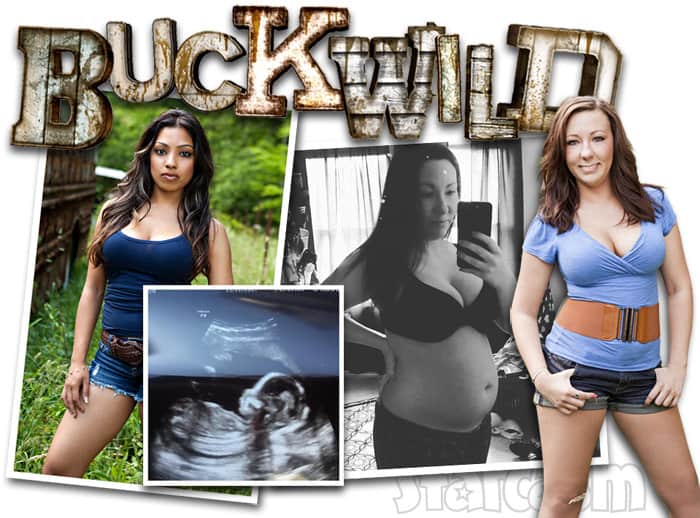 It seems the ladies of Buckwild are settlin’ down as both Salwa Amin and her co-star Ashley Whitt are currently pregnant and due within months of each other!

Ashley was the first to reveal she was expecting with an Instagram post in September in which she also revealed that she is having a little girl. She’s holding two pink balloons and captions the photo by seemingly revealing her daughter-to-be’s name with a hash tag: “It’s a girl ?? #AspinKennedy”

Ashley followed that photo with a couple of baby bump pictures on November 6 in which she revealed that she was 21 weeks along at the time — which would mean that she is currently 24 weeks pregnant: 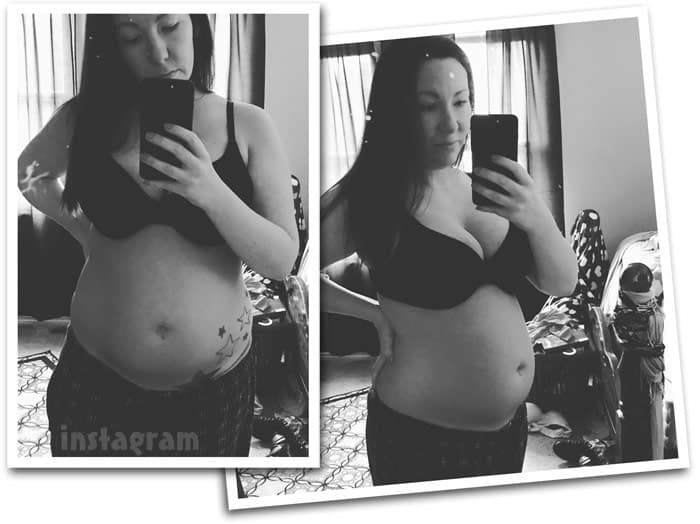 Salwa made her pregnancy announcement on November 23 with a sonogram posted to Instagram and a gender reveal video posted on Facebook: 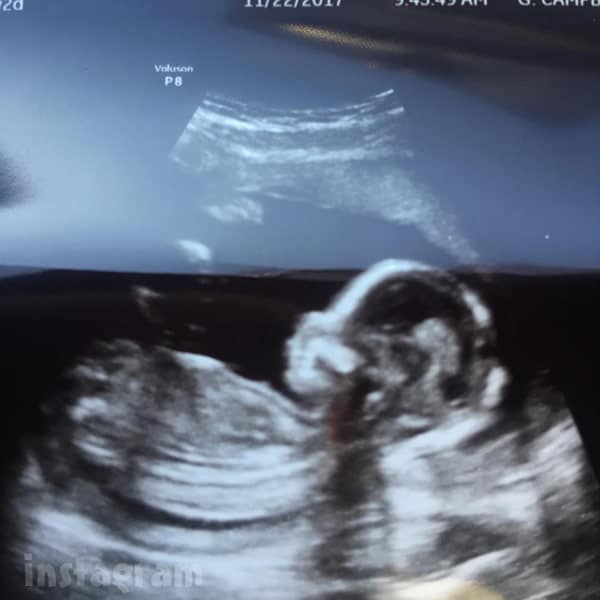 If you watched the video then you know that IT’S A GIRL for Salwa too! “I’m soooo happy me and Ashley Whitt get to have a baby together!!!!” Salwa wrote in the comments section. “Yayyy!! Little buck wild babies!!!! Hahahah.”

From what I can tell, it appears as though Ashley still lives near Charleston, West Virginia while Salwa has moved to Virginia, southwest of Washington, D.C. Ashley doesn’t reveal much about her life on social media, and the identity of the father of her daughter is unknown.

In contrast, Salwa does share a lot of personal deets online, including the identity of her daughter’s father (whom you can see in the gender reveal video above). He is a rapper named Maurice Phillips who performs under the stage name Mo3 $. I think that it is pronounced Moe Money, or maybe Mo 3 Money? I’m not sure.

Also, Salwa has put her accounting education to good use by opening up her own automotive shop! She initially referred to it as Top Notch Customs, but in a more recent poster for an event hosted by Salwa and her shop, it is called Salwa’s Auto Spa: 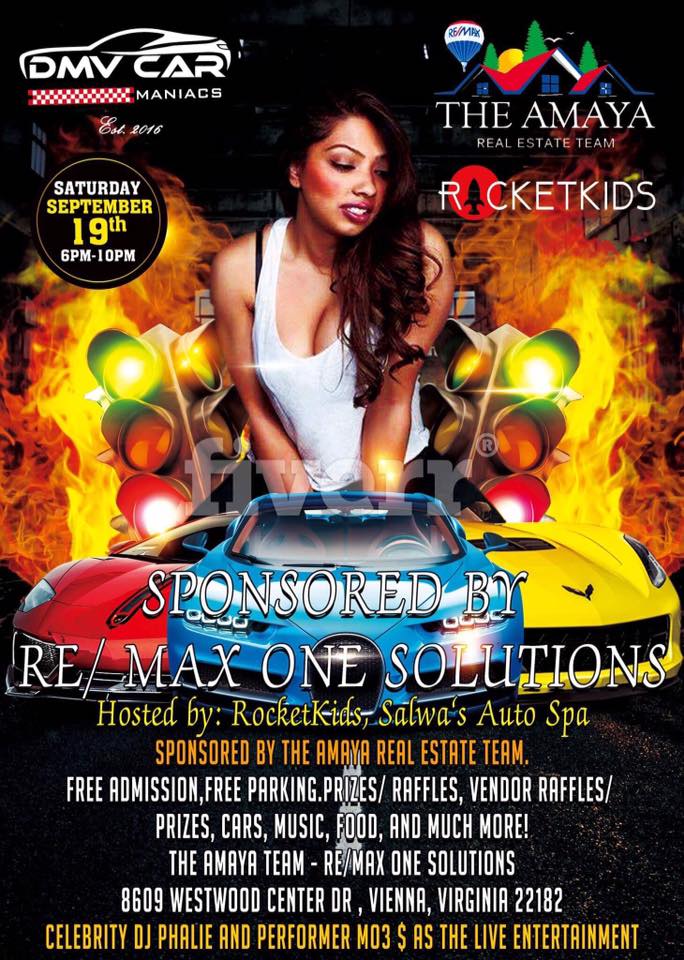 As long-time readers of our site are well aware, Salwa had some major issues during and after her time as an MTV reality star — including multiple drug arrests. In January of this year she posted a photo of a check for $1,682.25 on Instagram along with this update addressing her past — and present and future:

Paying the rent hurts ???Even tho I hate it, it’s a constant reminder of how far I have come. Having gone thru some trying Years in my addiction, never cud I imagine being able to do normal things like paying the bills or my rent. Today by the grace of God I’m a much stronger woman that puts taking care of my household over getting high any day of the week. For anybody that is in active addiction, don’t give up no matter what and y’all can message me anytime. I truly respond back to each and everybody that comes to me to talk about addiction. So please don’t hesitate to reach out ♥️

Ashley has also had her fair share of run-ins with the law. I assume things are more stable for her now as well, but it’s not something she has addressed publicly.

Congratulations to Salwa and to Ashley! But lawd help ’em both if their daughters get their mamas’ Buckwild genes! I can already see them holding hands as they jump into a dumptruck swimming pool together. 🙂

I will wrap up this post with a throwback photo of Salwa and Ashley together from right around the same time as their infamous on screen kiss featured on Buckwild: 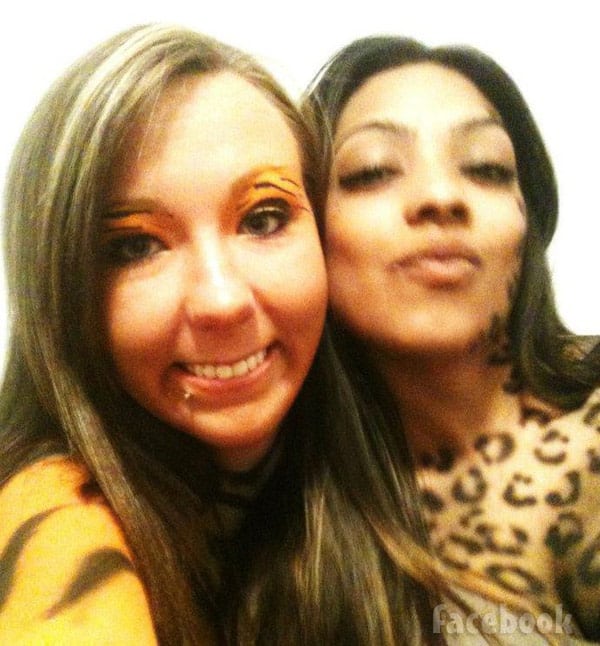 RANDOM SIDE NOTE: I was working on a post about Glee actress Naya Rivera being arrested over the weekend when I found myself searching for information via the Kanawha County Police Department. Searching for info on a very attractive female celebrity via the Kanawha County Police instantly made me think of Salwa, so after I published that post I searched out the answer to my question: “What is Salwa Amin up to these days?” Lo and behold, her most recent post was a pregnancy announcement! It’s kinda crazy how that all went down.