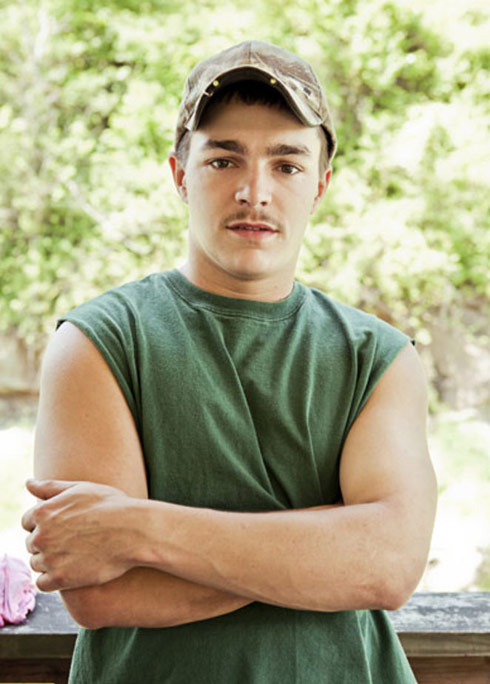 As previously reported, law enforcement officials have confirmed that Buckwild cast member Shain Gandee was found dead at the age of 21. Along with Gandee’s, two other bodies were found in Shain’s 1984 Ford Bronco by an unidentified person riding a 4-wheeler on a hard-to-access dirt road off of Wolf Pen Drive, Kanawha County Metro 911 dispatchers said.

On Sunday, the family of Shain Gandee contacted the local authorities after being unable to locate either him or his uncle, David Gandee, and a missing persons report was issued by the Kanawha County Sheriff’s Office.

According to WCHS, authorities got their vehicle stuck when attempting to investigate the scene and a crew with MTV, who was in the area filming for an anticipated season 2, offered a 4-wheel-drive which provided access to the vehicle that had the three unresponsive men inside.

Investigators who are now at the location are said to be using ATVs to access the remote location.

MTV has released an official statement:

“We are shocked and saddened by the terrible news about Shain Gandee, and those involved in this tragic incident. We are waiting for more information but at this time, our main concern is for the Gandee family and their friends. Our thoughts and prayers are with them. Shain had a magnetic personality, with a passion for life that touched everyone he met and we will miss him dearly.”

Soon after the news broke, the hashtag trend #PrayForGandeeFamily broke on Twitter as fans expressed their grief and sent heart-felt prayers and condolences to the family of Shain Gandee.

Katie Saria wrote, “Everything doesn’t happen for a reason I don’t know why people say that.” She later added, “Thanks everyone for your condolences. We appreciate it.”

Michael Burford, known as “Bluefoot” wrote, “My hearts in a million god da*n pieces you son of a b*tches wanna make smart a*s remarks. I love you Shain idk what I’m gonna do w.o. ya bro”

Ashley Whitt wrote, “Rip Shain Gandee. You are an angel, I know you will watch over me”

Cara Parrish wrote, “This is the emptiest I’ve ever felt. Please pray for Dale and Loretta.”

“This is a very sad and tragic event. We live in a very small community and this tragedy will affect many lives in Kanawha County. Our thoughts and prayers are with the Gandee family. The full details will be released later by the Kanawha County Sheriff Department.”

Buckwild’s Shain Gandee was fired from sanitation job before filming