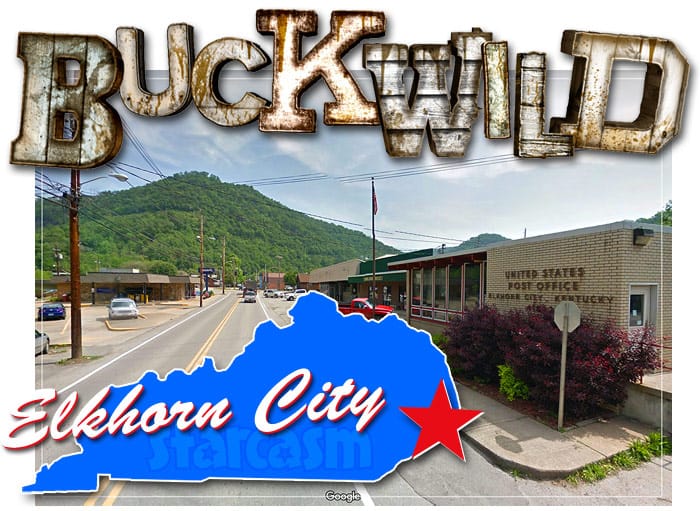 Only a couple days away from the five-year anniversary of the passing of Buckwild star Shain Gandee, it is being revealed that MTV is returning to the Appalachian mountains for another “coming of age” reality series documenting local youths from Pike County Kentucky titled Made In Kentucky. And much like the controversy surrounding Buckwild when it was first announced, local residents — and the Elkhorn City Mayor — are not excited by the news at all.

“You’re not going to make us look like idiots in Elkhorn City,” said Mayor Mike Taylor to Viacom production crew members at a special meeting of the Elkhorn City Town Council on Friday. “That’s not going to work.”

According to Appalachian News-Express, Mayor Taylor cited a scene in which the production team was seen attempting to use a garbage dumpster as a hot tub — which is very reminiscent of the dump truck swimming pool made famous on Buckwild. 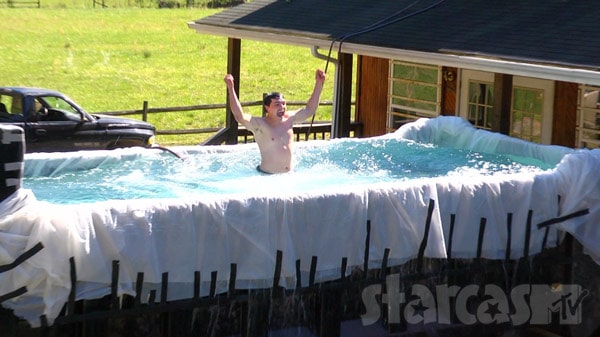 The Viacom representatives said the “hot tub” was meant to be used in an “improv-type” scene. Another “produced bit” included a game of hide-and-seek which the company said would be played by the cast hiding in vehicles and driving around to find each other.

“It’s just a vehicle for us to get dialogue as we make it seem like the kids are having fun. And they’re young, fun kids,” said one of the production members.

The Viacom reps presented a list of the ten youths chosen to be featured in the show, and they assured the Mayor and City Council that they had all been vetted to make sure that they were all in “good standing” and had not done “anything illegal.”

Mayor Taylor was apparently unimpressed as he asserted that he knew some of the individuals selected and that the city has had issues with a few of them in the past. Mayor Taylor also said that some of the cast member were not even living in Elkhorm, a claim that seems confirmed by the Viacom reps who reveal that they made local living arrangements for some of the cast who had “moved away.”

“I could understand, if I looked down this list and I saw 10 kids names who are excellent kids,” Mayor Taylor said. “These other kids … I won’t even go there.”

One of the Viacom reps insisted that the show was operating within strict guidelines put in place by Viacom and MTV. “The idea is not to have a wild, drunken party and constantly doing things like Jersey Shore and all of that,” she said. The rep added that the production crew and cast worked closely with safety consultants.

“It was the same thing on Buckwild,” Mayor Taylor argued. “They had security there — the guy’s dead now.” I want to point out that MTV was not filming when Shain Gandee and two others went mudding in his Bronco after being at a bar late in March of 2017. From our story at the time:

Though production on Buckwild Season 2 began weeks ago, the ill-fated four-wheeling trip was not being filmed for the show and was further evidence that what we saw of Shain on television was exactly like Shain in real life. His father said Shain “died doing what he loved to do.” 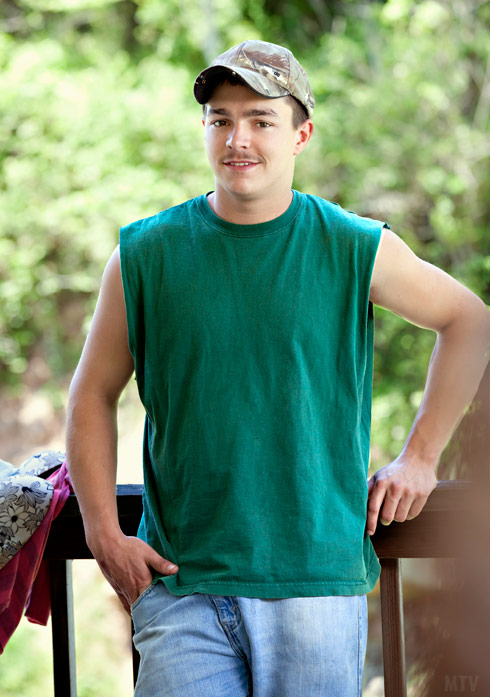 “It’s nothing we can show. We can’t even show a fight on our show. It’s not one of those shows,” one of the Viacom reps pointed out. “We are not just casting a bunch of miscreants and people that are out doing outrageous things … These are real kids in the area that are really trying to progress in their lives.”

A decision on whether or not filming would continue in Elkhorn was not reached at Friday’s meeting as another special meeting was scheduled next week to discuss the matter further.

Although there were reports of MTV filming in the area as far back as June, the rep stated at the meeting that they have only been filming for a week and that they planned to film enough footage for eight episodes.

All of this is almost identical to the controversy surrounding Buckwild after it was first announced back in 2012. After opposition to the series gained momentum, West Virginia Senator Joe Manchin jumped on board and went so far as to pen a letter to the president of MTV requesting that he “put a stop to the travesty called Buckwild.”

“As a U.S. Senator, I am repulsed at this business venture, where some Americans are making money off of the poor decisions of our youth,” Manchin wrote. “I cannot imagine that anyone who loves this country would feel proud profiting off of Buckwild. Instead of showcasing the beauty of our people and our state, you preyed on young people, coaxed them into displaying shameful behavior — and now you are profiting from it. That is just wrong.”

Prior to the public controversy surrounding the show, there was also some behind-the-scenes issues as well. The West Virginia Film Office refused tax credits to show producers because it felt the show was portraying West Virginia “in a significantly derogatory manner.”

As is often the case, the public outcry did little to affect television viewers as they responded positively to the show with very strong ratings that increased throughout the first season, and eventually resulted in MTV renewing the show for another season. Unfortunately, the death of the Buckwild‘s most charismatic and authentic star, Shain Gandee, led to the network canceling the show just a few weeks into production of its sophomore run.

It is unclear at this point when MTV plans to premiere Made In Kentucky, but I would guess that plans are for some time in the fall or late summer at the earliest.

Local residents being upset at how they are perceived based on reality shows is a very common phenomenon, but is it a legitimate concern? I’ve covered reality shows for a long time, and I’ve always had the impression that there are crazy, dumb, smart, entertaining, boring (and every other adjective you can think of) people in every town in America. For whatever reason, people like to watch those people on reality shows when they have a different accent, are from a different economic class, or have a different geographic backdrop than their own — but not so much when they shop at the same Walmart or Target as they do. And let’s remember, nobody really wants to watch upstanding citizens being nice to each other — except for The Little Couple.

I think Elkhorn City Attorney Tim Belcher summed up my sentiment with quite the zinger: “Here’s what we’ve got to understand. You can regulate everything,” Tim said. “We don’t want the basis of the regulation to be ‘You’re going to make us look stupid.’ Believe me, we do a good enough job of that ourselves.”

What do you think? Would you be upset if there was a Buckwild or Jersey Shore spin-off in your hometown?