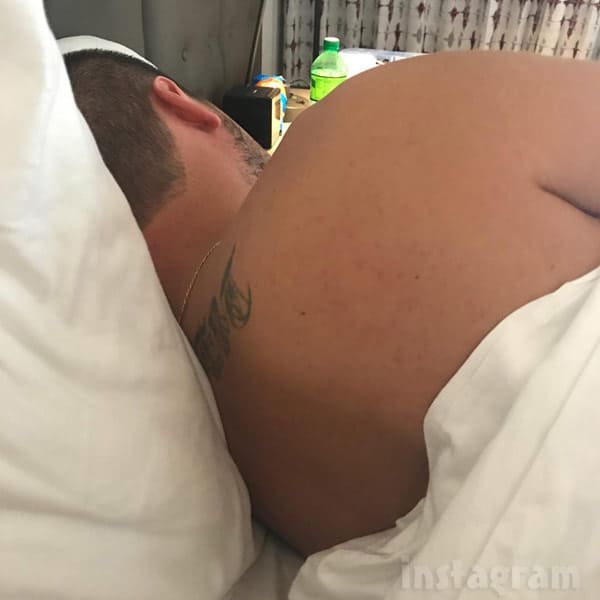 The title is totally over-sensationalized as far as the nudity goes, but Brooke Wehr has confirmed earlier reports that she and Teen Mom 2 dad Jeremy Calvert are back together again again.

Wehremy are apparently in Las Vegas right now, and Brooke posted the photo above of Jeremy catching some extra Zzzzzs in their hotel bed on Instagram yesterday. Brooke had a little fun at Jeremy’s expense with the caption: “Sleepy head ??? #vegas #naptime #lazyass”

The on-again, off-again, on-again, off-again couple has been uncharacteristically hush-hush with their most recent reconciliation, which reportedly happened more than a month ago. It’s unclear if the Las Vegas vacay is anything more than fun for the duo, but they should be careful because, as they say in the Teen Momiverse, “what happens in Vegas will be included on the show and will also be revealed online via a series of recorded phone conversations, photos, and screen capped text messages.” It’s a cumbersome slogan to be sure, but a wise one.

One thing that happened for Brooke and Jeremy in Vegas that didn’t stay in Vegas is that they bumped into another reality show duo — Vanderpump Rules hunks Jaxt Taylor and Tom Schwartz! 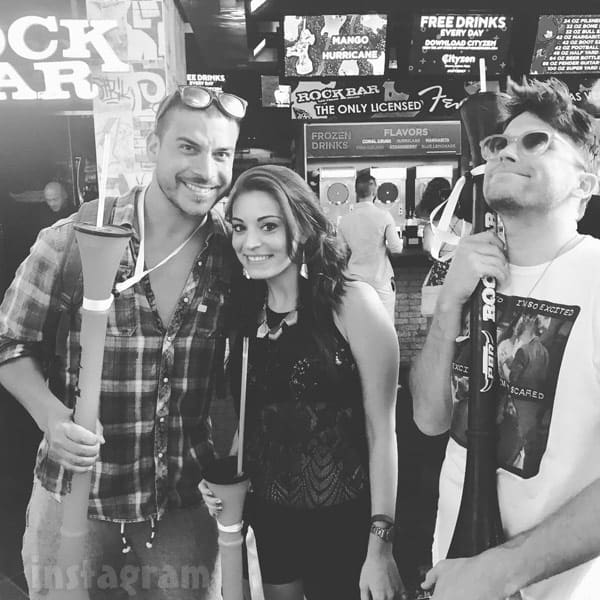 “@mrjaxtaylor and @twschwa are the best???” Brooke captioned the photo of her with the fellers. “Glad I got to meet you guys ???”

I think both Jax and Tom are currently the subjects of split rumors? Hmmmm…

Anyways – congratulations to Brooke and Jeremy! I look forward to seeing how Jeremy reveals the reconciliation to Leah on the show. 🙂