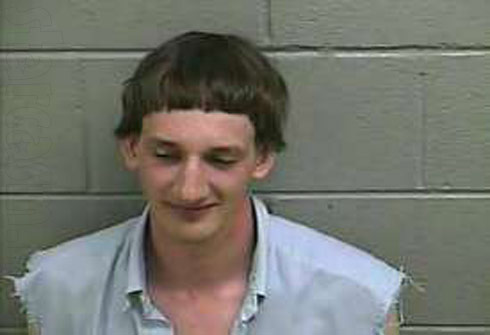 Andrew Schmucker is the TLC crossover wonder who, along with his mom Mary, has appeared extensively on Breaking Amish and Breaking Amish: Brave New World as well as Breaking Amish: LA. And maybe it’s just me, but it seems like every time Andrew makes his entrance (which is always grand and dramatic) on the shows he has just gotten out of jail. With that in mind, it appears as though Andrew is preparing for whatever the next incarnation of Breaking Amish is going to be because he was just ordered last month to serve time in jail as well as complete 45 days of inpatient treatment at the Gateway Rehabilitation Center in Erie, Pennsylvania.

We will get to Andrew’s most recent stint behind bars (and in rehab?!?) in a moment, but first I figured I would share what we know about his run-ins with the law prior to that, including the one that would eventually lead to him appearing before the judge last month for a reported probation violation.

Back in 2008 Andrew and his brother Abe Schmucker (of Breaking Amish fame) were arrested in Edmonton, Kentucky and charged with public intoxication. (Andrew was 21 at the time, Abe was 18. You can see Abe’s mug shot and read more about the arrest here.) The Andrew Schmucker mug shot photo at the top of this post is from that arrest, and demonstrates he’s had a passion for shirts with ripped sleeves for many years.

Then, on March 25, 2011, Andrew allegedly committed “Criminal Attempt – Theft By Unlaw Taking -Movable Prop” as well as “Def Tres Posted” to which he pleaded guilty to on June 28, 2011 (according to online court records). Although I am not sure of the specifics of his crimes, here are the Pennsylvania statutes he violated:

§ 901. Criminal attempt.
(a) Definition of attempt.–A person commits an attempt when, with intent to commit a specific crime, he does any act which constitutes a substantial step toward the commission of that crime.
“Movable property.” Property the location of which can be changed, including things growing on, affixed to, or found in land, and documents although the rights represented thereby have no physical location. “Immovable property” is all other property.

§ 3503: Criminal trespass
(b) Defiant trespasser.–
(1) A person commits an offense if, knowing that he is not licensed or privileged to do so, he enters or remains in any place as to which notice against trespass is given by:
(ii) posting in a manner prescribed by law or reasonably likely to come to the attention of intruders

(Didn’t Andrew say on the show that he was in jail for forging a check?)

As part of Andrew’s sentencing it specifically states that he is “not to enter onto the property of Amfire Mining Co.,” so perhaps it was their property he was trespassing on and intended to thieve from? (An online search turned up an Amfire Mining Co., LLC in Latrobe, Pennsylavania, just east of Pittsburgh.)

NOW, 06/28/11, Def. having entered Guilty Plea to Criminal Attempt to Commit Theft by Unlawful Taking, M/2, SENTENCE of this Court that Def. pay $250.00 plus costs, be placed on probation for a period of 2 yrs.

Effective immediately, Def. to refrain from possession/use of alcoholic bevs/controlled subs.; nor shall she [sic] enter any establishment that sells, provides or permits the same.

Def. to attend/complete counseling and be responsible for all costs associated therewith.

Def. not to enter onto the property of Amfire Mining Co.

Def. may be eligible to participate in this county’s re-entry plan, which includes the work release program, earned time credit program, IPP program, and early release program. The court notes that all participants must be approved by the court prior to entering any program.

So at this point, Andrew was essentially placed on two years probation. 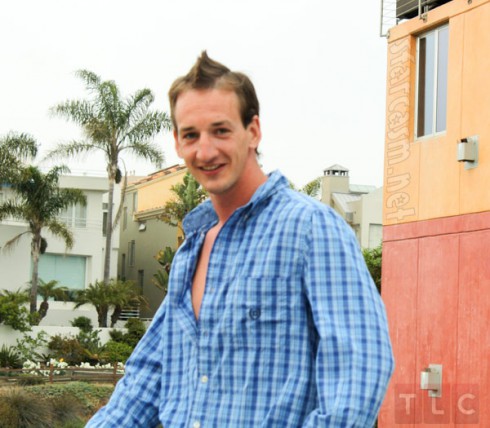 In February of 2012 an order to detain Andrew was issued by the court and a revocation hearing was set for February 27, 2012.

Here is the Violation of Probation Order results from that hearing:

NOW, this February 27, 2012, Deft. having appeared on an allegation of Violation of Probation; the Court being satisfied that said violation has occurred and upon consideration thereof, it is the ORDER of this Court that Probation is hereby revoked and it is the RESENTENCE of this Court that on the charge of Criminal Attempt/Theft by Unlawful Taking, M/2, Deft. be incarcerated in the Clfd. County Jail for thirty days to one year, along with a consecutive Probation period of one year under the supervision of the Clfd. Co. Adult Probation Dept.

Deft. may be eligible to participate in this county’s re-entry plan which includes the Work Release, Earned Time Credit, I.P.P., and Early Release Programs; the Court notes that all participants must be approved by the Court prior to entering any program.

Within ten days of Parole, the Deft. shall establish a payment plan with Collection Division.

All terms/conditions of the original Sentencing Order not inconsistent with the above shall remain in full force and effect.

Defendant’s failure to abide by the above conditions as ordered by this Court shall result in automatic issuance of Bench Warrant without further notice/hearing being provided.

In November of 2012 there was a delinquency notice filed and this Wage Attachment Order was issued on April 18, 2013:

It Is Hereby Ordered that the Defendant’s employer, Entertainment Partners, shall withhold $1,347.00 from the Defendant’s wages, beginning immediately, to be payable and forwarded to the Jefferson County Clerk of Courts for application against the above-referenced matter.

In August of this year there were two different orders to detain Andrew issued (The Courier Express reports that he failed a urine test) and he appeared before Judge John H. Foradora in the Brookville Court of Common Pleas. Here are the results:

Upon release from Clf Cty the def shall return to Jef. Cty to complete 45 days inpatient treatment at Gateway Erie. His sentence shall be split with a consecutive 2 years RIP that shall run consecutive to sentence imposed at Clf. Cty.

Theft By Unlawful Taking, M2, the def appearing before the Court for Gagnon I Hearing, admitting to violations charged, proceeding with Gagnon II hearing, it is ordered that the def probation is revoked and he is resentenced to time served in JCJ. The def is released from the bench today to be sentenced in Clf Cty.

So Andrew was resentenced to time served in Jefferson County Jail, and after he completes his time there he is to complete 45 days of impatient treatment at the Gateway Rehabilitation Center in Erie, Pennsylvania, which, according to their website, “offers wide-ranging care in alcohol and/or other drug treatments that have been successfully proven over the past 40 years.” In addition, the judge ordered the sentence split with two consecutive years on the Restrictive Intermediate Punishment Program.

That’s about all we know up to this point.

Be sure to tune in to the Breaking Amish: LA finale and Reunion Special this Sunday on TLC starting at 9/8c!