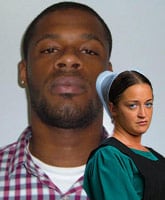 Imir Williams made headlines in 2013 after his brutal attack of his girlfriend, Amish Mafia star Esther Schmucker, resulted in a fractured cheekbone, broken nose and multiple broken teeth. Imir has since spent a good deal of time behind bars, but is apparently not rehabilitated because he is wanted yet again for assaulting his girlfriend.
Read More... 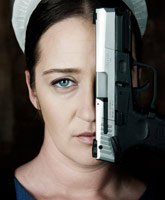 Back in March, fans of Discovery's popular non-reality series Amish Mafia saw the last of Lebanon Levi and his not-so-merry band of enforcers, as the show wrapped up its fourth and final season. Now, it appears that one of the show's former stars, Esther Schmucker, will be taking Lebanon's place as the "true Monarch of the community" in what looks to be a sequel to Amish Mafia, titled The Rise and Return.
Read More... 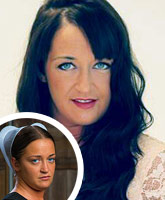 Former Amish Mafia star Esther Schmucker was silent for months on social media before posting on Facebook last week explaining that she has been "sick for a little while" and asking for prayers as she was heading to the hospital to have surgery. Earlier today Esther returned to Facebook to provide fans with a post-surgery update, including some details on what was wrong.
Read More...
Read More...
Read More... 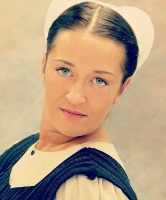 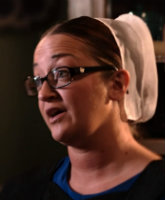