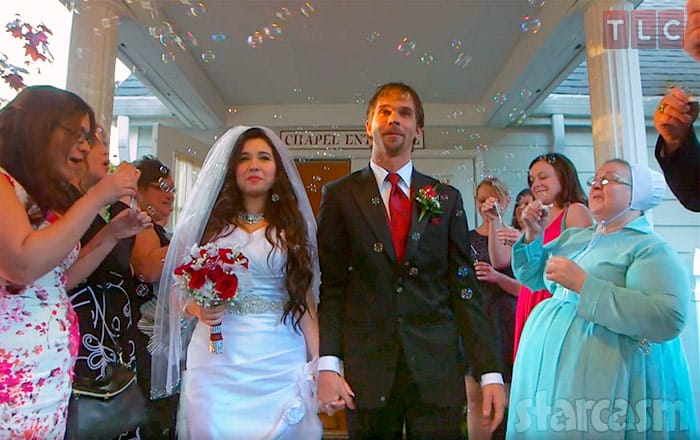 UPDATE – Carmela has since removed the wedding photo she posted, and at the request of Jeremiah, we have removed it from the post. If they reconsider and decide to share photos publicly again, we will update the post. We have kept the snaps of Jeremiah and his Return To Amish co-stars (and Carmela!) chillin’ out the day after the wedding though!

UPDATE – We’ve replaced the photo with a new one after the episode aired.Click here for more wedding photos!

After Jeremiah shared a few videos on social media on Sunday, newlywed bride Carmela Raber posted the photo above on Facebook in which she can be seen looking beautiful in her white wedding dress and veil, walking arm-in-arm with her new husband Jeremiah (in a suit!) as they leave the ceremony amid a storm of bubbles blown by friends and family in attendance.

And speaking of friends and family in attendance, Jeremiah’s Return To Amish co-stars Rebecca Schmucker, Abe Schmucker, Mama Mary Schmucker, and Sabrina High. Here is Jeremiah and a topless (as in no prayer cap) Mama Mary chillin’ on Sunday: 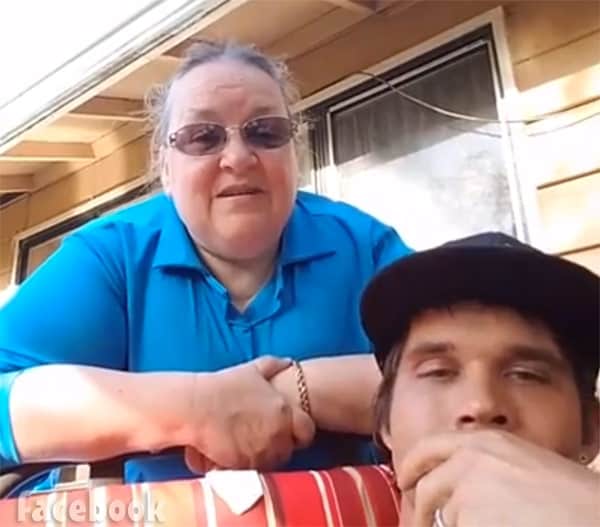 And Jeremiah posin’ with Abe and Rebecca: 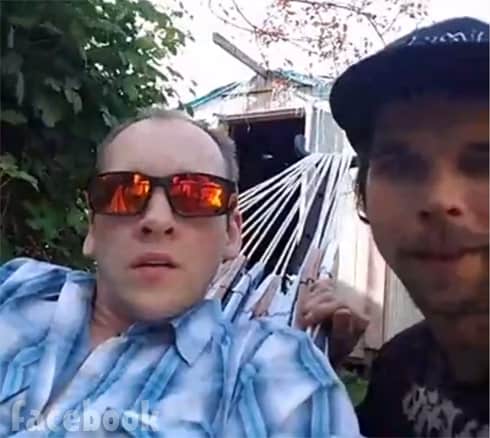 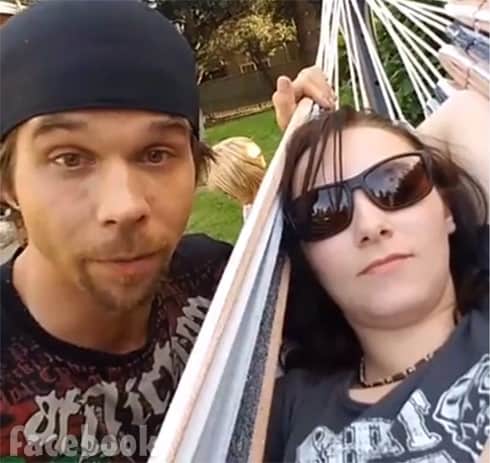 OK, and one more of Jeremiah with his wife Carmela: 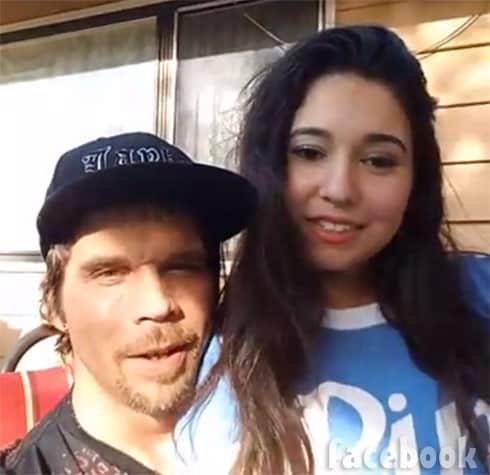 As you can tell from the photos above, everyone was pretty chill the day after. (I think Sabrina flew home early?) The crew would later head out to enjoy a group honeymoon playing Bingo.

While we still haven’t gotten a close up of Carmela’s ring finger, Jeremiah was more than happy to show off his hus-band — which looks to be a bit more elaborate that most grooms’ rings: 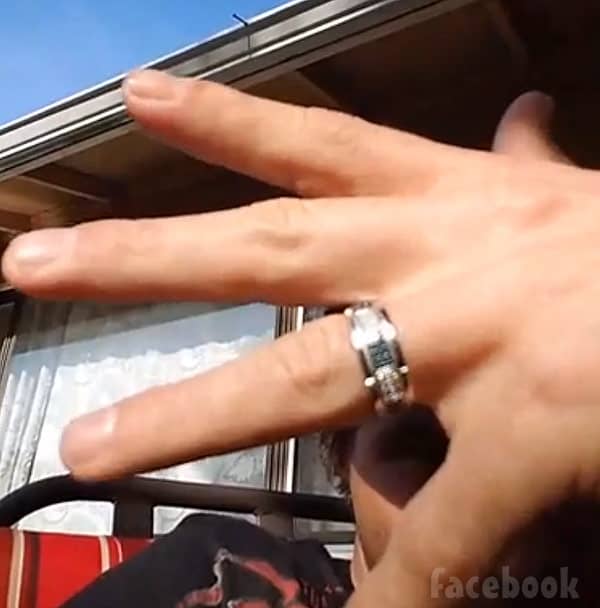 Once again, congratulations to Jeremiah and Carmela! These two seem extremely happy together, and we wish them all the best.

If you’re curious as to whether or not the wedding will be featured on the next season of Return To Amish, that question remains to be answered. There are online reports that TLC initially decided to not film the event, but later changed their minds and were present — but those reports have not been confirmed.