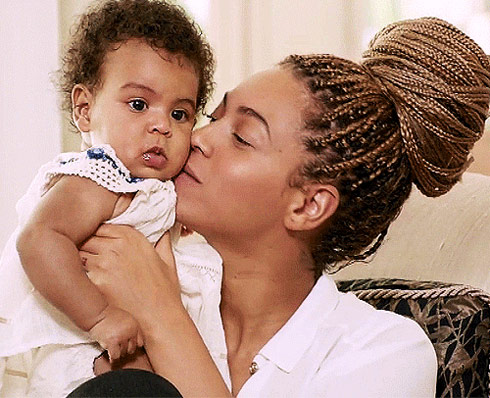 A woman in New York named Tina Seals has filed a maternity suit (yes, you read that right) against Beyonce and Jay-Z claiming that she is in fact Blue Ivy’s mother. In the court documents she claims she was “previously associated” with the A-list couple and is asking “to verify whether she is the biological mother.”

Though the report may seem ridiculous, the story has gained some legs because of recent rumors that Beyonce and Jay-Z’s relationship is strained — plus, Beyonce was famously rumored to have used a surrogate and allegedly “faked” her pregnancy for the media. (Remember the collapsing baby bump clip?) So could Tina Seals really be the mother of Blue Ivy?

After doing a bit of research I’ve determined the answer to that question in unequivocally “no.” In addition to filing a maternity suit for Blue Ivy, Tina Seals has previously filed similar suits against Kim Kardashian and Kanye West in regards to North West, Mariah Carey, Janet Jackson in regards to Michael Jackson’s children Prince, Paris and Blanket, and even the Duke and Duchess of Cambridge!

That case was tossed out on August 8 by Judge Loretta A. Preska in a ruling that states the Kardashian suit “is one of the more than a dozen cases that Plaintiff has filed in this Court in the past month.”

Another of those more than a dozen cases was against Mariah Carey and Nick Cannon. And as far as compensation, this time around Tina asked for:

Stipulation signed by Judge for:

5 CD’s Produced, mixed, mastered, distributed by Mariah’s label w/ her featured on one and all five endorsed by her

So what could Tina Seals have possibly requested of Prince William and Kate Middleton? No recording contracts or singing lessons, sadly, just “5 million USD or EURO paid by wire transfer to a US Bank.” (I love that she didn’t care whether it was in US dollars or in Euros!!)

Tina continued her lawsuitapalooza against pop royalty (and straight up royalty) by filing a maternity suit against Janet Jackson to determine if Tina was the mother of Michael Jackson’s three children. “I was friends with Michael Jackson during and or around time of the births of Paris Doe, Blanket Doe, and Prince Michael Doe,” Tina explains in the filing, “and would like to verify if I am the biological mother of the three.” So what does she want from Michael Jackson’s estate? Could it be Nerverland? “Plaintiff prays the court will DNA test the three children to determine maternal connection to the Plaintiff. No other relief sought at this time pending test results.”

Tina’s legal filings weren’t restricted to just celebrities, however. She also sued “The Church,” which included a list of more than 25 pastors claiming that “various Jane/John Doe’s were born through a ‘service’ that provided ‘invetro’ services. There is a possibility that said Defendants have Jane/John Does’ with DNA match to Plaintiff, as a result of ‘service.’”

Oh, and in perhaps her most ambitious suit, Tina Seals went after “The United States of America,” including President Barak Obama, the Department of Justice, Congress, the FBI, the CIA, the “Police,” and “People of the United States.” In that suit Tina claims that the following took place between May and August 1 of 2014:

I am being accused of being “Sarah,” Sari,” “Sariah” – an AWOL member of Congress. The Defendants, and their associates kick, hit, push, stalk, harass, run at, scream at, ride bikes at, cuss at me declaring “Get to Work,” “Get to Washington.” “Get on the bus.” “Youre late for work!” “You dont have CHANGE”

Defendants, without Due PRocess of Law, Equal Protection of Law, 4th, 5th, 6th and 14th, and in violation of Election Law, are attempting to FORCE me to go to Washington, Boston, or Texas, claiming I am an AWOL Congresswoman.

Also, certain workers of the United States Congress are telling me “face down”, “below the Mason Dixon Line,” yelling obsene things at me, harassing me, and I have no context as to why.

She asked for five million dollars in damages.

Here are some more detailed allegations from Tina, just click to enlarge: 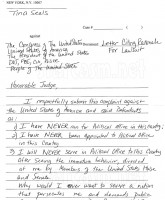 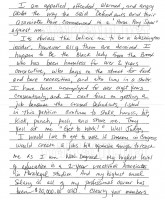 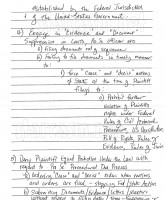 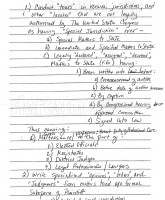 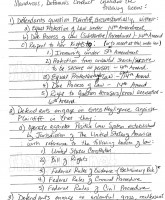 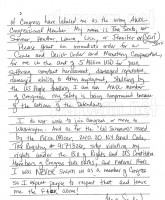 Obviously, Tina is a very troubled woman who, judging from her aptitude at filing legal documents, was probably well-educated and formerly gainfully employed. She reveals on several forms that she is currently homeless and sleeps in a shelter, and that she hasn’t been employed since 2007. On one of the documents she says her last job was with the investment banking firm Berkery Noyes from June, 2007 to December of 2007, which seems to suggest she may have lost her job in the market crash.

I hope Tina is able to get the help she needs, and I’m secretly hoping that Beyonce will be her usual amazing self and actually make that happen herself. 🙂