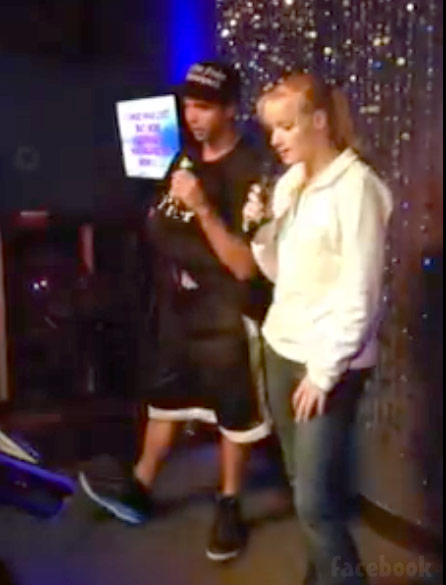 Leaving the Amish opens a whole new world of “English” amenities like electricity, cars, tattoos, and… karaoke! Check out this video clip of Breaking Amish: Brave New World co-stars Rebecca Schmucker and Jeremiah Raber enjoying their new-found freedom to go to a bar and sing along to instrumental tracks!

The video, in which the two cover the traditional hymn “Amazing Grace,” was posted on Facebook by Jeremiah — much to the surprise of Rebecca. “Wow I didn’t know anybody had a video of it! Lol All I can hear is my loud mouth!” Rebecca wrote in the comments.

But karaoke appears to be just the first step in a potential music career for the show’s resident Breaking Amtrepreneur, Jeremiah Raber. After launching a line of “Do Your Freakin’ Homework” t-shirts and announcing he plans to open an “Amish sweet shop” soon, the reality star now has his sites set on potentially recording an album — and he’s already got one song written for it!

Titled “Unstoppable,” Jeremiah posted the lyrics on Facebook and revealed that “the haters helped me so thanks to them.” The chorus includes inspirational lines such as, “I think if I spread my wings and fly it’ll make my life worthwhile.” He then asks himself, “Why is it so hard for me to realize, that if I Spread My Wings An Fly, and I Never Give Up, I’m unstoppable.”

We even worked up a little graphic for the cover art on the “Unstoppable” single: 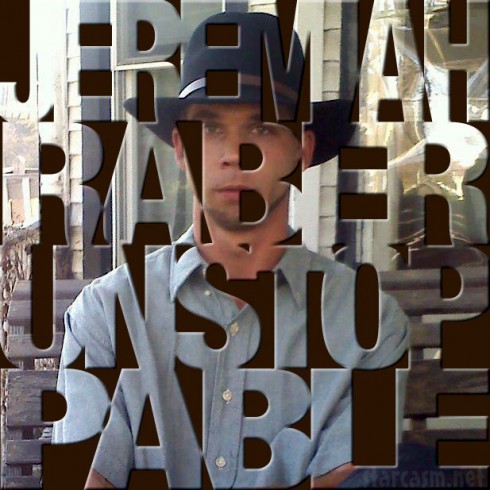 One fan left the comment, “so write some more and make an album,” to which Jeremiah immediately responded with, “working on it.” He later reveals that he will not be playing any instruments on the album, only singing, and that it will be “country.”

I don’t know about you, but I’m eagerly awaiting the debut single “Do Your Freakin’ Homework!”

You can read the full lyrics to Jeremiah Raber’s “Unstoppable” on Facebook.