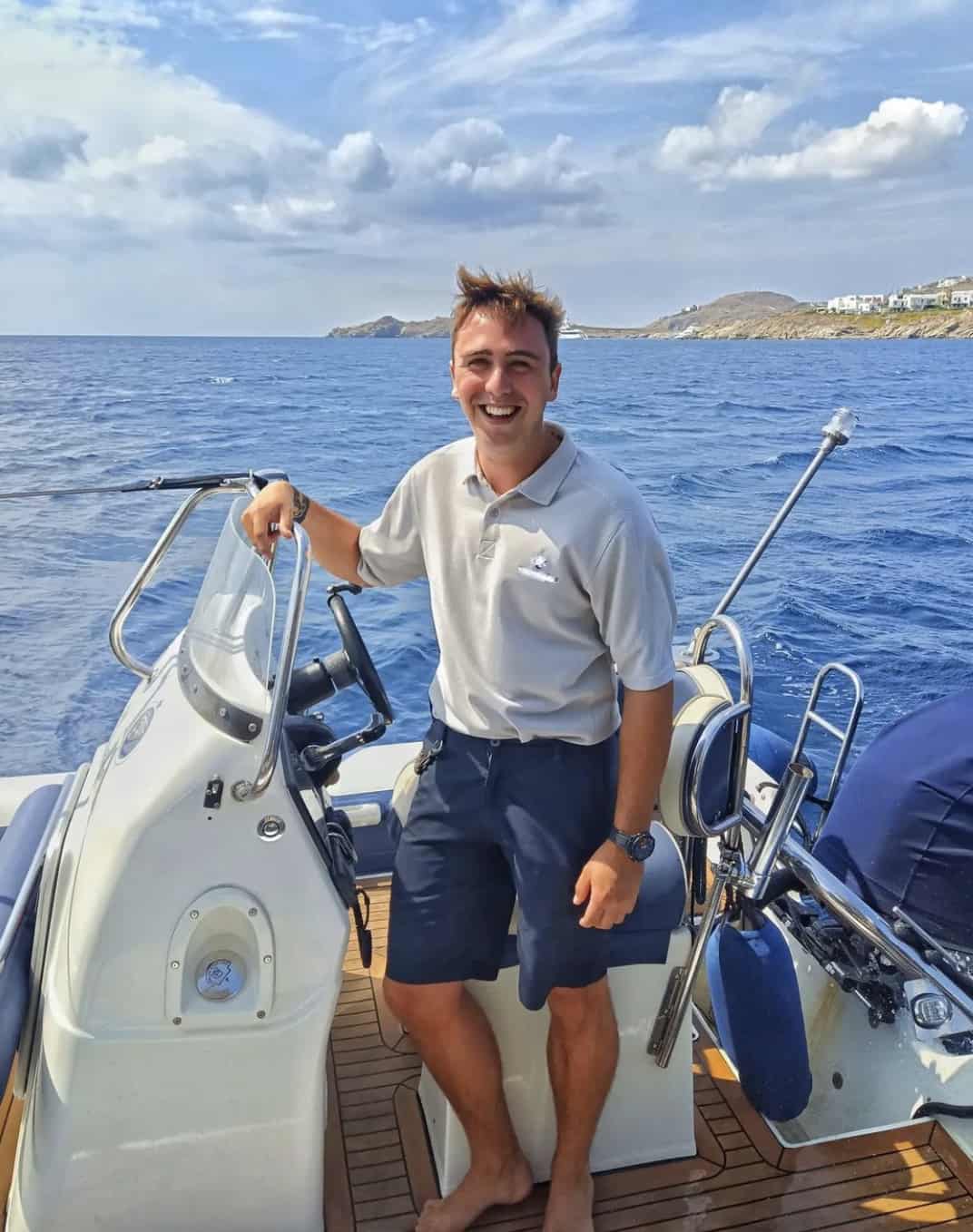 Last week’s episode of Below Deck: Mediterranean ended with lovable deckhand Lloyd Spencer experiencing a medical emergency. His blood pressure was elevated, he had a tight sensation in his chest, and he was extremely nauseous. Captain Sandy was extra vigilant to make sure he received care because she had a heart attack in 2018.

Thankfully, Lloyd was not having cardiac issues, but the physical stress his body experienced was very real. The doctors determined that he was experiencing a panic attack, which can manifest with similar symptoms to a heart attack.

Captain Sandy later asked Lloyd if there was something that triggered his panic attack, and he revealed that he was stressed out about leaving the ship because he didn’t know if his next yachting job would be as accepting as this one. Sandy told him that she would give him her personal number so he could call her if he ever needed her.

Lloyd has found a lot of support and friendship aboard the Lady Michele this season. Although there has been a share of drama, mostly revolving around stew Lexi Wilson, the general vibe on the boat has been very supportive, especially amongst the deck crew. Mzi says in the episode airing Monday that he thinks Lloyd is “one of the purest human beings I’ve ever met.”

This is a stark contrast to Lloyd’s previous experience in the yachting industry. Before Lloyd embarked on a yachting career, he worked as a European coach driver. He’s still pretty new to yachting, and he was harassed and abused on his last boat because of his sexually fluid status. When he revealed this to his crew members, they offered him love and understanding, but he fears that this is a unique experience and he may suffer discrimination, bullying, and harassment again in the future.

Lloyd confided in Sandy that he had not had a “particularly nice year,” and says that he can get “quite anxious and nervous about when the season ends.” Sandy tells him he’s going to be okay, and lets me know he call call her if he ever “runs into anything.”

Thankfully, it looks like his new yachting job is working out really well, and he’s getting along with his new crew swimingly.

He recently spoke with Decider about his new boat, where he’s the bosun! It’s a smaller boat than the Lady Michelle, and he loves his new crew.

On September 10, 2021, Lloyd shared on Instagram the above photo of himself on aboard a yacht in Greece and captioned that he was “loving life.”

He also shared some fun photos of himself driving a tender to “save” the crew od another boat, and joking around with his new crew-mates in his stories. 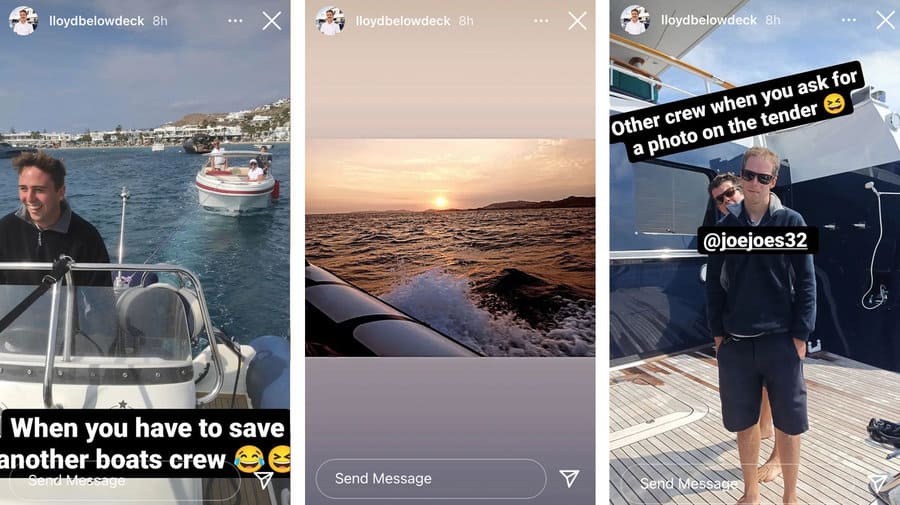 If you ever run into problems again, though, Lloyd, you can not only call Sandy, but also the Below Deck audience. We’ve got your back! And, it would be great to see Lloyd back on a Below Deck show.

Here’s some of Lloyd’s best moments from this season: