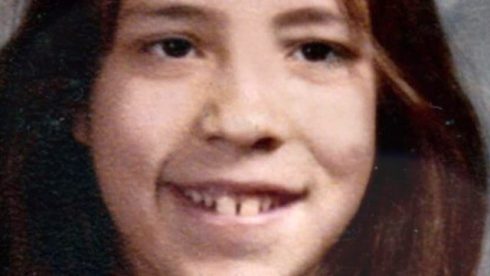 Tonight’s Sunday Lifetime movie Believe Me: The Abduction of Lisa McVey is based on the harrowing true crime tale of a teenager forced to fight for her life when she was kidnapped on her regular bicycle route home.

When Lisa McVey returned home from escaping from serial killer Bobby Lee Long, her abusive family didn’t believer her. Thankfully authorities did, and Lisa McVey was able to give investigators details that led to Bobby Lee Long’s capture. In a sad twist, Lisa feels the skills she learned from surviving abuse at home helped her escape her abduction.

“I always took the same route on the way home. It was always dark, but it seemed darker than usual that night,” Lisa has said about the night her world was upended. “I’m pedaling my bicycle on the sidewalk, but a car blew a horn. I thought, ‘That was kinda odd. Why would a car go by and blow a horn? I’m on a sidewalk.’”

“I got halfway down the street, I noticed a car was in the parking lot of a church. I looked back at the church and next thing I know, I was yanked off my bicycle,” she said. It was only Long attacking her, but the force felt like three or four men to the young girl.

After being raped multiple times Lisa decided to play to Bobby’s emotions in an attempt to save her life. She said she spoke to him like a “4 year-old,” and she managed to get inside his head and flatter him. “I said to him, while I’m blindfolded and still tied up, ‘Listen, I know you said you’ve done this to other women before because of the broken relationship. It’s unfortunate how we met. You seem like a nice guy. I can take care of you, I’ll be your girlfriend, and I won’t tell anyone how we met,'” she explained to Fox 13.

Lisa had questioned Bobby about his motives and he confided in her that he was exacting revenge on women because he had been hurt by an ex-girlfriend.

Her words persuaded him to drop her off because he felt like her plan to “be his girlfriend,” wouldn’t work, but he no longer wanted to kill her. He dropped her off, but Lisa already knew a lot about him. She had peaked threw her blindfold to see his features and made sure to leave her fingerprints everywhere she could – especially when he let her go to the bathroom.

Bobby Lee Jones is currently on death row in Florida and is connected with the murder of at least 10 women. Lisa is now a school resource officer and a motivational speaker.

Believe Me airs tonight at 8/7c on Lifetime and is also screening at Tampa’s Villagio Theater, where Long was arrested.

DATELINE The Mansion on Ocean Boulevard: Who killed Rebecca Zahau and Max Shacknai?

Where did The Room’s Tommy Wiseau come from, how did he make his money?